Korean Zombie Out 2 Years Due to Military Service 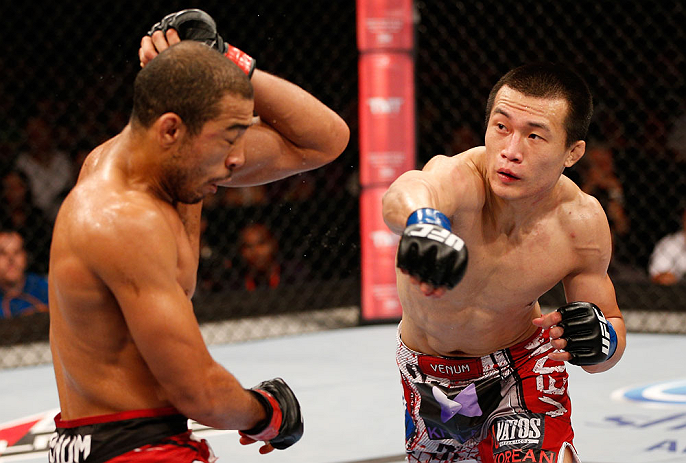 The fighting life is never easy, but Chan Sung Jung has had it tougher than most. A pioneer on the South Korean MMA circuit, “The Korean Zombie” has had more than his share of obstacles to deal with since first emerging on the international fight scene with an unforgettable three-round war with Leonard Garcia in a 2010 WEC bout.

The tough fights, he can deal with them. In fact, Jung embraces the battle. Unfortunately, injuries have kept him to just six fights in four years, and on Monday he announced on his Facebook page that he will be out another two years in order to fulfill his mandatory military service back home.

“All Korean men, if physically capable, are supposed to serve in the military,” Jung told UFC.com through translator / manager Brian Rhee. “So, no, it wasn't a surprise. I was hoping to delay it a little bit longer, so I could get in one more fight and also because my wife and I are expecting our first child this week. But, I'm proud to do my duty.”

Doing his duty, in and out of the Octagon, has always been important to the 27-year-old featherweight contender, and it’s why he’s revered by fans around the world. It’s also why this particular instance hits harder than most, especially for the fighter.

“It's hard for me, especially after being out for so long with injuries the past couple of years,” Jung said. “I really want to fight right now and there are a lot of interesting matchups for me in the featherweight division, so it's going to be tough to be on the sidelines. Also, there are rumors of a card in Korea next year, which is something that I've really been waiting for.”

Last seen in action on August 3, 2013, when he lost a spirited effort against Jose Aldo in a UFC featherweight title bout, a defeat aided by a dislocated shoulder, Jung was scheduled to return on October 4 against Akira Corassani in Sweden, but again, the injury bug bit, forcing him out of the bout. Luckily though, if there is a silver lining to Jung’s two-year military stint, it’s that he’ll be able to stay at home and train. He just can’t compete. 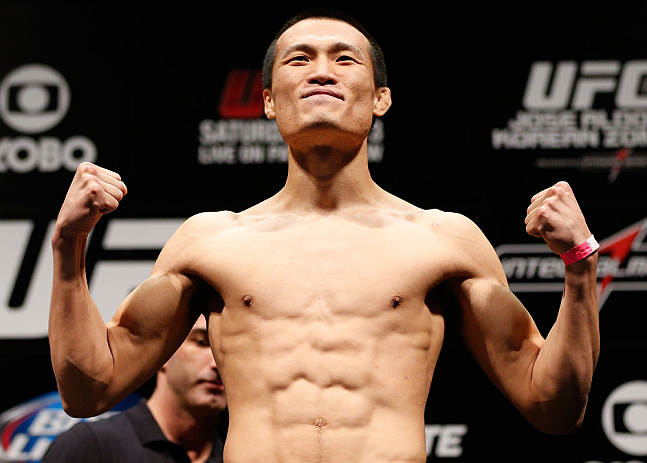 “The upside to all of this is that I get time to fully rehab my shoulder and get over some other little aches and pains,” Jung said. “Since I'll be working in a government office job, I'll be able to live at home, spend time with my wife and new baby and train.”
> Check out the Korean Zombie's fighter profile

Because of Jung’s laundry list of injuries over the years, which include surgeries on both shoulders, his wrist, nose, and orbital bone, it was decided that it would be best to have him serve in an office, and while he will have to fit his training in around his job, he wants to let his fans know that he will be back as soon as he’s given the green light to return.

“I hope the fans won't forget about me,” he said. “I also want to assure everyone that this isn't the end of my career. I'll be back, stronger than ever, to get that belt in two years.”