The UFC’s Super Bowl weekend event in Houston on Feb. 4 will be an explosive one, with the return of a featherweight superstar highlighting the card at Toyota Center. 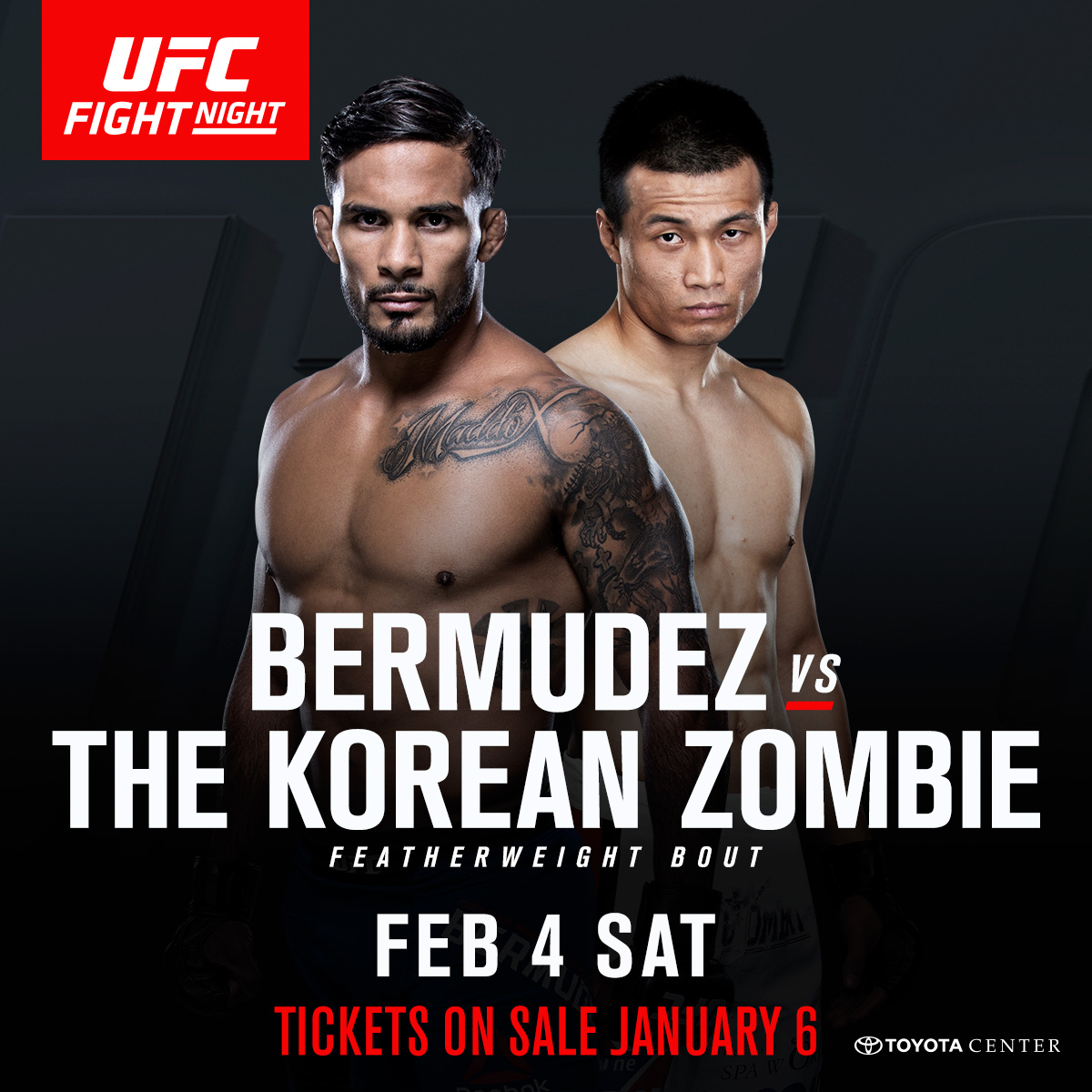