The Korean Zombie Brings It All Back Home

Following a big knockout win, The Korean Zombie is eager to fight in front of him home country.
By Steve Latrell, on Twitter @TheUFSteve • Dec. 19, 2019

The record of Chan Sung Jung is littered with interesting statistics, but there’s one in particular that jumps right off the page: he’s got the third most performance bonuses in UFC/WEC history.

Why is this notably impressive? His tenure in the two promotions only amounts to nine total fights over nine years, and over the course of those battles, he returned home with eight bonus checks. Compare that to the only two men ahead of him: Cub Swanson (12 bonuses over 26 fights) and Jose Aldo (nine bonuses in 23 fights), and the man they call “The Korean Zombie” emerges as a model of savage efficiency. In short, his fans go home happy.

“I always hope to do a fun competition for the fans,” he says through a translator, perhaps also a model of understatement. 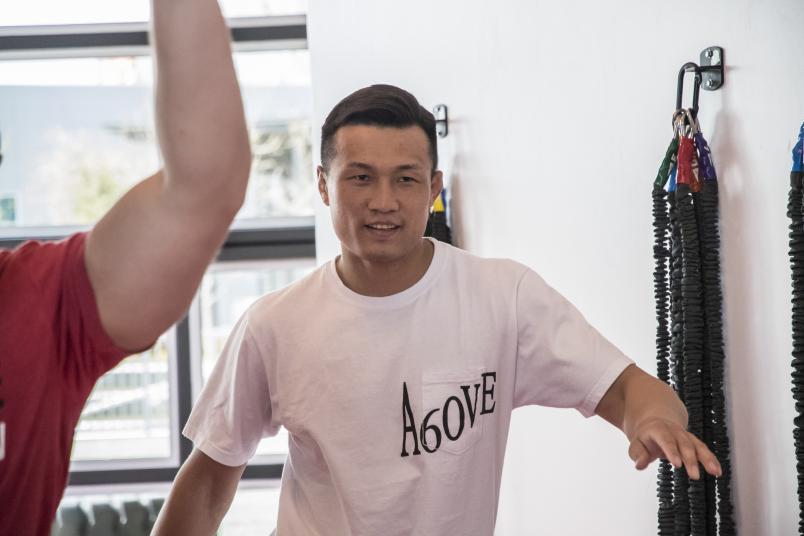 His 2014-2017 hiatus from fighting to perform his mandatory military service in South Korea did little to slow his roll. In the three fights since his return, he’s recorded knockouts of Dennis Bermudez and Renato Moicano, and was one half of one of the great fights of the decade against Yair Rodriguez. He was on the wrong end of the KO that night, but even in defeat it warranted a performance bonus.

That fight - five of the wildest rounds in featherweight history - was initially a tough pill for the Zombie to swallow. Succumbing to a freakish elbow as time expired in a match where he was up on the scorecards, he took little solace in the declaration by fans and the media that they had just witnessed an instant classic by two fighters at their peak.

“I have no excuse,” he wrote on social media. “To everyone who has helped me, I’m truly sorry…I am embarrassed, but I will see you when I get home.” 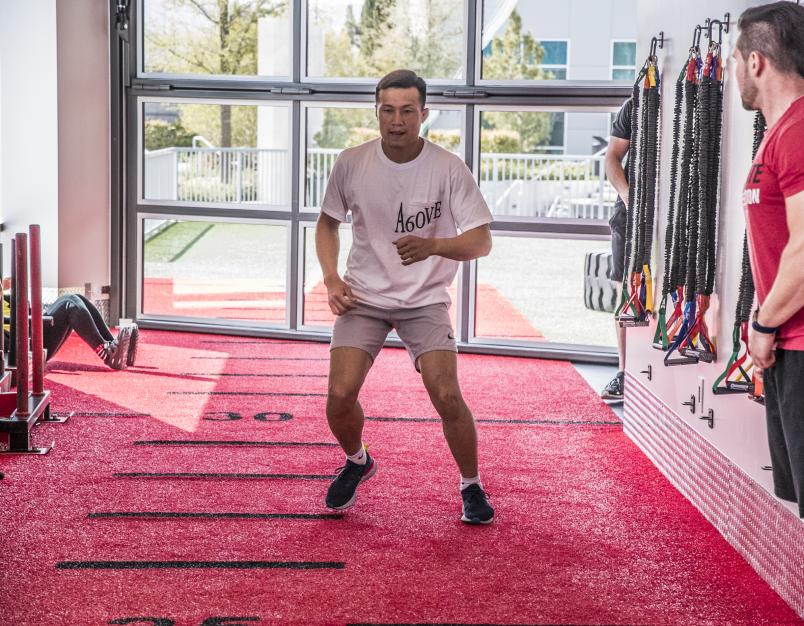 Performances of that kind don’t require apologies of any sort, and if he hasn’t completely embraced the loss since that autumn night in 2018, he is a little more contemplative about it now.

“Even when I lose in a competition, I learn a lot. It makes me come back being an even better athlete. Now, my greatest thing is that I am stronger because of that match.”

For his part, Moicano would probably agree. Leaving nothing to chance or the scorecards, Jung didn’t even need a full minute get back into the win column at UFC Greenville.

More from UFC Busan: Fight by Fight Preview | Jourdan Eager For Vengeance | Fighters On The Rise

It’s worth noting that of the 286 significant strikes Zombie has landed in his UFC tenure, 242 of those landed on his opponent’s heads. That sort of accuracy combined with his own particular power would make it stranger if his opponent’s didn’t get knocked out. In short, the Korean Zombie is a headhunter and he’s coming for you.

His main event against Frankie Edgar this Saturday has all the potential to be an early holiday gift for fight fans. It’s a bit of a “makeup game” for the pair, who were originally slated to fight on that fateful night in Denver, until Rodriguez stepped in for an injured Edgar. This time, Edgar is delaying his bantamweight debut and Zombie is postponing his date with Brian Ortega to satisfy this long-desired pairing.

Special stats. Special performances. And for his next act: a special homecoming.

For all of Jung’s accomplishments in the Octagon, precious few have happened outside of North America, and the country he represents in his nickname hasn’t seen him fight on their soil since 2008.

“Truly, I wanted to fight in Korea for Korean fans all along,” he says, visibly honored to be headlining UFC Busan this Saturday. “I don’t think I can be complete again if I don’t come back here.”

Fans in his home country have proudly supported him from the other side of the world, interminably patient for his triumphant return.

“I think more men than women recognize me,” he says, speaking of his time in his homeland. “But I am recognized a lot.”

As he should be.