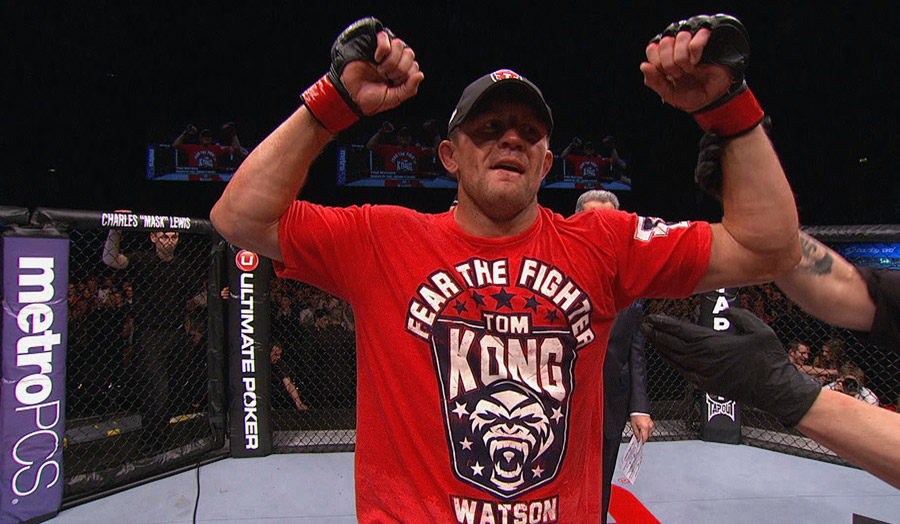 The world famous Octagon® heads to Rio de Janeiro’s HSBC Arena on August 3 for UFC® 163: ALDO vs. PETTIS, where featherweight champion Jose Aldo defends his
featherweight championship against Anthony “Showtime” Pettis. Also on the card, Demian Maia looks to continue his surge towards a welterweight title shot against former No. 1 contender Josh Koscheck.

Southampton-born
Watson (16-5) is looking to build on his scintillating February 16 outing at London’s Wembley Arena, which saw him stop Stanislav Nedkov via second-round TKO. Victory earned Kong the Knockout of the Night and Fight of the Night honours.

Hometown fighter Leites (20-4), who was born in Rio de Janeiro, makes his return to the Octagon after a four-year spell outside of the UFC. He formerly challenged Anderson Silva for the 185-pound strap in April 2009 - losing via unanimous decision, before a subsequent loss to Alessio Sakara saw him exit the UFC.

Since then Leites has won six of seven fights, including wins over UFC vets Dean Lister, Tor Troeng and Jeremy Horn. He also avenged the one defeat picked up during that period against Matt Horwich, and the 31-year-old’s
black belt Brazilian jiu-jitsu skills promise to provide a stiff test for Watson.

Full details on how to subscribe to BT Sport can be found here.

For more fight announcements on the UFC 163 card, click here.