KO Kevin Finishes Kikuno in One 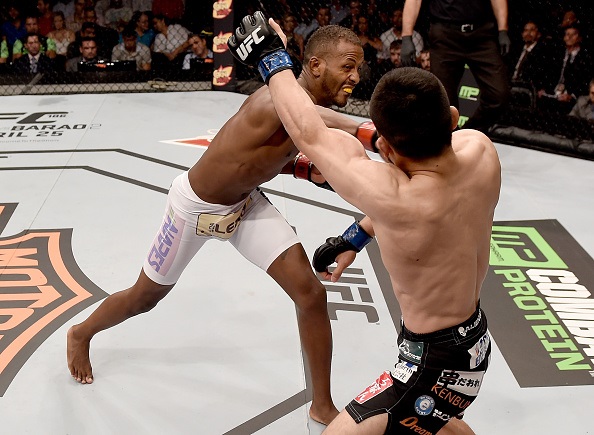 The story of Saturday’s featherweight matchup between Rio’s Kevin Souza and Tokyo’s Katsunori Kikuno was expected to be one of punches vs. kicks. Well, punches won at Ginasio do Maracanazinho in Rio de Janeiro, Brazil, with a single right hand ending Kikuno’s night in the first round of the UFC Fight Night prelim bout.
Souza stalked Kikuno from the start, with little action taking place until Souza shot a perfect right hand down the middle. That was the end of the fight, as Kikuno fell to the mat face first, with referee Osiris Maia halting the bout at the 1:31 mark. 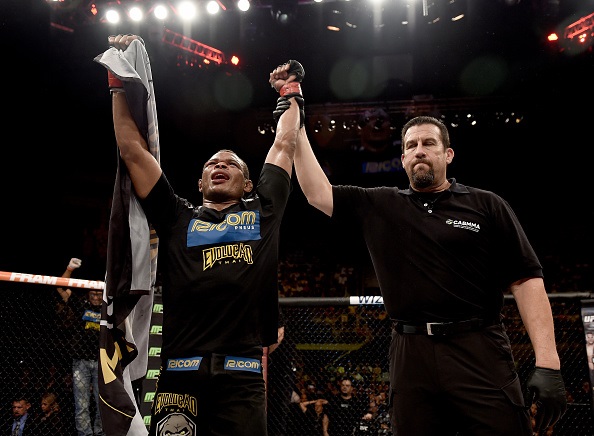 Trinaldo (16-4) clinched up with Arreola as soon as the bout opened, pinning his foe to the fence before slamming him to the mat. Arreola stayed busy from the bottom, cutting his opponent, but it was Trinaldo in control as he worked his ground strikes.

Arreola (23-9-1) had some success with leg kicks early in round two, but in the second minute, it was another takedown for Trinaldo, who kept the Mexico native grounded for all but the final 30 seconds of the round.

The third round saw both fighters keep it standing for the first four minutes, with Trinaldo landing some flush shots but Arreola taking them well. In the final minute, Trinaldo added to his lead with another takedown, sealing the deal on the scorecards. 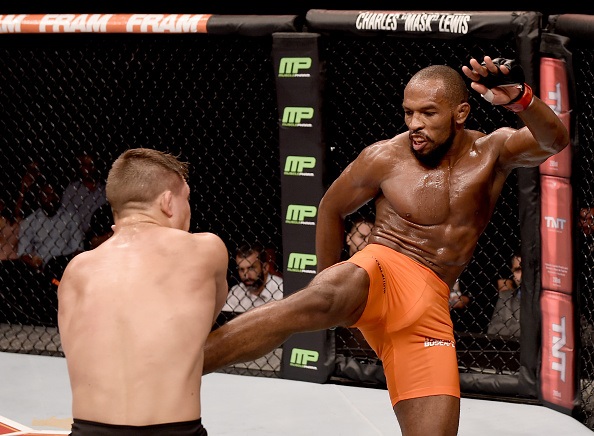 An interesting lightweight bout between Sao Paulo’s Leandro Silva and Omaha’s Drew Dober ended in bizarre fashion, as a referee error prematurely ended the bout in Silva's favor in round two.

Silva showed off some slick movement and solid defense on the feet in the first round, but Dober’s aggression throughout allowed him to edge out the opening stanza.

Round two began with two takedowns by Silva (18-2-1), allowing him to begin working his ground game. With less than three minutes left, Dober (15-7) scrambled in an effort to get free, but got caught in a guillotine choke. Remarkably, just as Dober began to break free, referee Eduardo Herdy inexplicably halted the fight, claiming that Dober tapped out. Replays showed no tap, but the call stood. The official time was 2:45.

“I can survive a guillotine from half-guard,” Dober said. “I did not tap, there was no thought of tapping.” 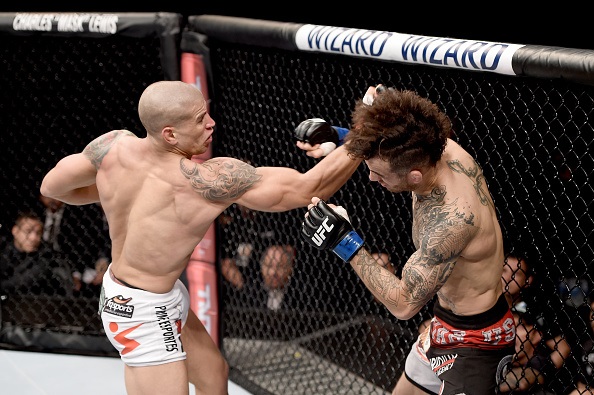 Forty-five seconds into the bout, an exchange led to a knockdown of Mafra by Carrizosa, but after a brief stay on the mat, the two rose and resumed their stand-up battle, Mafra rocking the American against the fence. Carrizosa shook off the blows and several heated exchanges followed, Mafra holding the edge and then scoring a takedown with 1:30 left. The Brazilian got back to his feet immediately, keeping the pressure on as he stalked Carrizosa.

In the second, the former TUF Brazil competitor broke the fight open, sticking to his game plan as Carrizosa tired, and in the third, it was more of the same, though primarily on the mat, as he avoided submission attempts and pounded his way to victory.

With the win, Santa Catarina’s Mafra ups his record to 12-2; Visalia, California’s Carrizosa falls to 6-2. 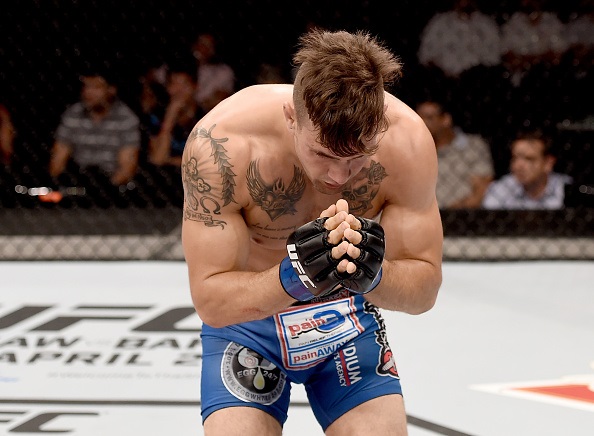 Christos Giagos spoiled Jorge de Oliveira’s Rio homecoming, submitting his opponent in the first round of their lightweight bout.

Giagos (11-3) got the fight to the mat in the first 30 seconds, taking de Oliveira right out of his element. The Californian got into the mount position and began teeing off with strikes. De Oliveira (7-2) fought hard to get loose, staying busy with his own strikes, but Giagos wasn’t about to let him off the hook, and after taking de Oliveira’s back, he sunk in the rear naked choke that produced the tap out at 3:12 of the opening stanza. 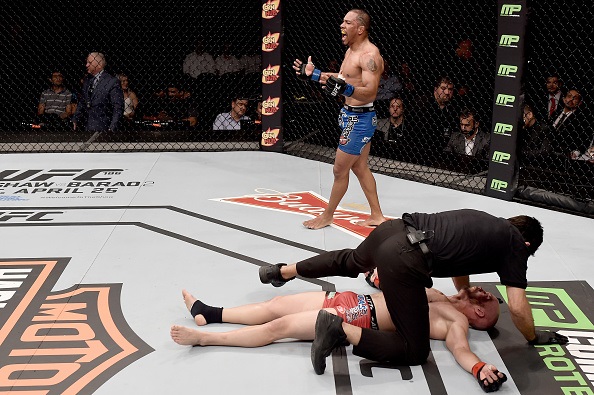 A former Olympic wrestler for Colombia, Serrano didn’t get to show off his wrestling until the closing minute of the first frame, when he broke open a competitive round with a takedown. Before then, Serrano got off some hard right hands on the often elusive Syler, and in the second, it was more of the same striking attack from the Colombian, who banked another round.

Cut over the left eye, and seemingly down two rounds, Syler was told by his corner that he needed to finish his foe in the third to win, and he came out fast, only to be taken to the canvas for a quick takedown. Upon rising, Syler’s left eye was checked out by the Octagonside physician, but after being cleared to continue, the Bolivian ate a single right uppercut that knocked him out at 1:34.