Drakkar Klose Knows What's On The Line At UFC 248

Drakkar Klose enters the biggest moment of his career this week at UFC 248. He knows exactly what's on the line.
By Thomas Gerbasi, on Twitter: @TGerbasi • Mar. 5, 2020

With a 5-1 UFC record, a main card slot on this Saturday’s UFC 248 card and a matchup against one of the most respected veterans in the lightweight division, Drakkar Klose is right where he needs to be as he approaches his first fight of 2020. But the Michigan native is greedy (in a good way), so he wants more.

“I've got to go out there and put a show on,” he said. “At the end of the day, it's a business, and I understand that if I'm not marketable and I'm not putting people in the seats, I'm not going to be able to get those big fights.”

Those of the words of a young man who probably won’t ever be satisfied, and in this line of work, that’s a good thing. So while the 31-year-old already is marketable, has already delivered solid efforts in his wins over notable names such as Marc Diakiese, Lando Vannata and Bobby Green, and has already proved to be one of the top up and comers in the 155-pound shark tank, in his eyes, the bar has to be raised over and over and over again. And it will be raised when he meets Dariush, who, like Klose, brings a three-fight winning streak into T-Mobile Arena this weekend.

“I think this is gonna be a real good test for me to see where I'm really at,” said Klose. “Dariush, I can't take him lightly. He's been around the game for a while and I've fought a lot of strikers, so now this is going to be a test to fight a grappler.” 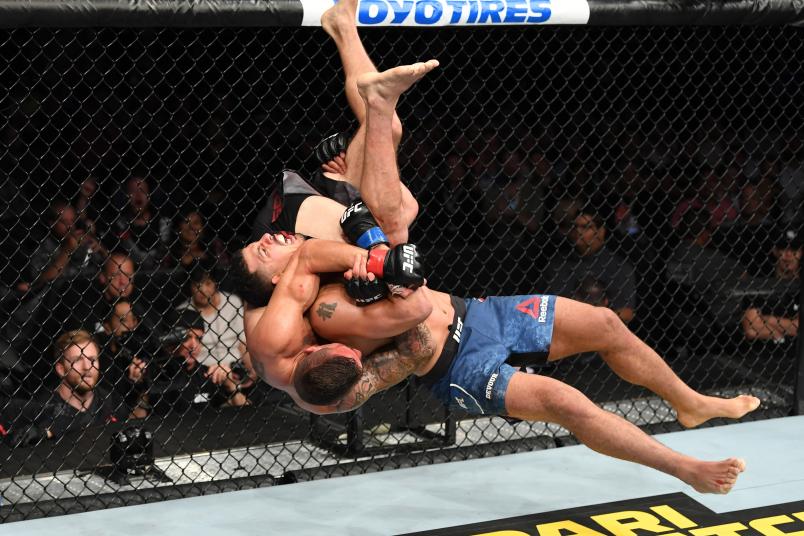 Klose, who is coming off an August 2019 win over Christos Giagos, was supposed to face Dariush last July before injury pulled the Californian out of the fight. That extra time has undoubtedly helped Klose get up to speed on both Dariush and the black belt-level ground game he possesses.

“Every fight, I give up stupid positions, and I can't make those mistakes with him because one mistake and that could be the end of the fight,” he said. “But I'm excited to fight him.”

He’s also excited to chase a finish, something he hasn’t pulled off since a second-round TKO of Alejandro Garcia in August 2015 that took place on a regional show in Arizona.

“I know that sometimes when I do go out there and think I'm gonna knock this guy out, I come nowhere close to trying to finish him because I'm just worried about that and it's getting me out of my game instead of going out there and making sure I do what I need to do to win,” said Klose, who scored knockouts in four of his first five pro wins. It’s been a different story since arriving in the UFC, but when you consider the ramped-up level of competition, it’s not surprising. So what’s the solution? He may have found it. 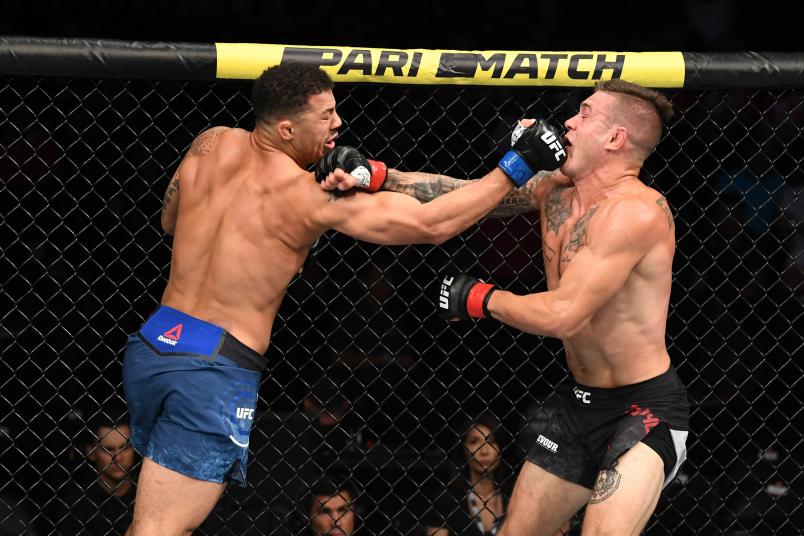 ANAHEIM, CALIFORNIA - AUGUST 17: (L-R) Drakkar Klose and Christos Giagos exchange punches in their lightweight bout during the UFC 241 event at the Honda Center on August 17, 2019 in Anaheim, California. (Photo by Josh Hedges/Zuffa LLC/Zuffa LLC via Getty

Watch Klose This Saturday Against Dariush At UFC 248 | Order Now!

“I've been seeing a performance coach and he's been telling me I have to look at this different,” said Klose. “Look at the fight as a partnership, not as a war. If me and Dariush were overseas fighting in a war, we would be best friends trying to help each other survive. I want Dariush to have the best camp, I want to have the best camp so he can bring the best out of me. If he doesn't push me to my limits and try to make me perform my best, then he's cheating me. It's a whole different mindset and I think it's helped me a lot.”

Now all that’s left is to put it into practice on fight night, and Klose is ready to do just that.

“I know his whole game plan is to get me to the ground, but he gets hit a lot. He doesn't like that pressure, and when the pressure does come, that's when he's reaching and trying to grab you and he leaves himself open for big shots. So when I do pressure him, I've got to capitalize on those openings and make sure he feels it. But I’m just looking to put on exciting fights. I'm gonna go in there and put my heart in everything and hopefully come out victorious.”