Klose excited for a fresh start at UFC 226 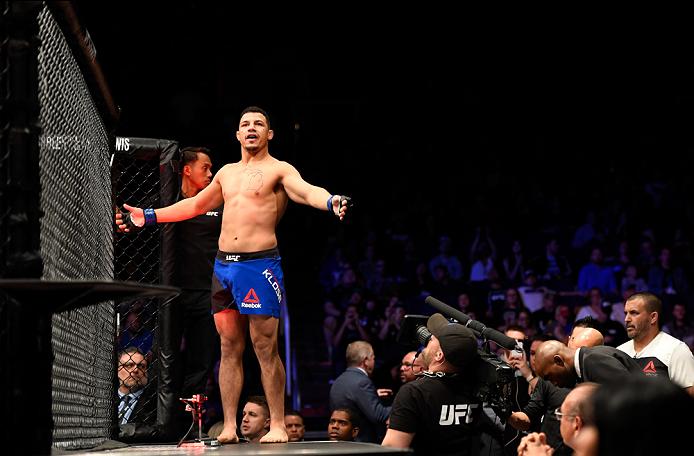 Newly minted 30-year-old Drakkar Klose has too much on his plate right now to worry about yesterday’s news. He’s going to be a dad at the end of the month and this weekend he faces fellow lightweight prospect Lando Vannata on the UFC 226 card in Las Vegas. But if you ask him about the first and only loss of his career against David Teymur in December, he will answer the questions.

“If I’m gonna lose, I want the refs looking over me when my eyes open up,” he said. “I don’t ever want to lose like that again. I just can’t leave it in the judges’ hands and I should have done a little bit more, but it is what it is.”

The loss to Teymur, which came in his home state of Michigan, wasn’t exactly the kind of loss that keeps you up at night wondering what you’re doing with your life after a one-sided beatdown. Instead, it will give a competitor like Klose a sleepless night or two thinking about what could have been done to deal with Teymur’s safety-first game plan in Detroit.

“I thought when I signed the contract we were actually gonna fight and I wasn’t going to be chasing him around,” Klose said. “It is what it is, though, and the only person I can blame is myself. When I watch that fight again, I just wish I kept my composure. All the gestures and stuff I was doing was a little too much. I should have just stayed in his face and kept the pressure on him. To me, it was a little embarrassing looking back at that and seeing myself doing all that stuff and getting out of my comfort zone.” 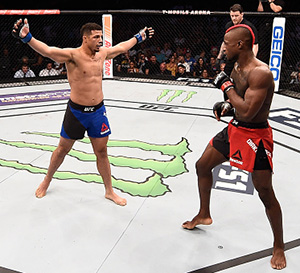 It’s a mature response to a disappointing night for Klose, who put together a pair of wins over Devin Powell and Marc Diakiese to begin his UFC career in January of 2017. To close out his first year in the Octagon with a 3-0 record would have been nice, but it wasn’t meant to be, and the only thing he can do now is look forward.

To get to that place, Klose first decided that he had to trim his circle. Then, with only positive folks around him, he will begin again this Saturday.

“I think it’s a fresh start,” he said. “When you haven’t lost in so long, you get caught up in trying to do everything just to win and not to go out there and perform at your best, but just to win. After that fight, I kind of went on a little Vision Quest, thinking about my life and just cutting people off. I’m a giver and I worry about other people so much it takes away from me, so I started cutting people off and started thinking about myself.”

RELATED: On the Rise - Drakkar Klose

And with a solid camp in the bank, he’s looking forward to not just getting a win, but to get in a fight.

“It’s never felt like I’ve been in a fight where I took a lot of damage, and I want that, I want to feel alive,” Klose said. “Hopefully he brings it, but it’s weird. Some people might be aggressive, but when they fight me, they do the total opposite and they run. Hopefully, he’s not that person, and I don’t think he is.”

Most fighters would say get in, get out, no muss, no fuss, take the win, cash the check and go home. Klose wants something more.

“We put in all this hard work, and some of us have been doing this since we were little kids and this is all we know how to do,” he said. “So being able to go out there and showcase our talents in front of millions of people and be yourself, that’s amazing. I can’t wait to do that. I think everything has happened at the perfect time in my life leading up to this fight and I think I’m gonna have a great performance.”