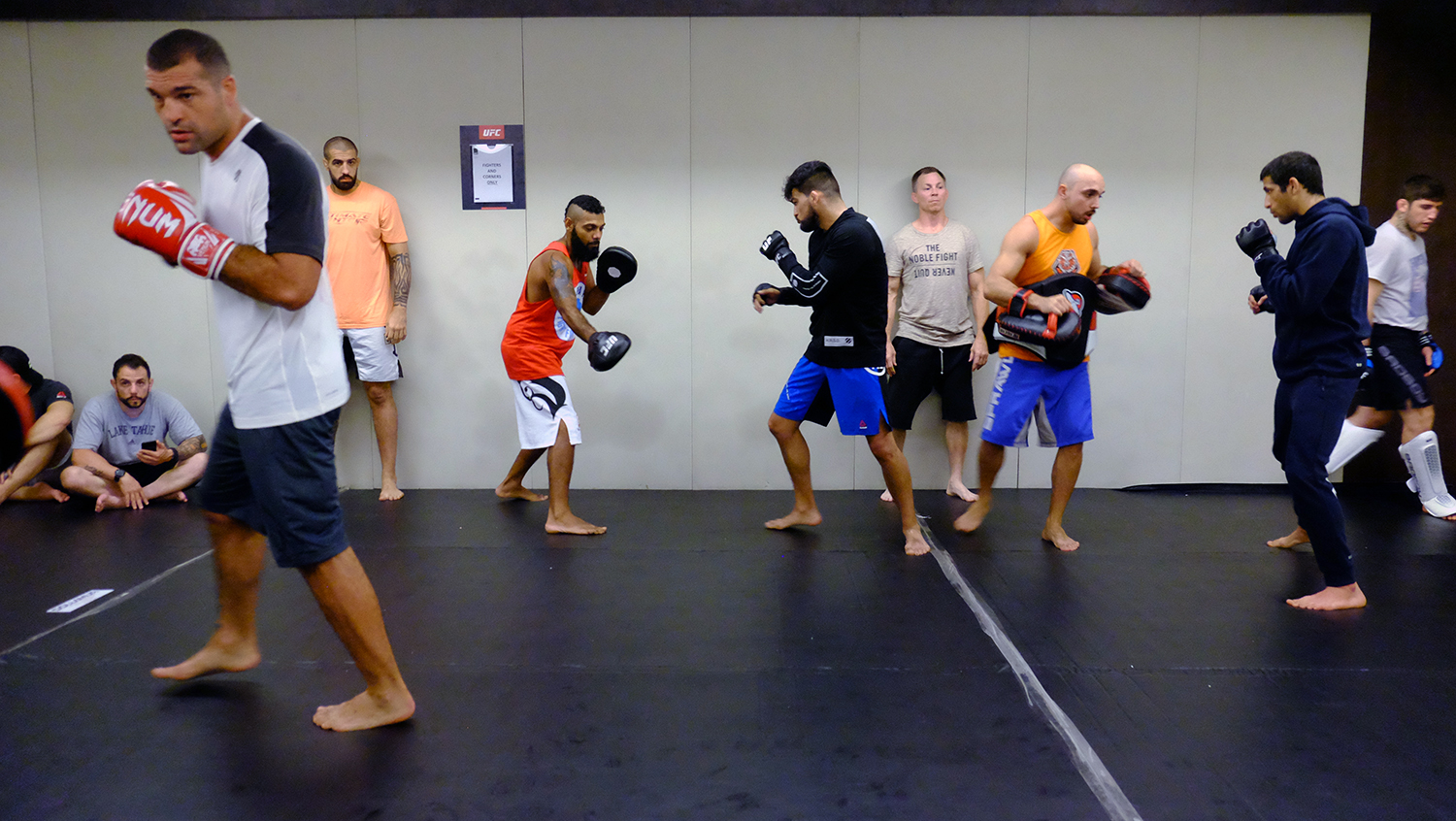 It is just past midnight when coach Rafael Cordeiro begins the session in the workout room of the Hotel Gran Marquise in Fortaleza.

Several fighters and coaches are gathered to support three names: Kelvin Gastelum, Shogun Rua and Beneil Dariush, all of whom will see action Saturday night at UFC Fight Night Fortaleza.

More than 5,000 miles separate the Kings MMA gym in Huntington Beach, California from the small, hot room in Fortaleza, but the energy is the same tonight as it is on any day.

Professor Cordeiro orders five rounds, mixing shadow boxing and grappling followed by a minute of rest. The idea is to practice techniques, lose weight and set the timing to peak when the fighters enter the Octagon at the Centro de Formacao Olimpico.

Cordeiro, one of the most recognized coaches in MMA, has seen everything in the sport. He is one of the few to have been in the corners of PRIDE, and remains extremely active today, at the highest levels.

His three fighters in Fortaleza represent that experience: Shogun, 35, a legend with 34 fights to his credit; Dariush, 27, with 16 fights is an established Top 10 lightweight.

Gastelum, 25, has 16 fights under his belt and is the youngest winner of The Ultimate Fighter.

The former LHW champ @ShogunRua shows you how his fighting style helped him get to the top of the UFC #UFCFortaleza pic.twitter.com/8ZG5XM8x3b
— UFC (@ufc) March 8, 2017

In the steamy hotel ballroom that’s doubling as a gym this week in Fortaleza, the three of them sweat heavily, sit during brief periods of rest and breathe deeply in each pause. When they restart, they do not slow down. The Cordeiro fighters move quickly in the small space, sometimes almost colliding with each other, then pause to smile and clash fists.

At times they manage to forget the oppressive humidity, the heat of the room, the weight cut, the closed and suffocating space. They are at home. They are among family.

At the end of the five rounds, Rafael Cordeiro remembers this sense of community. He gathers the fighters and reminds them to thank those who have helped them, and motivates the three fighters with thoughts of the challenges before them. They conclude as they always do back in California, with a prayer for their health of that of their opponents. Even Tim Means and Sergio Moraes join the circle, in which everyone but Cordeiro is silent.

It’s the end of a good night, and a good workout, for the Kings MMA team in Fortaleza.