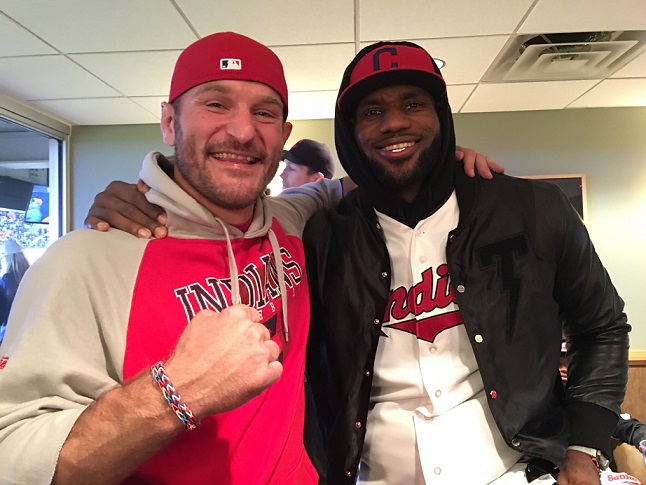 The kings of Cleveland united for last night’s Game 2 of the World Series in Cleveland. That is, of course, LeBron James, longtime considered the king of the NBA and the best player in the world, and the UFC’s heavyweight champion of the world, Stipe Miocic.

Before James returned to Cleveland and delivered the NBA title this past June, it was actually Miocic who brought “The Land” its first championship when he KO’d Fabricio Werdum at UFC 198 in May. When the Octagon traveled to Cleveland for the first time ever at UFC 203, Miocic delivered again for his hometown and KO’d Alistair Overeem to keep his belt.

On Wednesday the two stars joined forces to cheer on the Cleveland Indians, who held a 1-0 game lead over the Chicago Cubs.

The Indians lost 5-1 and are now tied with the Cubs 1-1 for the series. Cleveland travels to Chicago for Game 3 on Friday at 8pm ET.