Rebounding After His First Loss Since 2018 Was No Tough Task For Detroit's Own Khaos Williams
By Thomas Gerbasi, on Twitter @TGerbasi • Jul. 2, 2021

It took six months and 15 minutes, but when Khaos Williams’ June 19 bout with Matthew Semelsberger was over, all was right in his universe once again.

“Definitely,” he said. “I hate losing. I hate the losing feeling more than I love the winning feeling, so I feel good to be back in the winning column.”

Having to rebound from a loss was a feeling the Detroit welterweight hadn’t felt since 2018, when he was decisioned by Dan Yates in his fourth professional fight. After that defeat, Williams ran off eight consecutive victories, highlighted by a pair of knockouts over Alex Morono and Abdul Razak Alhassan that lasted a combined 57 seconds and kicked off his UFC career in spectacular style. 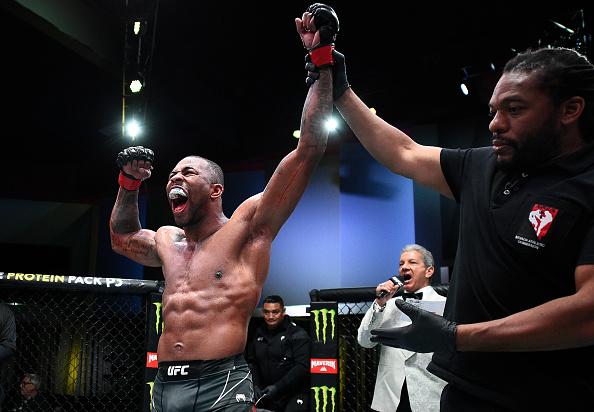 Khaos Williams reacts after his victory over Matthew Semelsberger in a welterweight bout during the UFC Fight Night event at UFC APEX on June 19, 2021 in Las Vegas, Nevada. (Photo by Chris Unger/Zuffa LLC)

But his perfect 2020 campaign ended in imperfect fashion when what was expected to be a barnburner fizzled out with Williams losing a three-round decision to Michel Pereira. But last month, Williams was back. There wasn’t the “Khaos” that marked his first two appearances in the Octagon, but a more disciplined, mature attack against Semelsberger. You could even say he turned on the veteran tricks at the UFC APEX, which is pretty impressive for someone with just 14 pro fights.

“Even as an amateur, I was having trouble getting fights, so I'd fight whoever they put in front of me,” he said. “Out of my camp in Michigan, I had the toughest fights as an amateur. Even as a pro starting off, I had some of the toughest fights. Even if the guy's record was 21-21 or something, he fought like he was better than his record, and I went in there and I won, and I was just battle-tested.

Which means there isn’t going to be a summer vacation for “The OxFighter,” who was planning a quick return to the gym.

“I gotta stay in shape and stay ready,” Williams said. “I'm just getting started. I'm young in the game and I want to let the people know I'm here.” 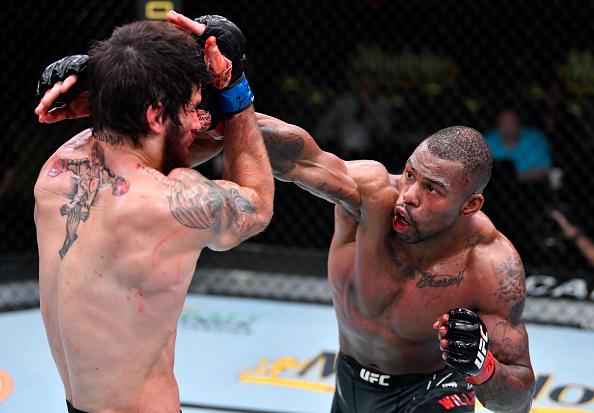 They already know, but one of the top UFC rookies of 2020 isn’t content with past glories. He’s not even content with simply sticking to what got him here in the first place. So for the Semelsberger fight, he spent time not just with Joaquin Rodriguez and his home team in Michigan, but with the Jackson-Wink MMA squad in Albuquerque.

“My situation was already good, the formula was good and I feel like if it ain't broke, don't fix it, but it's always good to add to it, and that's what I did,” said Williams of his trip out west, which also allowed him to get away from the distractions that often come with being a fighter on the rise in the big show.

“A lot of people know me, so it's just so easy to get distracted a little bit,” he said. “I don't really get too distracted, but it's easy to get a little distracted at times. But in Albuquerque, there's really nothing going on, and not just Albuquerque, but out west, period. If I just go somewhere where people don't know me as much it's a good thing.”

Are you saying you’re pretty popular in Detroit, Mr. Williams?

“I'm pretty popular everywhere, man,” he laughs. “I'm not trying to toot my own horn or nothing, but my name's ringing bells a little bit. I'm coming up and they love the realness. But I'm always humble and I'm modest, I put the work in, and I've been doing it for a minute. If you look at my Instagram posts from three, four years ago, I probably wouldn't even get a hundred likes. Now, it's thousands, so this hard work and dedication and timing is just catching up to itself, that's all.” 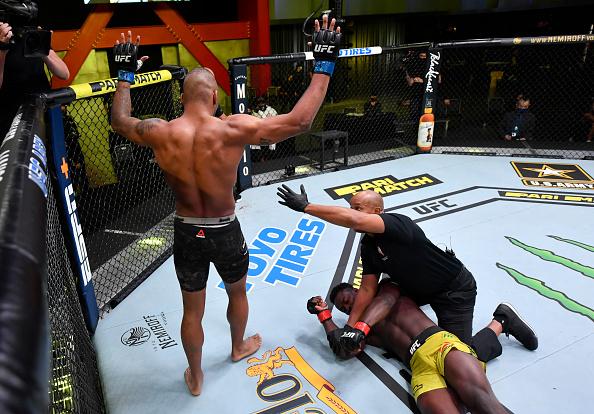 Khaos Williams reacts after his knockout victory over Abdul Razak Alhassan in a welterweight fight during the UFC Fight Night event at UFC APEX on November 14, 2020 in Las Vegas, Nevada. (Photo by Jeff Bottari/Zuffa LLC)

It’s success well earned for the 27-year-old, who has gone through plenty to get to this point in his life. As for his determination to make it, he believes part of it comes from his Midwest zip code.

“They say if you can make it in Detroit, you can make it anywhere,” said Williams, who was spotted with a “Detroit vs Everybody” shirt during fight week in Las Vegas. “At the end of the day, it's the Midwest, and it's not easy out here. I look at it like this: I'm just straight out the mud. But I'm just trying to inspire people that got a dream and are without the support system, without the money, and with the odds stacked against them. That's what I'm trying to do - continue to inspire and motivate people.”

He’s well on his way, and it’s long way from where he came from. But would he be the fighter he is today if he didn’t come up like he did?

“Probably not,” Williams said. “It was God's plan. I went through a lot of trials and tribulations and I had a lot of setbacks and there were a lot of times when I was going through stuff in my life and I really didn't even understand why I was going through it and I didn't even see the end of the tunnel, but I always kept God first and I kept believing that things would get better and always told myself that no matter what, it could always be worse. But everything happened how it's supposed to happen, and I wouldn't change it.” 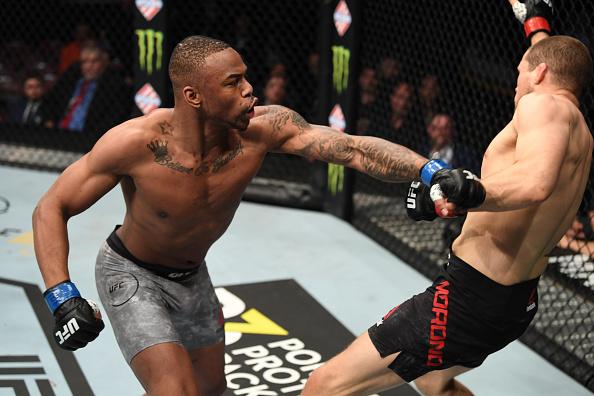 Khaos Williams punches Alex Morono in their welterweight bout during the UFC 247 event at Toyota Center on February 08, 2020 in Houston, Texas. (Photo by Josh Hedges/Zuffa LLC)

Especially not now, as the future is brighter than it’s ever been for a calm young man nicknamed “Khaos”.

“Life is a marathon,” he said. “Not a sprint. And I definitely get excited thinking about the future because I don't know what the future may hold, but every day I wake up, it's another day to be better than I was yesterday. I'm not a fortune teller so I can't say what the future may hold or what my life may end up being, but I'm grateful and I take every day by day. But I'm hungry, and I know what I do want, and I'm gonna just keep grinding to get it.”