Khamzat Chimaev Is Hungrier Than Ever

A Year After Cementing Himself As The Hottest Prospect To Watch, Khamzat Chimaev Returns With The Spectacular On His Mind
By Zac Pacleb, on Twitter @ZacPacleb • Oct. 28, 2021

Khamzat Chimaev’s breakout moment came and went like a blink. After racking up a pair of dominant wins in the span of 10 days on UFC Fight Island, Chimaev took on Gerald Meerschaert – a fight many viewed as a solid barometer. Seventeen seconds into the fight, Chimaev uncorked a right hand that put Meerschaert out cold, and a flurry of hype followed.

It seemed like a matter of time before Chimaev was making noise in the welterweight and/or middleweight rankings, but a COVID-19 diagnosis in December kept the sport’s hottest prospect out of action for more than a year because of the virus’ lingering effects. After flirting with the idea of retirement, Chimaev returns to Abu Dhabi with a fight against Li Jingliang to remind everyone why he garnered so much buzz a year ago.

“(Waiting) was hard,” Chimaev told the media in Abu Dhabi. “It’s always been hard. I fight only four, five years in MMA. Before that, I was watching the fights. That time was also hard. I wanted to fight in the UFC. Now, I’m here and fight this Saturday. I’m hungry. More hungry than I’ve been because I was out for one year.” 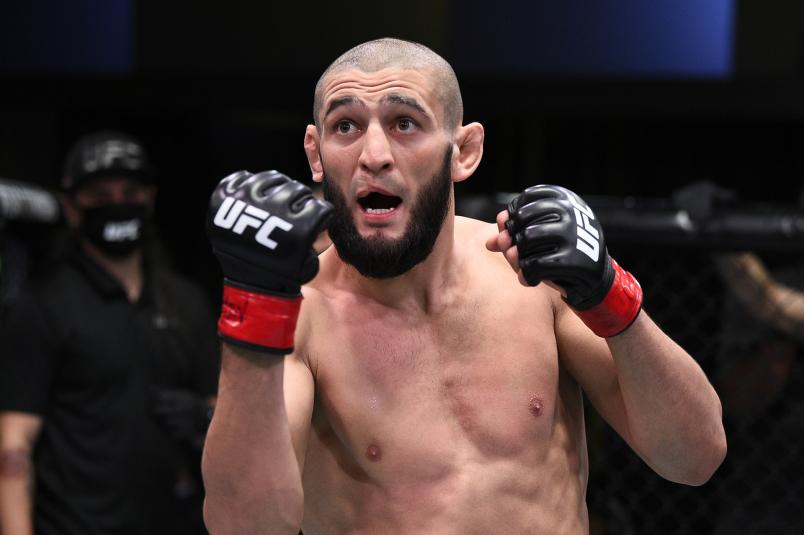 Khamzat Chimaev of Chechnya celebrates after his knockout victory over Gerald Meerschaert in their middleweight bout during the UFC Fight Night event at UFC APEX on September 19, 2020 in Las Vegas, Nevada. (Photo by Chris Unger/Zuffa LLC)

Without question, Li is his biggest test, but Chimaev admits he wasn’t really aware of “The Leech” before getting his name from the matchmakers. He watched Li’s fight against Neil Magny, a decision loss, but other than that, he didn’t spend a lot of time crunching tape.

That said, despite Li’s extensive UFC record and penchant to make a competitive fight out of any matchup, Chimaev isn’t all too bothered about who is in front of him on fight night.

The fight is a welterweight matchup that could spring Chimaev into the rankings at 170 pounds, a division his coach requested he compete in for his return fight. Naturally, though, Chimaev wants to bounce back up to middleweight afterward, so it seems like it’s full steam ahead for the two-division force.

Although Chimaev hopes to return to his hyperactive ways and compete many times in the next year, he fears his performance on October 30 might ward off some opportunities.

“I don’t think these guys want to fight with me after this fight,” Chimaev said. “They’re going to start being scared again. Complain, ‘He didn’t fight somebody, a good guy, blah, blah, blah.’ Things like that. We’ll see what happens after this fight.”

If anything, Chimaev remains consistent with the way he talks about each fight and his own projection of his career. Of “The Leech,” Chimaev said he’ll “eat him up” and move on to the next guy. 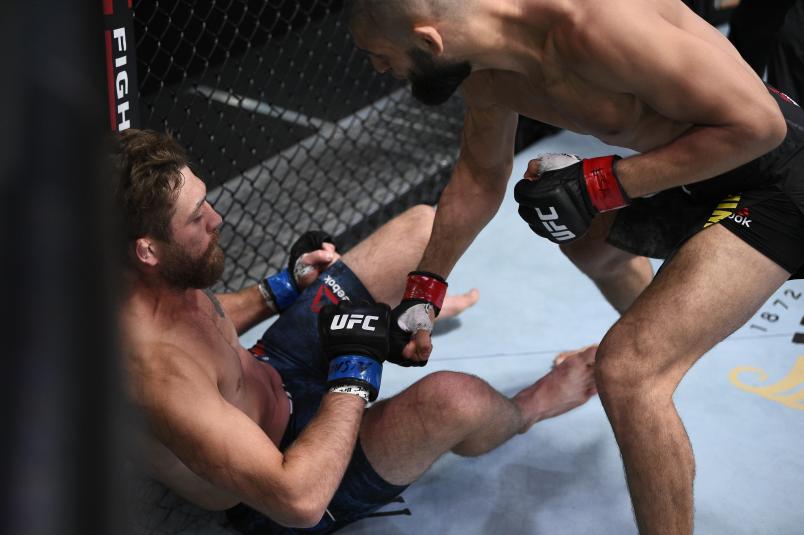 So far, it’s hard to imagine another outcome just based on the way he handles business. Nine professional fights, nine finishes, with six coming in the first round. He’s an explosive wrestler with true one-punch power – a terrifying combination for any opponent to deal with in the Octagon.

The bout will be his first in front of a real crowd in Ethiad Arena, but Chimaev is relatively unbothered about the atmosphere. He just wants to fight and continue the journey he jumpstarted in 2020.

If all goes to plan, the Chimaev hype train will be back up and fully operational. That said, Li is as tough and competitive as they come, which could mean we learn more about Chimaev than ever before. To that idea, Chimaev is all smiles because he just wants to fight everyone and anyone, ranked or unranked. It’s back to being his time to shine and remind fight fans why all eyes should be on the 27-year-old on fight night.

“They’re always going to talk about somebody better than me, but I know who I am,” Chimaev said. “I’m going to go take his head.”