Kevin Souza: He Knocks People Out 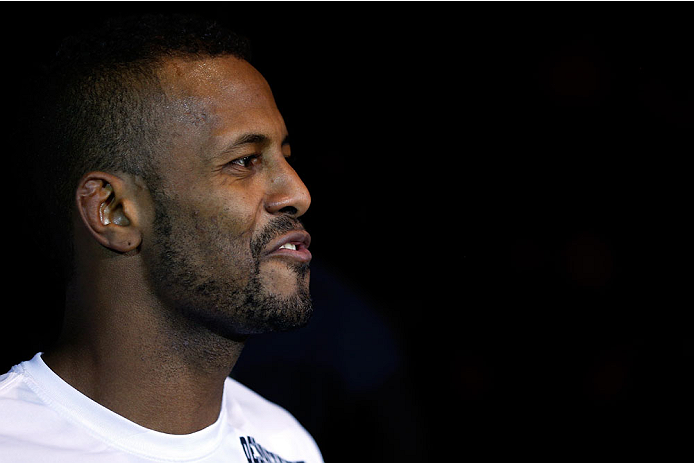 He played a little joke on all of us in his Octagon debut, but now, Kevin Souza is back to business.

And Souza’s business is knocking people out.

About a year and a half ago, the UFC signed a power-punching featherweight who had been tearing up the Brazilian MMA scene whose first name was Edimilson, but he went by Kevin. At the time, Souza was enjoying a seven-fight win streak / path of destruction, as all those victories were of the KO variety, with more than half of them having a local title on the line.

Then came the fateful night at UFC Fight Night: Teixeira vs. Bader, as Souza stepped inside the Octagon to face fellow countryman and game opponent Felipe Arantes. After going the full 15 minutes for the first time in his then 17-fight pro career, Souza left the Octagon with a broken arm and a split decision win.

Needless to say, it wasn’t the debut he expected, but Souza put that performance in his rearview and came roaring to life in his second UFC appearance at The Ultimate Fighter Brazil 3 Finale last May. 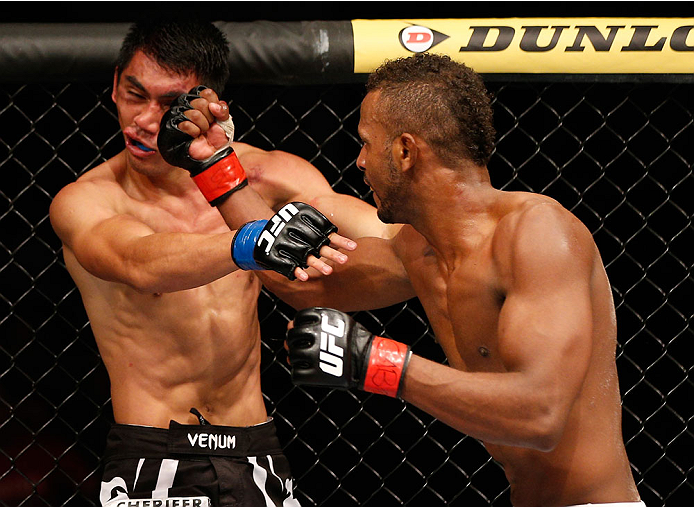 “I wanted to make sure that I resumed my origin as a knockout artist, after a debut by split decision,” Souza said. “I was a little apprehensive, anxious fighting against an undefeated guy, but at no time did I imagine a different result that was not my victory.”

With only eight seconds left in the second round, Souza did resume his role as a knockout artist by scoring a TKO over Mark Eddiva. The pair would earn Fight of the Night honors, as neither backed down from the other while they pitched fastball fists for the entirety of the scrap. Souza pushed forward with punches and stalked Eddiva with strikes from the start, and when Eddiva would land something of his own, Souza would smile.
> Watch: Kevin Souza vs. Mark Eddiva

“I'm aggressive,” Souza said. “I like to end the fight as quickly as possible. This is my style. I feel happy and fulfilled doing what I prepared to do all my life, from childhood. Something like in the movie ‘300,’ not only is it in my blood, but I also fight for pleasure.”

The win improved his pro record to 18-3 and the stoppage bumped up Souza’s KO count to 13. Nowadays, it should come as no surprise to those who face Souza that his goal is to lash out early and often with his reach and land as many of those heavy-handed shots as need be to stop them in their tracks. Souza welcomes a slugfest and he looks at home calmly chucking bombs as his opponent tries to fire back. Some say that comfort level and power is a preternatural gift and Souza is not one to argue, jokingly saying his power is like a donkey’s kick. 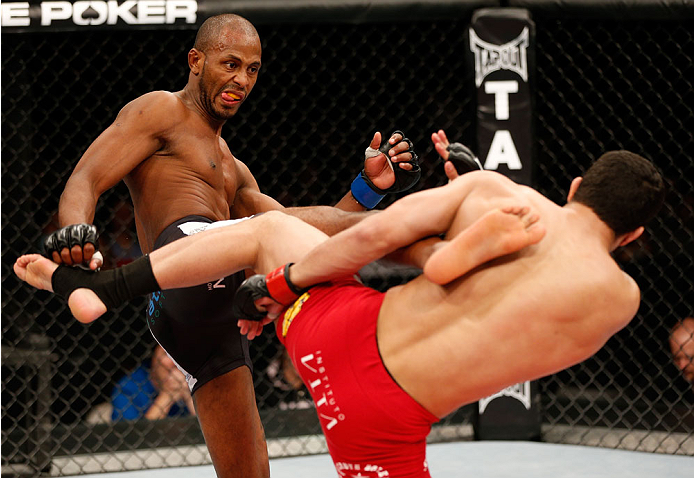 Fair enough. But more likely, Souza’s deft punching power comes from his years and years training boxing. Starting at the age of nine in his native Salvador, Souza picked up boxing and chose an excellent role model in eventual Brazilian Olympic boxer Kelson Pinto. Most well-known for winning the gold medal in the light welterweight division at the 1999 Pan-American Games, Pinto continues to be a huge part of Souza’s life as his striking coach.

“Since I was small, I admired Kelson Pinto as an example of athlete and person,” Souza said. “I mirrored my whole life taking him as a reference. Today, I am very grateful to have him as a coach, brother and friend. I've been improving every year with my coach Kelson Pinto.”

Up next, Souza will enter the Octagon for the third time on his native Brazilian soil as he takes on Japanese striking specialist Katsunori Kikuno at UFC Fight Night: Maia vs. LaFlare. Coming off a highly-successful featherweight debut, Kikuno secured a second-round rear naked choke of Sam Sicilia in September. Kikuno is no novice in the stand-up department, as he made a name for himself in Kyokushin Karate tournaments before earning his 12 of his 23 pro MMA wins by KO. 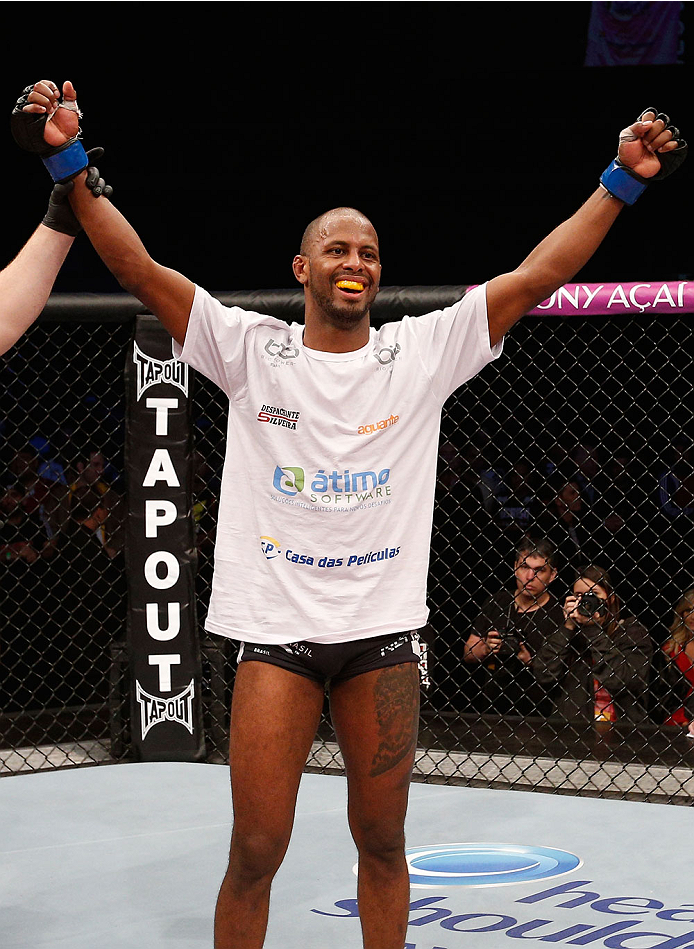 This should be a wild duel, pitting Souza’s punches versus Kikuno’s kicks. While Kikuno has knockouts via punches, and even a palm strike, the Okinawa Kenpo Karate stylist likes to wear his opponents down with kicks to the legs and body, which lowers their defense for him to deliver a fight-ending blow. It will be up to Souza to use his reach and size advantage to bully Kikuno around before he can get his feet set underneath him.

This Saturday in Rio de Janeiro at UFC Fight Night: Maia vs. LaFlare, featherweights will collide as Souza aims to go to work on Kikuno. What should fight fans expect?