Kevin Lee Took Gillespie Fight Because It's "The Most Dangerous"

“At the end of the day, I’m a competitor. I want to compete with the best and he (Gillespie) is the most decorated wrestler at 155 and one of the most decorated in all of the UFC."
By Thomas Gerbasi, on Twitter: @TGerbasi • Oct. 29, 2019

The comment swirled around the MMA world, Kevin Lee’s assertion to James Lynch of theScoreMMA that his UFC 244 fight against Gregor Gillespie was “the dumbest fight I could’ve took.”

Lee, making his return to the lightweight division after a welterweight loss to Rafael Dos Anjos in May, then runs down everything he’s heard regarding the matchup with the unbeaten New Yorker.

This kid’s undefeated, he’s on the up and up, he’s gonna try to make a name off of you.

It’s in New York, he’s from there so he’s gonna have the crowd behind him.

There’s really no upside to it.

Lee chuckles, knowing that the punch line isn’t meant for laughs, but to show who he is.

“For me, as a fighter, this is the most dangerous fight that I could take, so that gets me up in the morning. He’s a big challenge.”

If you didn’t respect the 27-year-old Lee before, how could you not now? Gillespie is a legitimate threat in the lightweight division and Lee is coming off back-to-back losses to Dos Anjos and Al Iaquinta. A third straight would be crushing, but Lee’s mindset is that if he’s going to make a run at the title at 155 pounds, this is the perfect statement to declare that he’s back.

“At the end of the day, I’m a competitor,” he said. “I want to compete with the best and he (Gillespie) is the most decorated wrestler at 155 and one of the most decorated in all of the UFC. The kid would have been in the Olympics if it wasn’t for Jordan Burroughs, so a fight like that just does more for me. I’m a competitor; I’ve got to sleep at night, too. It’s not just the wins or the money; it’s about growing and getting a little bit better. And after a fight like this, it’s gonna show a lot of people where I stack up coming back down to ’55 and remind them who is the future of the division.”

For a while, it looked like that future had already arrived, especially after wins over Michael Chiesa and Edson Barboza. But in the last two bouts, it looked like Lee had lost his way. He doesn’t dispute that. 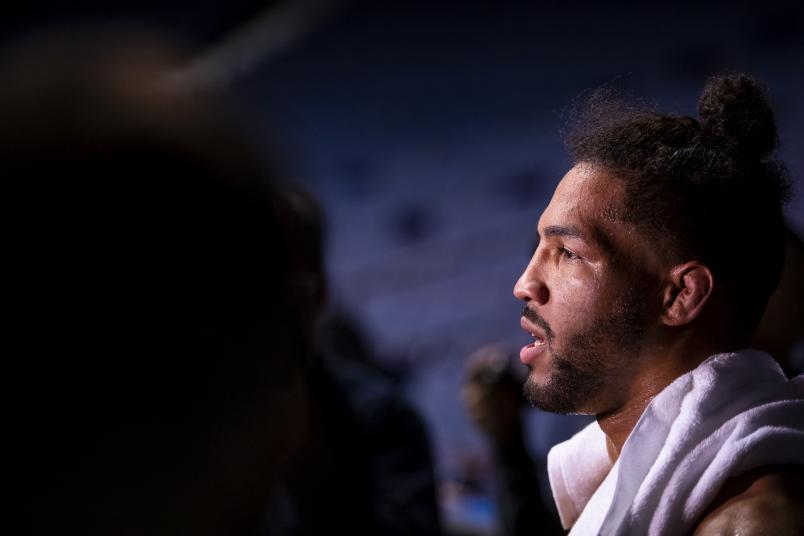 Until the last couple months, when Lee packed his bags and left Las Vegas for Montreal, the home of the Tristar Gym and head coach Firas Zahabi.

“It was mostly for Firas Zahabi,” Lee said of the move east. “I was kinda missing that guy who really understood the game completely, and sometimes you can just feel it, and it just felt right. And ever since I’ve been here, I can see week after week after week, I get a little bit better each time. And I feel like it’s gonna give me that focus that I’ve been missing.”

He also left a place of distractions for what has become a place of much needed solitude.

“It’s about putting myself in uncomfortable situations – being in a whole new city, a place where I don’t really know anybody – those are the spots in my life where I’ve really grown, when I’m really uncomfortable,” Lee said. “So it’s not just coming here and training; it’s a little bit of everything and figuring out who you really are as a person. And when you’re alone, you get a little bit more time to do that.” 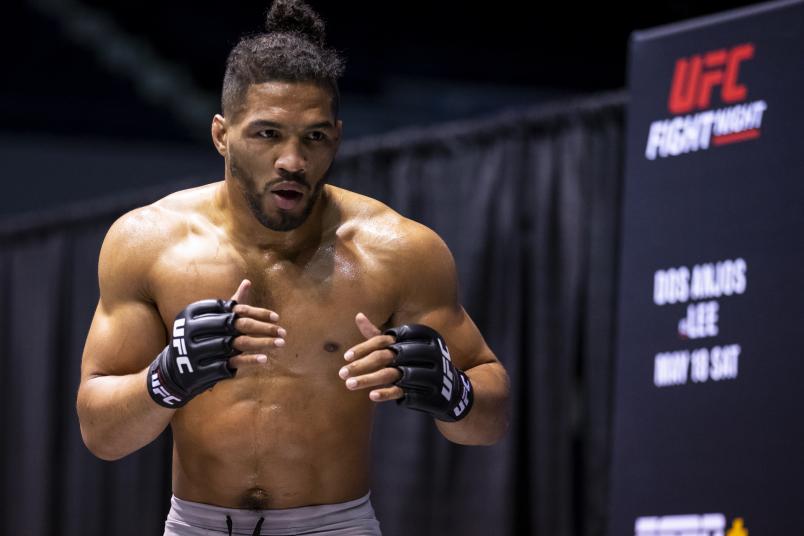 And though he only gave himself one shot at battling with the 170-pounders, he always knew he was going to return to the place where he made his name.

“It was inevitable that I was going to go back,” he said. “There was too much unfinished work, too many unfinished storylines that even I wanted to see at ’55, so the timing just worked out right more than anything.”

And timing is everything, especially on a top of the line race car ready to make its move on a field of equally world-class competitors. So is Lee’s car ready with its driver in place?

“I know the direction I’m headed, and you’re gonna see that on fight night,” he said. “I’m gonna be a lot more focused and, more than anything, I’m gonna show a more complete and mature me.”