No. 2 Bantamweight Tests Herself Against The Best In Quest For Title Shot
By Steve Latrell, on Twitter: @TheUFSteve • Jan. 12, 2023

Flashback to UFC 224, May 12, 2018 in Rio De Janeiro. Raquel Pennington is challenging Amanda Nunes for the women’s bantamweight title in the main event, and just down the hall in Jeunesse Arena, Ketlen Viera was taking questions from the media…as a guest fighter.

At the time, Vieira was one of the rising talents in the division, and her proximity to talents like those in the main event made sense. It wasn’t a stretch to think her fate might entangled with either woman if her then-undefeated streak continued. Then life intervened, as it often does, sidelining the Brazilian with a knee injury while she was scheduled to face Tonya Evinger. Injuries are part of the bargain in MMA, but this particular one would keep Vieira outside the Octagon for nearly two years.

Full of faith but low on patience, she resumed her fight career at UFC 245—another card featuring Nunes—only to suffer the first loss of her career by way of a clean first-round KO from Irene Aldana. 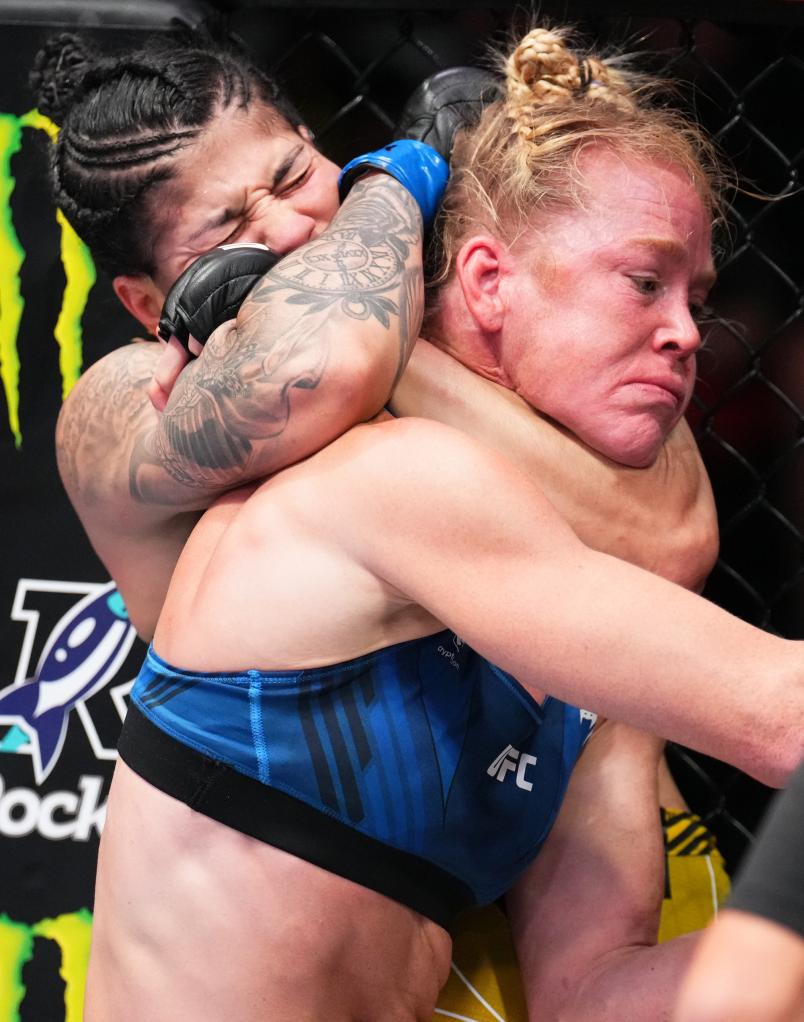 Ketlen Vieira attempts to secure a rear choke submission against Holly Holm in a bantamweight bout during the UFC Fight Night event at UFC APEX on May 21, 2022 in Las Vegas, Nevada. (Photo by Chris Unger/Zuffa LLC)

“I had been talking to my master (Dedé Pederneiras) about this,” she tells UFC.com “I believe very much in God's plans, that things happen in His time and not in mine. I entered the UFC with only two years of MMA and was thrown in the lions' den, maturing by force. However, I believe that today I am living a better moment and I am much more experienced, not only in the Octagon, but in life, as well. It is a set of things. Now I'll have a big test and if I pass, I'll think about the next step.”

Her winning ways resumed against Sijara Eubanks, and a loss on the scorecards to Yana Kunitskaya raised more eyebrows about the judging than it did about Vieira’s skill set. In fact, her two most recent appearances—and wins—were both in main events over former champions: Miesha Tate and Holly Holm.

Armed with those notable victories, a No. 2 ranking and a renewed confidence, Vieira found her way back to knocking on the door of a title shot where her compatriot still reigns supreme. 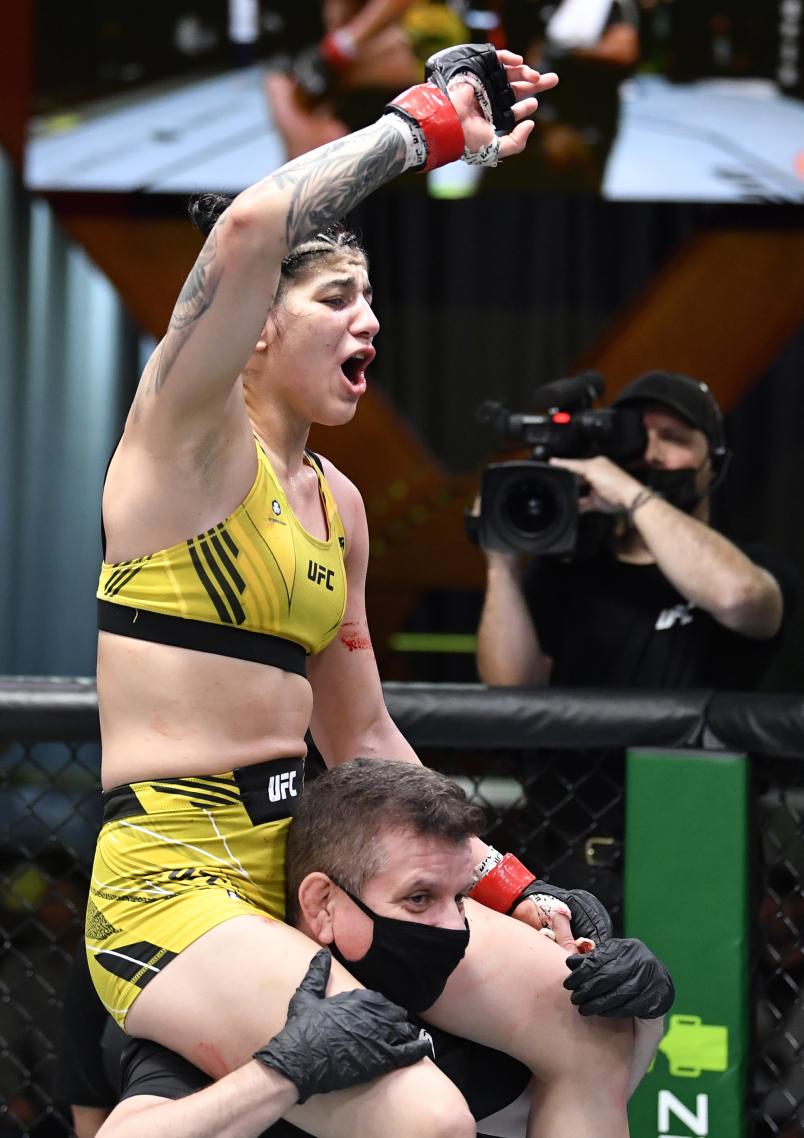 Ketlen Vieira reacts after her bantamweight fight against Miesha Tate during the UFC Fight Night event at UFC APEX on November 20, 2021 in Las Vegas, Nevada. (Photo by Chris Unger/Zuffa LLC)

“I don't like a Brazilian confrontation,” she says of a potential matchup with Nunes. “There aren't many of us inside the UFC, but unfortunately this will happen if I have the opportunity to fight for the belt. It's my dream and there's no way I can let it pass. However, I would like it more if it wasn't a Brazilian. However, if it happens, it is part of my job.

“I always say it's an honor because she is a Brazilian and is building a legacy. I don't know if one day I will fight with her but, for me, it would be a great honor. I would feel very happy and honored to enter the Octagon and see her in front of me. I respect her history very much and I am very happy that she has done everything she has done in her career. She has fought the best and beaten the best in an overwhelming way. And she is Brazilian.”

It feels like perhaps the only thing standing between “Fenômeno” and a chance to dethrone Amanda Nunes is Raquel Pennington.

RELATED: Raquel Pennington Hopes To Put In Her Best Effort Yet

“I'm very happy, very honored. My dream is not only to be in the UFC, but to fight against big names, big fighters, and be able to beat them. This is even more important. I'm very happy to face another big name, which is Raquel Pennington. Long before I dreamed of being in the UFC, she was already here. For me, it will be a great fight to be able to face a very experienced athlete like her. I always approach my fights as if I were fighting a champion. Always with a lot of respect and hard work.”

Following her title challenge back in 2018, “Rocky” stumbled in two of her next three (against former champs, to be fair). No stranger to comebacks following serious injury, the Coloradoan has since put together an impressive four-fight run that has accelerated her desire to rematch Nunes. Vieira knows this main card matchup won’t be a walk in the park.

“I always project the worst possible scenario when I think about the fight, so I predict it will be a great war inside the Octagon, because it is a great opportunity for both of us,” she explains. “I come from two wins against two former champions and she comes from four wins in a row. It's a great opportunity for both of us. I am sure she has prepared a lot for this, because she is a very experienced fighter, she has faced great fighters and fought for the belt. Nothing I present to her will be new, as she has been tested against the best. So it is a very important fight for me, so that I can test myself (against the best), as well.”