Kenny Robertson: One Step at a Time

"I want to show I’m a finisher and that I can go in there do whatever it takes to finish my opponent." - Kenny Robertson 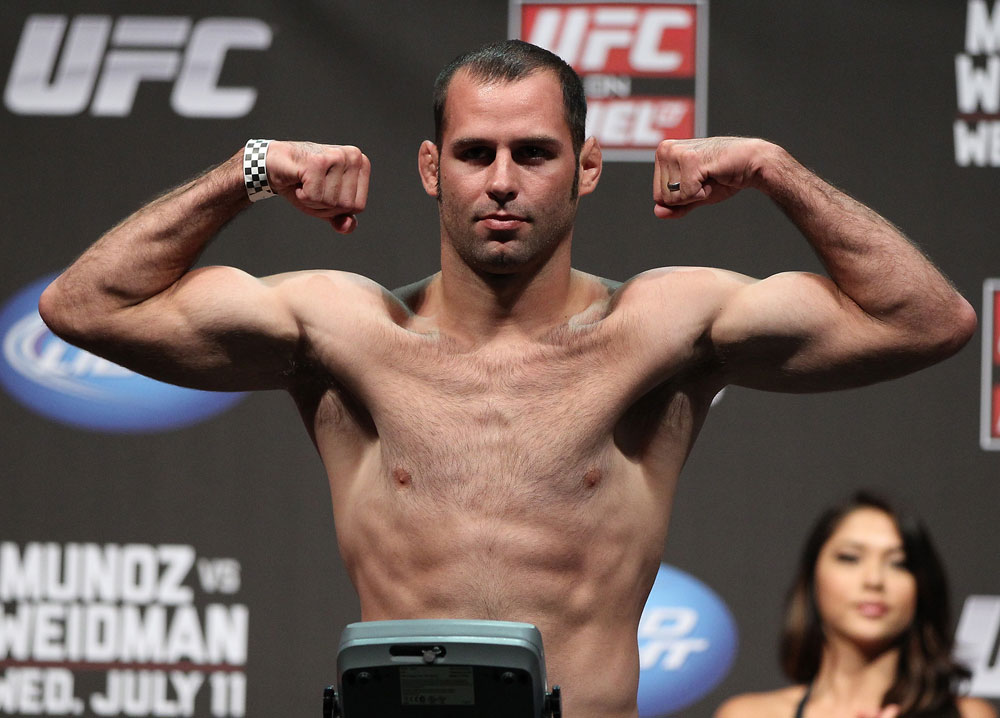 The process of fighting your way onto the sport’s biggest stage is a difficult challenge by all measures. A mixed martial artist has to build their skills on the regional circuit, progressing with every step, and building their records until they receive the phone call they have been working diligently towards.

For 28-year-old Kenny Robertson, the opportunity to compete inside the UFC Octagon is a dream realized, lost, and found again.

After a successful run fighting for smaller promotions around the Midwest, the Illinois native was tapped to face veteran Mike Pierce at UFC 126. Unfortunately for Robertson, his performance did not yield the desired results, and he suffered a TKO loss in the second round of the bout.  The loss was disappointing for Robertson, but the aftermath compounded when he was promptly released from the UFC following his fight with Pierce.

Under these circumstances, a fighter can choose to fold up shop and walk away or dig deeper to get back to where they feel they belong. In Robertson’s case, the Central Illinois Combat Club fighter returned to the grind and scored a first round KO victory over former UFC fighter Lucio Linhares in a bout overseas. The victory put him back on track and when perennial welterweight contender Jon Fitch pulled out of his fight with Aaron Simpson at UFC on FUEL TV 4, the second chance Robertson had been looking for presented itself.

The former Arizona State University wrestling standout may have earned the unanimous decision nod, but Robertson’s performance earned him another appearance inside the Octagon. That opportunity will come against Brock Jardine at UFC 157, and Robertson is looking forward to locking up with the Pit Elevated fighter.

“I think I match up pretty well with [Jardine],” Robertson said. “Hopefully I’ll be the faster fighter and I believe I will be. He likes to throw a lot of power shots and he mixes it up with kicks and punches in his standup. I match up well with him and I think I’ll be able to take him down whenever I want to. Hopefully I’ll be fast enough to dictate the pace, set it at a high level, and wear him out.

“I want to show I’m a finisher and that I can go in there do whatever it takes to finish my opponent. Whether it is standup or submission, I don’t really care. I just like getting in there and getting after it.”

As a young fighter in a sport which is becoming increasingly competitive, experience and the lessons learned along the way are priceless. For a fighter like Robertson, who is looking to carve out his place on the UFC roster, every step of the journey comes with a sense of urgency, and a fighter’s ability to turn negatives into positives can make all the difference.

“Obviously getting cut sucked,” Robertson said. “Every loss is bad but you can learn a lot from them as well. Personally, I believe I learn more from a loss than a win and those experiences have helped me become a better fighter. It helped me learn to prepare better. I try to evolve my standup each and every time out and along with that my wrestling and my jiu-jitsu as well.

“It felt really good to get that call that I was back in the UFC, but I was really disappointed with my conditioning for my last fight. Halfway through the second round I was gassed and there is no excuse for that. I took the fight on late notice but just wasn’t in good enough shape to do what I wanted to do in there. That was probably the low point for me.”

If the grind of two careers weren’t enough, Robertson is fighting out of the Midwest, where high-profile gyms and top-level training partners can be difficult to find.  While talented fighters come out of the region, it is yet to be seen as a power player in the fight game.

“I think the Midwest is a bit overlooked, but it is such a big area and you have to travel so far to train with good guys,” Robertson said “I travel to Mahomet to work with Dan Hornbuckle. I travel to Springfield to work with Matt Veach and Dustin Jacoby. I have traveled to Indianapolis, which is three and a half hours away, to get in some training. I think the reason the Midwest is overlooked is because most of the time there are only one or two top guys per gym. That isn’t always the case, but most of the time it is kind of sporadic.

Every fighter looking to make his way at some point experiences the difficulty of balancing training and what it takes to pay the bills…and Robertson is no exception. The Peoria-based fighter is a teacher by day, but once the classrooms are empty, he heads into the gym looking to further his skill set as a mixed martial artist.

Whether or not having two careers will ever change, it is an option which remains unseen at the present time.  That being said, with a growing family at home, and a steady career as a foundation, Robertson is moving forward with his MMA career one step at a time. Even if the opportunity to train and compete full-time became a possibility, it would be a difficult decision for him to make.

“I have a really good gig here with teaching,” Robertson said. “They allow me to take time off to fight and they are really supportive of me. It keeps me busy throughout the day and I’m still able to get my workouts in.

“It’s a cutthroat sport,” Robertson added. “I’ve been cut just as many others have been cut as well. If you are off just a little bit it can pretty much cost you a career. I have a good job with a salary. I teach at a good school and it would be hard to give up. It would be nice though.”