It is pretty safe to say that I have been to a UFC event here and there,
but this upcoming UFC in Toronto will truly be historic - it'll be the largest audience in UFC history and it also marks the debut of the UFC Fan Expo in Canada.

Because I am
kind and noble, not to mention remarkably good-looking, I will share some tips and tricks to getting the most
out of your UFC experience there. 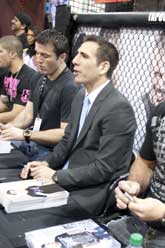 * Work in groups to corner your favorite fighter -- semi-circle traps work best. Don't give them an out.
Back them up against a wall and form a semi-circle that will keep them
there for hours. Linking arms in an “Amish Sweep” formation leaves no
gap for escape.


* Have spotters and look-out crews to alert the masses. "Hey everyone! That's Chuck Liddell!!" Don't hesitate to yell this even when he isn't there - it's great for breaking up crowds and getting to the front of a non-Chuck line faster.

* Here are some answers to some common questions that will save everyone some time: 1. Yes, fighting in the UFC is cool. 2. Yes, Dana White is cool. 3. The next UFC event will also be very cool. 4. If you are asking a fighter who they are fighting next, the answer is most likely already confirmed and on the internet. Feel free to look this up ahead of time. For the record, they are hoping for a war and it will be a great fight.

* If you see one of the UFC’s Octagon girls, be original with your pick up lines. For example: “You have beautiful eyes, can I touch them?” 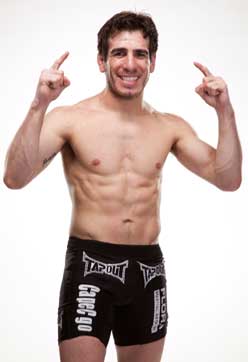 * Always tell fighters you are their biggest fan, and then ask them who they are fighting next or what they have been up to lately. They love that.

* Find two fighters who are fighting each other soon and wait until they are close to one other. Make sure you tell them that you hope they kick the other guy’s ass right in front of them. Sincerity is crucial.

* Don't be afraid to ask fighters to sign a dirty pair of underwear. They will sign anything.

* Always give a fighter some fight tips when you see them. “You need to throw more kicks,” “You need to keep your hands up bro,” or, ahem, “Work on your wrestling, Kenny." Most fighters don’t have time to think about this stuff so these comments are a big help.

* If you want immediate respect walking around the expo then please bring your most violent t-shirt. Nothing says "I love MMA" like an XXXL "bleeding Lion" or a "sword carrying pit-bull."

* Have your cameras/camera phones ready to fire at all times. Bring a fancy fanny pack to carry chargers, extra batteries & memory for your cameras. Fanny packs = respect in the MMA community.

* For you guys out there, just so you know, there is no masculine way to get your t-shirt signed if you are wearing it. 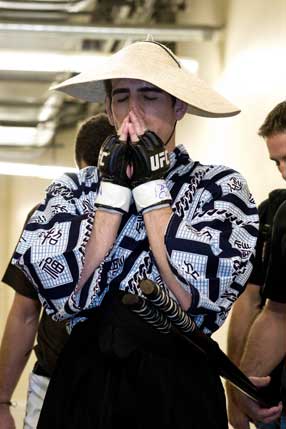 This has been my most sincere attempt to assist you with this upcoming UFC 129 event in Toronto. See you there . . . maybe.

I think we can all agree that the tips Mr. Florian has outlined above with regards to meeting UFC fighters are extremely helpful; however, now you're probably sitting there asking "What is the proper etiquette for meeting you, Sir Florian?" I'm here to give you some crucial advice..... 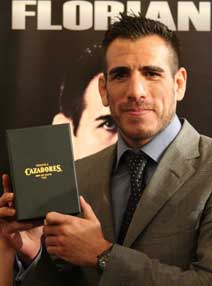 * If you see Mr. Florian, make sure you refer to him only by the following: Primetime, Your Highness, Mr. President, Dr. Love, Bootylicious, or Sensei.

* Do NOT look Mr. Florian directly in the eye. (Looking him in the eye is considered a direct challenge.)

* When you address Mr. Florian, give him a compliment, such as, "You look astonishingly handsome today, Mr. Florian!" and then when he ignores you, thank him anyway out of respect.

* It is customary to bring Mr. Florian a gift when meeting him for the first time. Since his birthday is just a short month away, be proactive and bring him two gifts. Mr. Florian is registered at Net Jets and Mercedes-Benz. Depending on weather, he may require a nice fur. Chinchilla or any other South American rodent will suffice. If the "Cotton to Foil" ratio on your shirt is less than 3 to 1, please bring a Japanese framed pair of sunglasses to shield Mr. Florian's eyes from becoming "over-dilated." (Quick Recap: Bring two gifts, one for meeting Mr. Florian and one for his future dated birthday. Bring a third gift, a fur coat, if the temperature is below 52 degrees Fahrenheit or 11 degrees Celsius. And one final gift if you appear overly shiny in daylight.)

* If you would like an autograph from Mr. Florian, I will be making appointments in 10 second intervals through Twitter @kenfloassistant. Please keep your requests under 140 characters.

Thank you in advance for following these instructions meticulously.

Kenneth Florian is a Boston-based athlete next fighting Diego Nunes at UFC 131 in June. For more information, visit KennyFlorian.com or follow him on Twitter at @KennyFlorian.