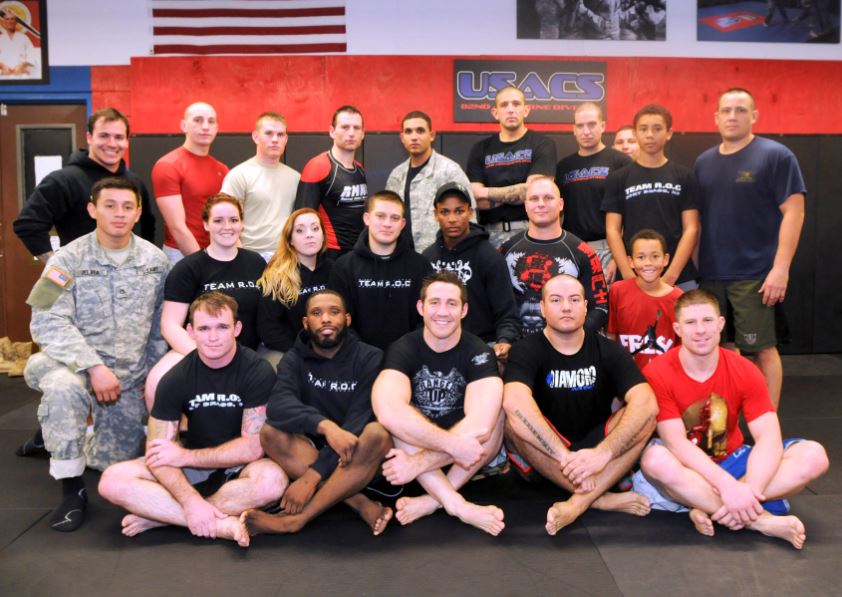 Many in the audience spent the earlier part of the day weighing in and registering to compete in the championship’s elimination and intermediate matches that are running from 9 a.m. to 3 p.m. at Ritz-Epps Physical Fitness Center today.

“We are pleased to have Tim here to share his experience with our Soldiers and Families,” said Staff Sgt. Jeffrey Yurk, the noncommissioned officer in charge of the tournament and the 82nd Airborne Division Combatives and Advanced Tactics School. “We are especially proud of the Soldiers from around the Army who will be showcasing their skills this weekend.” 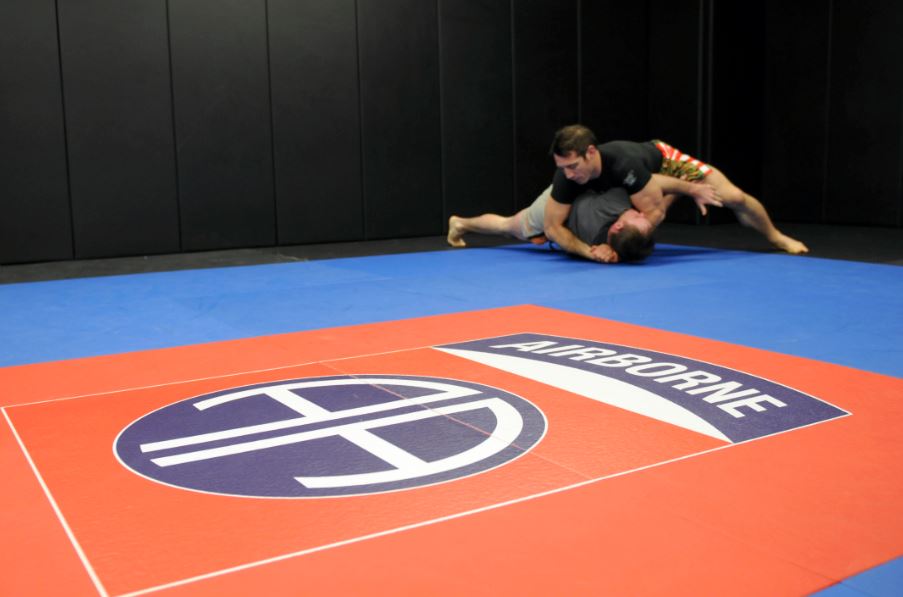 Kennedy, who currently serves as a Soldier with the Texas National Guard, was stationed at Fort Bragg during part of his time as an active duty Green Beret, from 2003 – 2009.

“This is my home. Coming back here is surreal,” Kennedy said. “It’s just wonderful.”

The National Guardsman spent a large part of the seminar showing Soldiers and Families different moves to take down their opponents, including a D’Arce choke, an arm and guillotine, and an Anaconda Russian roll.

For those in attendance, the seminar was a welcome opportunity to improve their unarmed combat skills. Although he had just learned of the event that day, Sgt. Baron Daye, who serves with 3rd Brigade Combat Team, 82nd Abn. Div., cancelled his plans for the evening so he could come and hone his skills with Kennedy at the schoolhouse.

“Whenever you get a chance like this you have to take it,” Daye said. “I got to learn more about the takedown and how to properly do an Anaconda choke.”

In addition to the individual ways to take down an opponent, Kennedy emphasized the overall discipline and resiliency these Soldiers must exhibit to be a successful combatant. 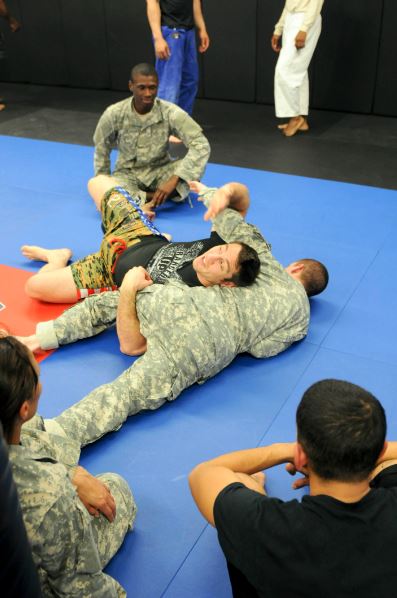 “I want anyone who comes and trains with me, particularly the Soldiers, to understand there is a work ethic that’s associated with winning…You have to take that first step and then keep going until you finish what you want to do,” Kennedy said.

Kennedy’s message resonated with Pfc. Christopher Santiago, who serves with 2nd Brigade Combat Team, 82nd Abn. Div. He attended the seminar after registering for the championship invitational earlier in the day.

“I learned a lot during the session about how to train as a fighter,” Santiago said. “Just like being a Soldier, the better you plan out your training, whether it’s in unarmed combat or any other basic Army skill, the better you will be able to react and adapt to any situation where you have to use that skill.”
As both a Soldier and a UFC fighter, Kennedy recognizes the great resource the Army Combatives Program provides its troopers.

Kennedy planned to meet and greet tournament attendees before the finals and exhibition matches on Saturday, Dec. 14.