UFC Light Heavyweight Kennedy Nzechukwu Believes His Ups And Downs In The Octagon Have Prepared Him To Make The Leap At UFC Fight Night: Dos Anjos vs Fiziev
By Gavin Porter, On Twitter @ItsGavinPorter • Jul. 7, 2022

When Kennedy Nzechukwu made his UFC debut, he had just five professional MMA bouts under his belt.

He was an undefeated prospect with a unique body type and skill set at light heavyweight.

Equipped with plenty of raw talent, Nzechukwu has delivered mixed results in his UFC career thus far. And even though he hasn’t maintained the perfect record that he had when he entered the UFC he feels like the wins and losses along the way have helped him become the best version of the “African Savage” yet.

Thursday, the 30-year-old stepped into the UFC APEX with six UFC fights under his belt and feels like he has quite literally grown up as a man and mixed martial artist inside the Octagon.

It’s a fact that Nzechukwu is proud of, and he’s confident those experiences have helped him create the foundation for what’s next.

“My mindset heading into this fight is a healthy one. I’m focused with more of a vet-like mindset and I feel like I’ve captured all the experiences necessary to perform at a high level,” Nzechukwu told UFC.com. “I’ve always been a slow learner, but I’ve always put the time in. I always reach that level of success and once I reach that level, I feel unstoppable.” 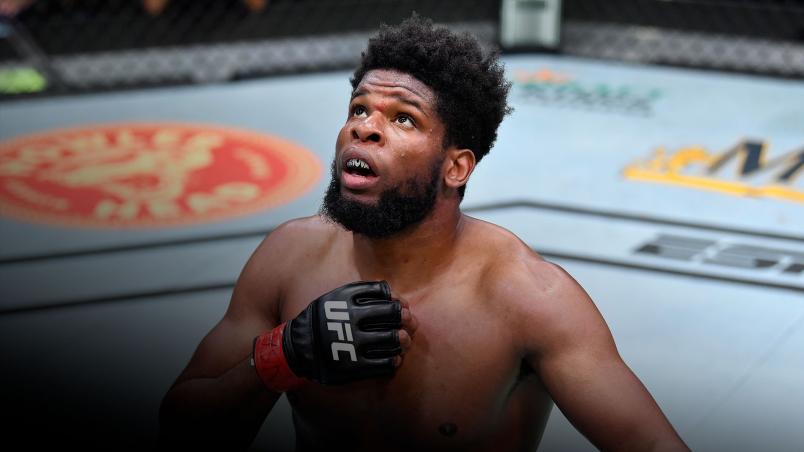 That unstoppable feeling goes hand-in-hand with Nzechukwu feeling comfortable inside the Octagon. At times, the Fortis MMA product felt like a deer in the headlights, and it cost him wins.

But getting those tough losses to quality opponents such as Paul Craig, Da-un Jung, and Nicolae Negumereanu pushed Nzechukwu to elevate his game. Not just his game on fight night, but what he’s doing in preparation during training camp and how he’s handling his nutrition.

These factors have Nzechukwu feeling like he is truly putting all the pieces together heading into his UFC Fight Night: Dos Anjos vs Fiziev bout with Karl Roberson.

“I feel like it’s necessary for me. I needed the losses, and I needed the roadblocks, the bumps in the road, and it’s going to set me up for a bigger opportunity,” Nzechukwu said. “He’s going to be excited because he’s expecting the old me. This hesitant, nervous guy who doesn’t really come forward, that’s hesitant to come forward. But I’ve worked on all my game and my game is well-rounded right now.”

Nzechukwu is determined to end his two-fight skid on Saturday and extend Roberson’s losing streak to four in a row.

“There are no excuses. I’m coming to fight and do my job right,” Nzechukwu said. “I know he’s an explosive guy, a kickboxer; a good kicker, good puncher and fast reflexes. I have similar teammates in my camp who fight just like him but [they’re] bigger. I’m not really surprised by anything he’s going to bring to the table I’m just going to impose my will and gameplan and get the victory.

“My goal is to make him fade and get the victory.” 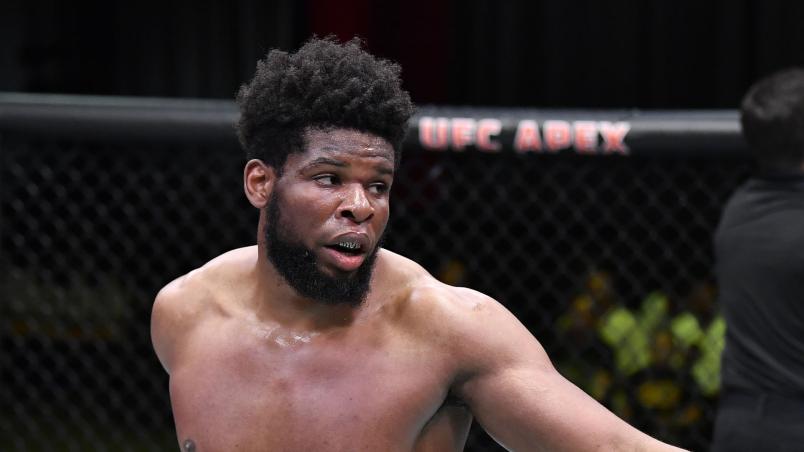 A win would help get Nzechukwu re-find his footing in the light heavyweight division. That’s all that matters to Nzechukwu; he just wants to perform to the best of his ability and showcase the skill set he knows he has.

From there, it will be all about stringing together performance after performance, but until then, Nzechukwu wants the UFC to line them up and he’ll knock them down.

“I don’t really see myself anywhere yet. I just see myself fighting and progressing and getting the experiences along the way,” Nzechukwu said.