Tim Kennedy will now face Rafael Natal in the main event of Fight for the Troops in Ft. Campbell, Kentucky. 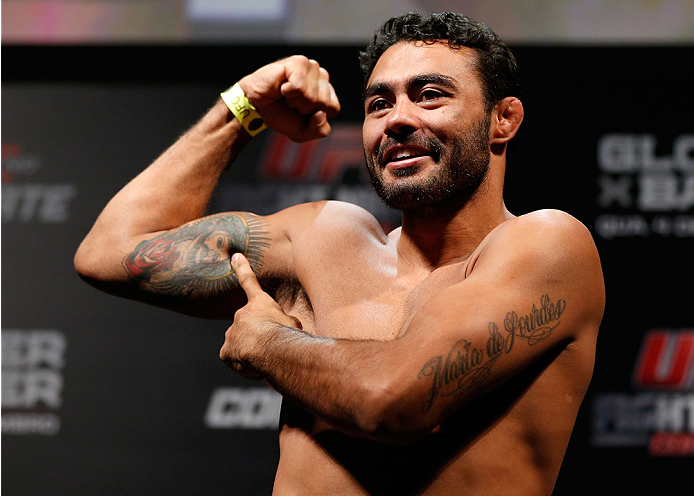 With Lyoto Machida being plucked to headline UFC Fight Night in Manchester, UFC middleweight Tim Kennedy was left without an opponent for the November 6 Fight for the Troops event. After lobbying for several days on Twitter, Kennedy finally found a taker: Machida's countryman Rafael "Sapo" Natal, who has won five of his last six bouts, all in convincing fashion.

The Brazilian "Sapo" looks to make a statement in his first UFC main event, which is scheduled for five rounds. Natal had originally been scheduled to fight Ed Herman at UFC 167; a new opponent for Herman will be named in days to come.

Natal appeared excited about the news, Tweeting "GOD is WONDERFULLLLLLLL AUUUUUUUUUUUUUUUUU..." minutes after the bout was confirmed.

Kennedy, an Army special forces operative with a unique sense of humor -- he once re-made a Katy Perry video shot-for-shot -- responded with equal enthusiasm. "I love that I'm fighting a guy with beautiful bronze skin," Kennedy said in an interview with MMAjunkie.com. "He looks dashing regardless of what he's wearing. Because of that I hate him."