Kelvin Gastelum's Life Under a Microscope 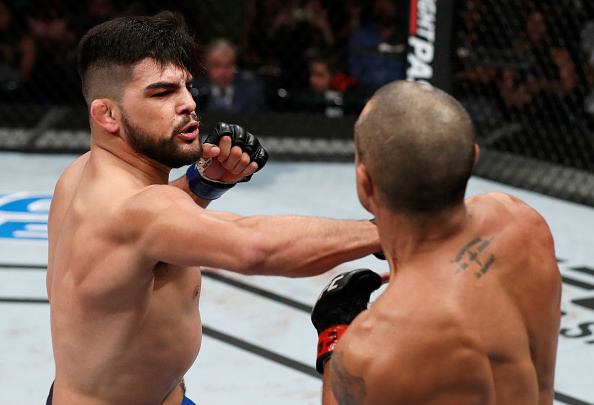 As Kelvin Gastelum prepares for his Saturday main event with Chris Weidman - the next step in a professional career that has almost entirely been spent in the spotlight - it’s easy to forget that the emerging middleweight contender is still just 25 years old.

While most people his age get to tackle the challenges life sends their way and make their mistakes in anonymity, Gastelum’s every professional move and misstep over the last four years has played out in public for all to see. Each youthful indiscretion and poor decision, all magnified and cobbled together as if to form a definitive statement on Gastelum’s character and potential, with very few people offering the fighter much leeway as he tried to navigate the difficult waters of being a professional athlete.

Get your tickets now to watch Gastelum take on Weidman live on Long Isalnd, NY!

Over the last couple years, it seems like every high has been accompanied by another disappointing low, with the last calendar year holding an assortment of both. 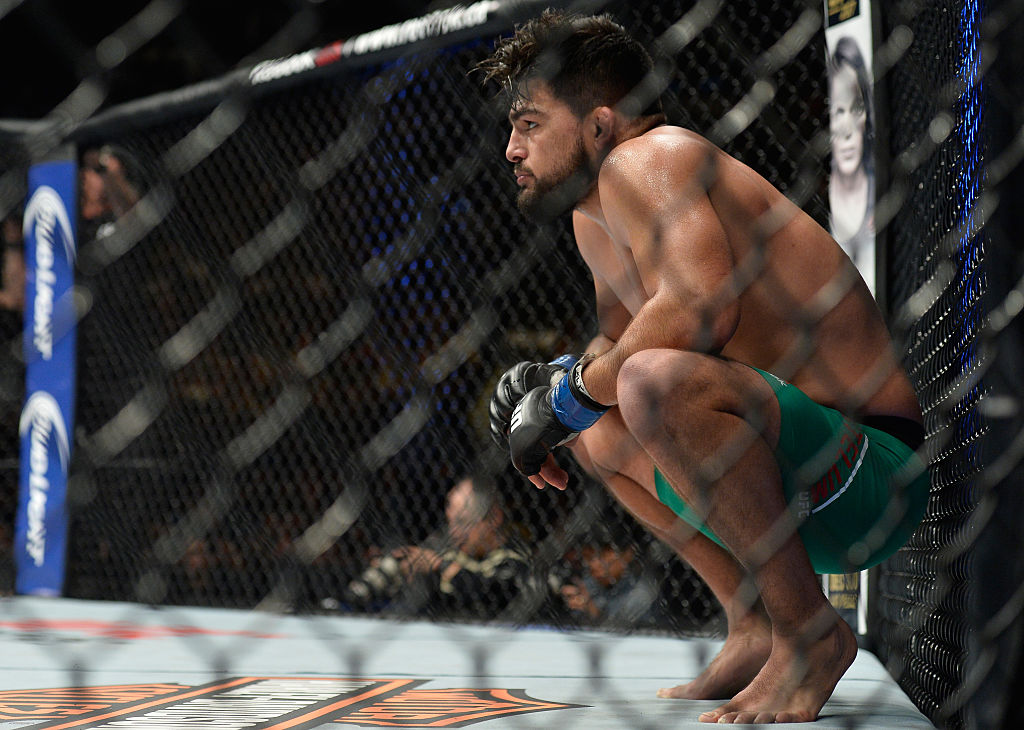 Tim Kennedy in their middleweight bout during the UFC 206 event inside the Air Canada Centre on December 10, 2016 in Toronto, Ontario, Canada. (Photo by Brandon Magnus/Zuffa LLC)" align="left" />He followed a winning effort over former champ Johny Hendricks at UFC 200 by egregiously missing weight and losing out on the opportunity face Donald Cerrone at UFC 205 in New York City. The following month, he returned to middleweight and delivered a masterful performance against Tim Kennedy to land on the fringes of title consideration.

Three months later, Gastelum established himself as a legitimate contender in the 185-pound ranks by venturing to Fortaleza, Brazil and blowing through Vitor Belfort in the first round, only to have the result overturned when his post-fight drug screening revealed the presence of marijuana in his system.

For the even-tempered Yuma, Arizona native, each of these professional peaks and valleys have been a learning experience - challenges he’s needed to face and overcome in order to continue to grow, not only as a fighter, but as a man, and he credits the team at Kings MMA with being a huge part of his development on both fronts.

“A lot has happened ever since I didn’t get to fight Cowboy Cerrone in November. These last eight months have been rough – it’s been a season of growing, a season of learning – and I look forward to the future because now that I’ve gone through this low stage in my career, I feel that the rest is uphill from now.

“Having those great people around me, those great influences around me has really been helpful in my growth as a young man and as a martial artist as well,” continued the former itinerant fighter who has found a home training under Master Rafael Cordeiro in Huntington Beach, California. “They’ve influenced a lot and I’m very grateful to have these people around me. 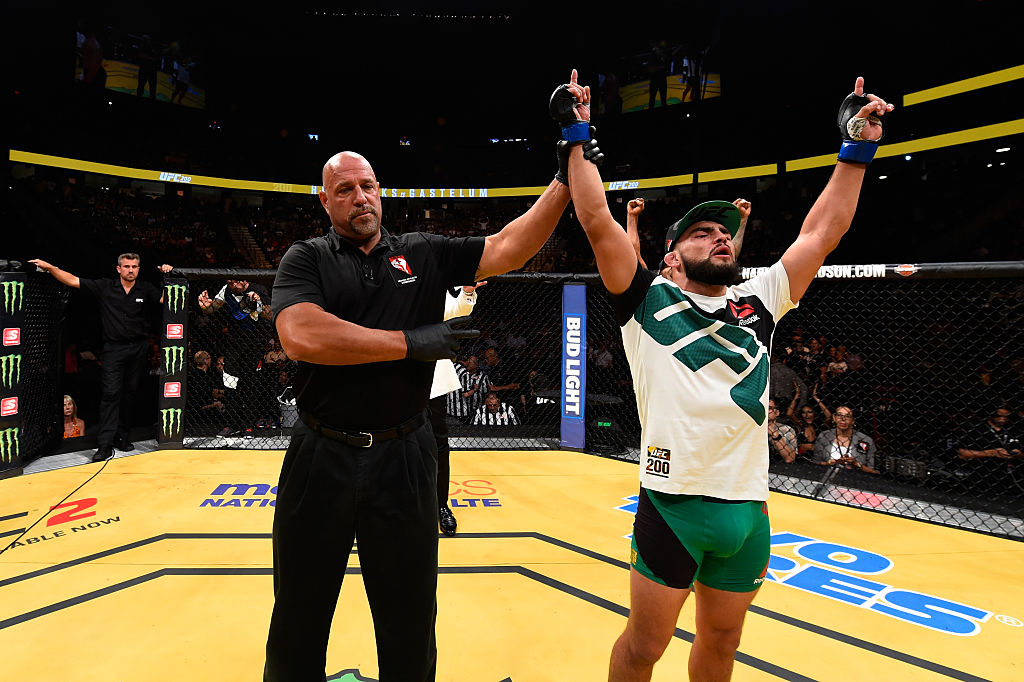 That’s one of the adjustments I needed to make because having the right people around me is very important.”

While his setbacks and stumbles have garnered the most attention, the greater takeaway from Gastelum’s first four years on the UFC roster is that despite those miscues, he’s continued to earn big opportunities inside the Octagon, with the biggest of his career coming this weekend when he faces off with former middleweight champion Weidman on FOX.

It’s a matchup that carries “changing of the guard” potential, as Gastelum looks to build off his recent strong efforts and move to within arm’s reach of a middleweight title shot with a victory, while Weidman is out to prove he’s still an elite contender by bringing his three-fight losing streak to a halt at home on Long Island.

Despite their very different results in their most recent outings, Weidman opened as the betting favorite and remains positioned as such as the hours until they step into the cage tick down, a fact that doesn’t particularly sit well with the underdog.

“I don’t know why people keep writing me off or people think I’m going to lose,” said Gastelum, who admitted he feels overlooked in the middleweight division. “Maybe it’s because of my physical attributes – I’m not the most intimidating guy when it comes to looks, but I’m a hard guy to deal with when it comes to fighting.

“I think people look at the cover of a book and judge it and it’s just one of those cases where people keep writing me off and underestimating me.”

Part of it likely traces back to his previous mistakes, the narrative that has formed around him as a result and forgetting that he’s a 25-year-old who was thrust into the spotlight at a young age. 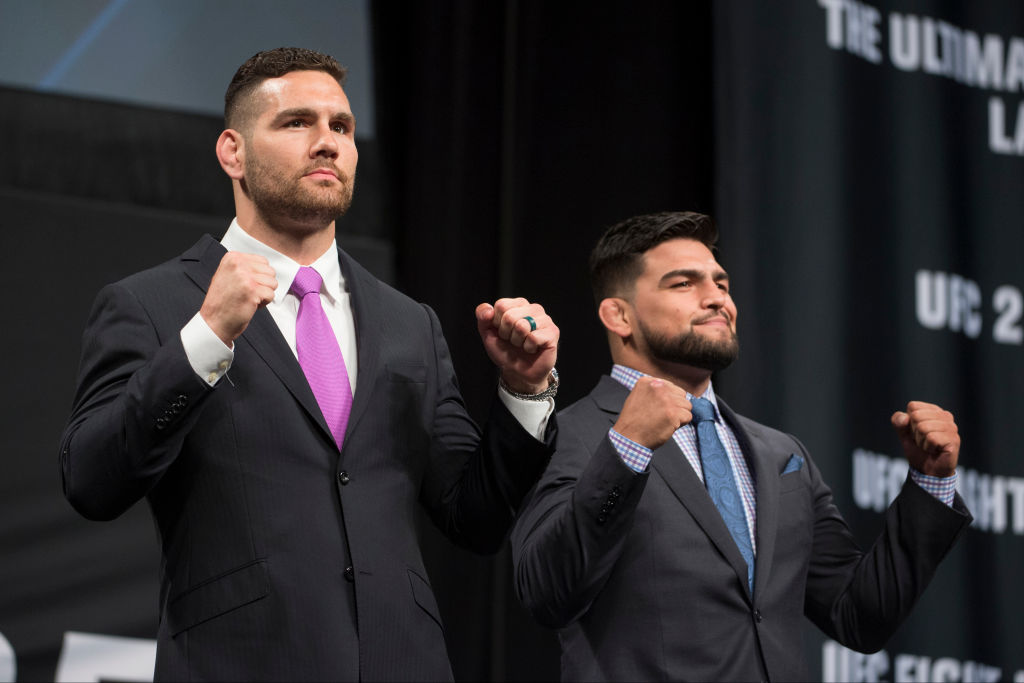 Because he’s been on the big stage since the age of 21 and positioned as someone to watch the entire time, it’s easy to add up the wins and losses, the miscues and unprofessional mistakes and come up with what you think is a complete and final picture of who Gastelum is and where his ceiling as a fighter sits.

But doing so would be a mistake because as far as Gastelum is concerned, he’s still only scratching the surface of his potential and the best is most definitely still to come.