"I know that once the fight comes, I’m gonna be in there and putting the fight on him and breaking all the hype pretty soon." - Kelvin Gastelum 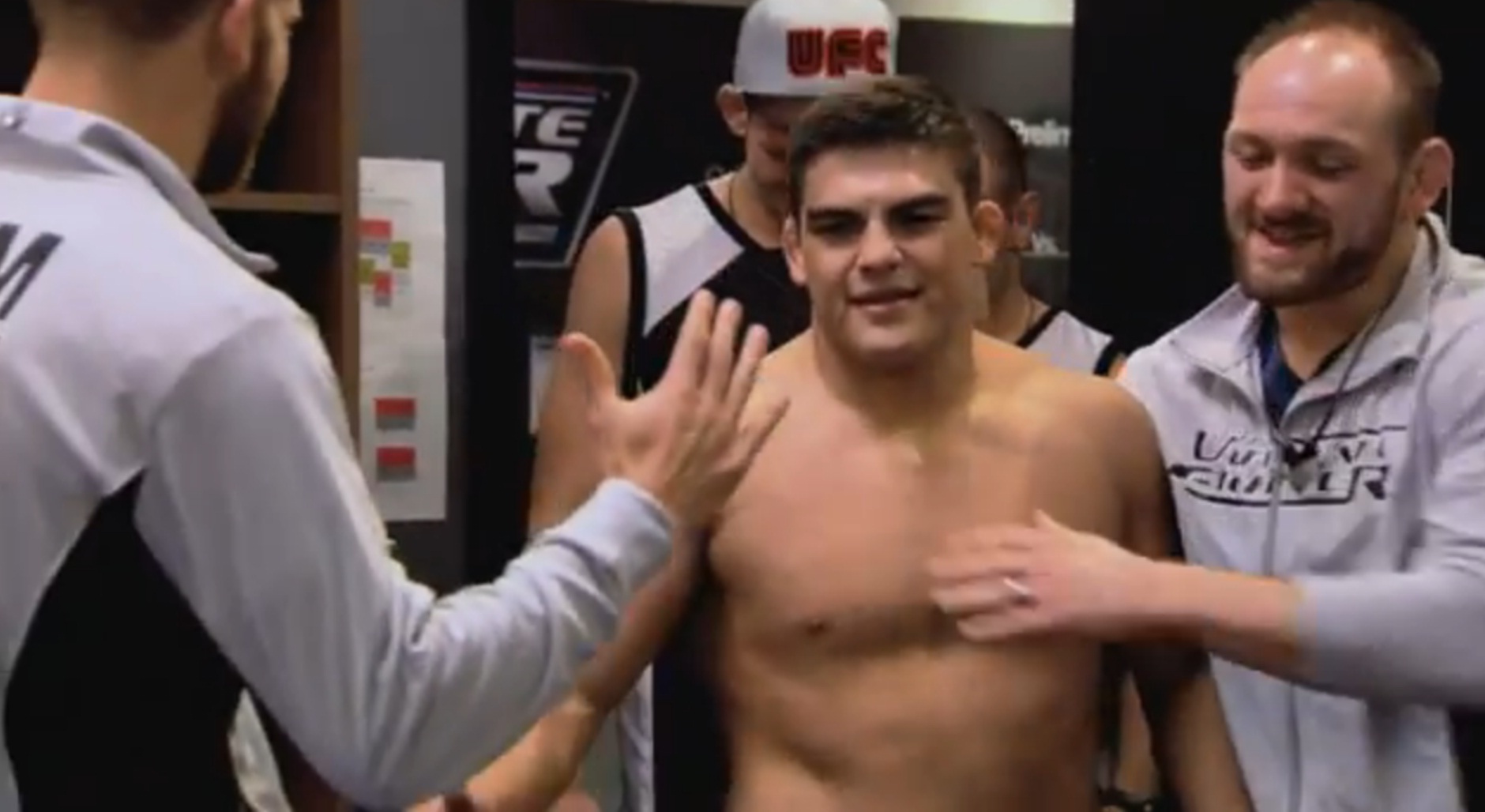 Built like a Mack truck instead of the Little Engine That Could, The Ultimate Fighter season 17 finalist Kelvin Gastelum nonetheless snuck up on people on his way to Saturday’s finale in Las Vegas, beating four consecutive opponents on the reality show despite having only five previous pro fights.

That he did, decisioning Kito Andrews, then submitting Bubba McDaniel and stopping Collin Hart before a semifinal submission of Josh Samman landed him across from Uriah Hall for the TUF 17 trophy. Not surprisingly, Gastelum finds himself an underdog yet again, not surprising given the growing legend of New York’s Hall, something the Yuma, Arizona resident has watched on a weekly basis.

“I’ve been watching it (the series), and they’re building him up, but it doesn’t bother me at all,” he said. “I know that once the fight comes, I’m gonna be in there and putting the fight on him and breaking all the hype pretty soon.”

Teammates on Chael Sonnen’s squad, Gastelum and Hall were witnesses to each other’s quest to survive the six week competition, and while some recent TUF finales haven’t got the heart racing like those of the early seasons, this one is a notable exception, with the buzz growing as fans wait to see whether Hall’s knockout run continues or if Gastelum can do what he’s done all season against the odds, and that’s win. As for his thoughts on Hall and the fight, they’re straight to the point.

“I see great potential,” said Gastelum of Hall. “But every time I look at him I think of how I’m gonna beat him, and I just picture myself holding up that trophy on April 13th.”

It’s as focused as you’ll hear a fighter, and even though the show finished taping a while back, the former State champion wrestler hasn’t let his guard down yet. For him the show and the quest aren’t over until the final bell on Saturday night.

“I’ve got a great group of guys that are helping me out with the fight and they’ve been very supportive here at home and at the gym,” he said. “Everybody believes in me and I’m in a great environment and in a great mindset. We believe we can beat him.”

If his mindset and focus is impressive, consider that he’s done all this as a 21-year-old, making him the youngest competitor in TUF history. On one hand, you could say that helped matters, as younger fighters aren’t leaving as much back home as those who are older, and with just six fights, an early exit from the show wouldn’t hurt his budding career as much. He disagrees with that assessment.

“I don’t think my youth had anything to do with it,” he said. “I had everyday struggles just like everybody else, and I really channeled all my energy and all my thoughts into every single fight. I’ve been wrestling for nearly ten years and in college it was the same thing. I was around a group of guys for three-four months during all the days of wrestling season, and it was kind of the same experience there because we were all there for one reason.”

Fair enough. So let’s re-phrase it and ask where his maturity comes from. The response is terse, but it speaks volumes.

“I plan to win the show and hopefully get another fight or two sometime during this year and really build my way up,” he said. “I’m here to really try and stay for a long time in the company and make a name for myself.”