Montgomery had some success early in the first round with his counterstrikes and a hard knee to the body, but as soon as Kelly got close after a couple hard left hands to the head, the Olympic judoka tossed the Floridian to the mat and kept him there for much of the rest of the frame.

When in the clinch in Round 2, Kelly continued to have success, but he didn’t get as many opportunities to lock up, allowing Montgomery to pick at his foe with a variety of strikes and even up the fight.

With the bout up for grabs heading into the third, the two battled on fairly even terms on the feet for much of the frame. But in the final two minutes Kelly got the fight back to the mat, and from there, he took over and wrapped up the round and the decision. 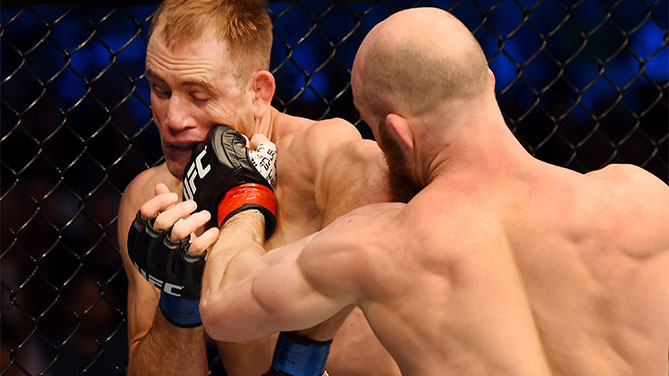 Walsh (9-4) attacked Kennedy’s lead left leg immediately and it clearly had an effect on the Perth product. Limping badly, Kennedy (22-8) then started eating right hands upstairs, but with under two minutes left, the game battler was able to score two takedowns and get himself back into the fight. With less than a minute remaining Kennedy took Walsh’s back and nearly sunk in a choke, and while Walsh escaped, Kennedy kept the dominant position, changing the complexion of the fight completely.

Walsh regained control after beating up Kennedy on the feet and the mat for the first three minutes of Round 2. In the final two minutes, Kennedy was able to get another takedown. This time, though, the action was less dominant for the “Steamrolla,” who was unable to escape Walsh’s guard.

Walsh pulled away in the third as the Sydney product landed solid punches everywhere and kept out of trouble for the final five minutes. 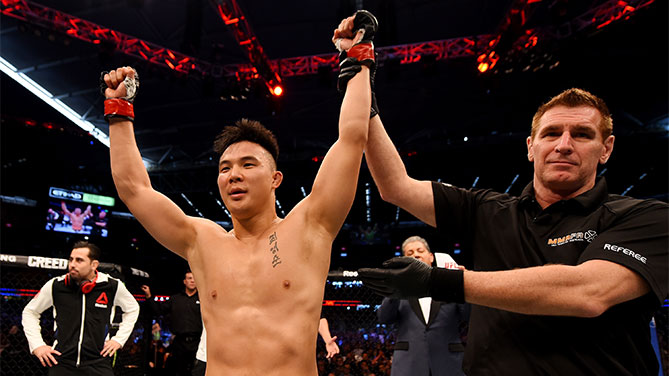 Former lightweight prospect James Moontasri’s welterweight debut was a successful one, as he turned back late replacement foe Anton Zafir via first-round knockout.

Zafir, who took the bout on eight days notice as a replacement for Brendan O’Reilly, was in control on the mat for much of the first round. As the clock ticked down and Moontasri got back to his feet, the striking specialist put his game into gear. A spinning back kick and a spinning back fist in succession, Zafir was down and out, with referee Steve Perceval stepping in to halt matters at 4:36 of the opening round.

Los Angeles’ Moontasri moves to 9-3 with the win; Queensland’s Zafir falls to 7-2. 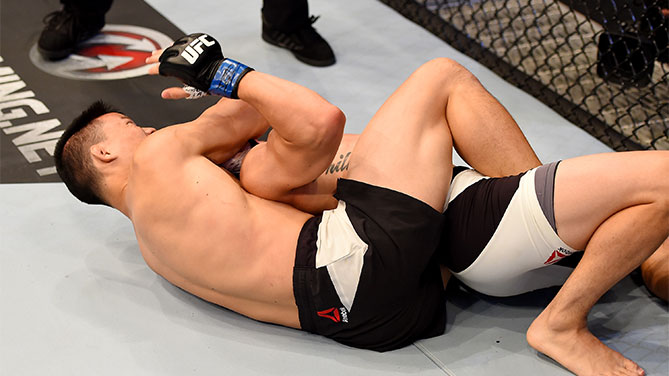 Benoit was in trouble almost as soon as the two were waved into battle, getting rocked by several shots by Nguyen. Forced to look for the takedown, Benoit did get to the canvas, but Nguyen remained in control and eventually took the Texan’s back. After patiently looking for an opening, Nguyen sunk in a rear naked choke and it was game over, Benoit tapping out at the 2:35 mark.
It was the fourth fastest finish in UFC flyweight history.