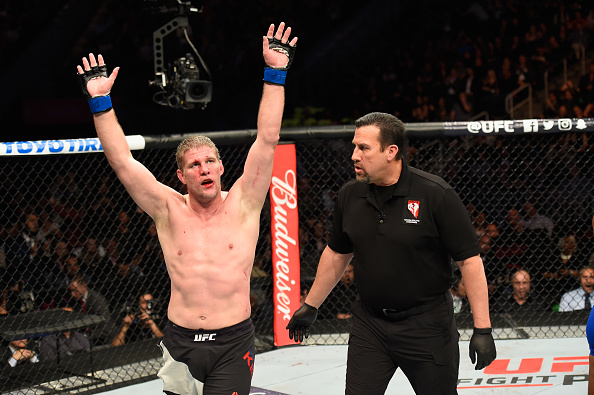 Rashad Evans at UFC 209" align="center" />
Somewhere, there’s a 35 or 40-year-old hitting the treadmill, dusting off those old boxing trunks that don’t fit anymore and pointing to UFC middleweight Daniel Kelly as the motivation to get that one last fight in.

So while the Aussie standout doesn’t have a nickname as he heads into a weekend scrap with Derek Brunson that could extend the 39-year-old’s current winning streak to five, maybe “Troublemaker” would be an apt moniker.

“Well, it’s no more trouble than I’ve caused at home in my own house,” Kelly laughed when reminded that his remarkable 6-1 UFC run is prompting some improbable comebacks among the over-35 set. “But I think it’s good. It means that competing at a reasonably high level is within reach for everyone if they have a look at me and see what I’m doing. So I think it’s awesome.”

What those folks don’t realize is that while Kelly may be in the midst of an improbable surge into the top 15, he didn’t jump from the couch to the Octagon. The Melbourne native is a world-class athlete who pulled off the feat of making four Olympic teams in judo. So what the real feat here isn’t that he’s been successful in the UFC, but that he’s made it to the top of the game in two sports. And he’s enjoying every second of his second athletic life.

“It is a second life, that’s exactly what it is,” Kelly said. “And I do enjoy it because I know how much I put into it, I know the sacrifices I put the family through, the time away from the gym, and I’ve got a lot of really good people around me who want to help who are also older guys too, so I do really enjoy it. I think as you get older, you look up and smell the roses a little bit and go, ‘You know, this isn’t so bad. You should enjoy this.’”

That doesn’t mean he’s just happy to be here. No one is more competitive than Kelly, though he’s been able to channel that competitive nature into winning, disciplined fight plans while managing to cope with everything that goes along with being a UFC fighter. That’s not as easy as it sounds, and he admits that he doesn’t know if he would have been able to deal with everything if he was competing in MMA at 22 instead of 39.

“It is a big thing to manage all of this stuff when you’re a 22-year-old,” he said. “I was a very emotional person as a younger athlete. I was probably a little bit more volatile and emotional than I am now, so I don’t know if I would have. I think the journey I’ve taken to get here was done for a reason, and I’m well placed to manage everything because I’m a little bit older. It’s just a shame my body isn’t in better shape. It’s a bit beat up after all the years in judo, but that’s the compromise you have to make.” 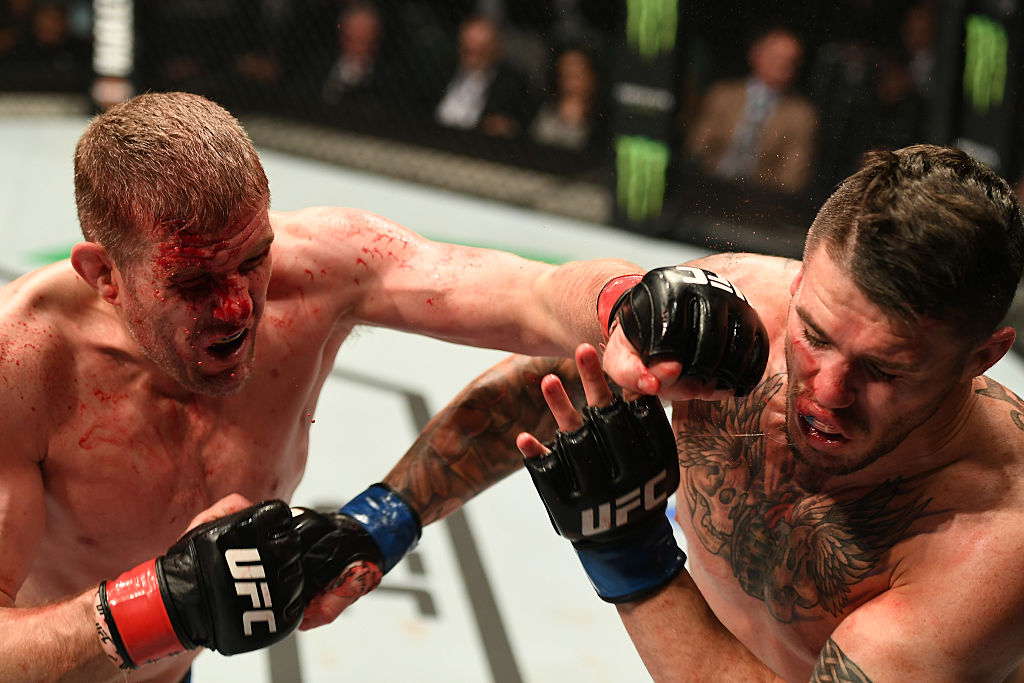 He laughs when reminded that anyone who goes 15 minutes with former world champion Rashad Evans and beats him shouldn’t say anything about his body. He clarifies and says that the years of judo won’t have him doing flying armbars or kicks off the cage, but in a fight using his go-to techniques, he’s just fine.

The proof is on his record, one that has seen him rebound from a 2015 loss to Sam Alvey with four consecutive wins, the most recent coming against Evans in March. That was the victory that turned Kelly from feel good story to contender.

“A big step up was when I beat Antonio Carlos Junior,” he said of his 2016 victory over the TUF Brazil winner. “Then when I beat Rashad, I was like, ‘He’s a legend and I was fine against him.’ Those were the big ones when I said, ‘Everything’s actually starting to go along okay and I’m still improving.’ There are big improvements, especially in my striking, every time I fight, so that’s good, and I’m still matching it with these good guys. So there’s no reason why I can’t keep pushing forward and keep getting better and going somewhere.”

But is he thinking about clearing some room on the shelf for a shiny new belt yet?

“Not yet,” he said. “I beat Brunson I should be in the top ten and that’s when we can start going, ‘Hang on a second, let’s have a look around here.’ (Laughs) This one’s a big fight for that in that regard.”