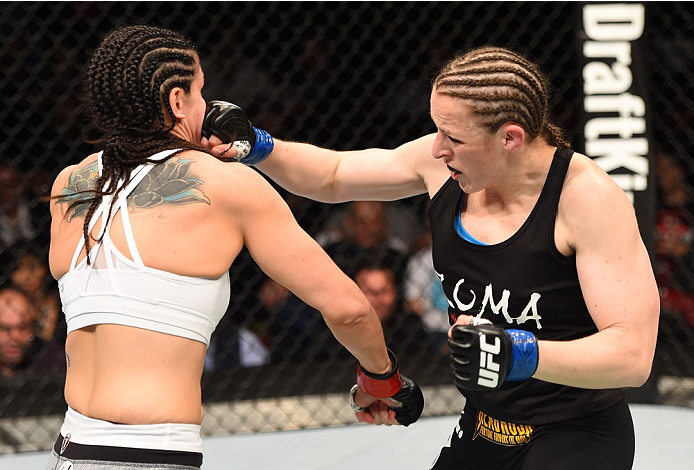 Canadian Kaufman, who’s record stands at 19-4 and includes a reign as Strikeforce word champion back in 2010, will take on undefeated German prospect Katharina Lehner.

Lehner is 7-0 and current training at the famed Jackson-Wink gym in New Mexico.

The fight for the 135-lb championship vacated by recent UFC title challenger Yana Kunitskaya headlined Invicta FC 29, which will be held at the promotion’s stronghold of Scottish Rite Temple in Kansas City.

Kaufman said: “I’m going to put myself out there and put on a great performance. I’m going to remind everyone who Sarah Kaufman is. I don’t care who I am fighting – if I perform to my best I am the best. I’m excited to main event another Invicta card on UFC FIGHT PASS and showcase myself.”

“I’m excited to be fighting a UFC and Strikeforce veteran,” said Lehner. “Sarah has a lot more experience than me, but I am hungry.”

The first challenger to the new champion will also be decided on the card. In the co-main event, former No. 1 contender Pannie “Banzai” Kianzad, 8-3, takes on bantamweight newcomer Bianca “Bibi” Daimoni, 7-2.

Also on the card, the popular UFC veteran Pearl Gonzalez, 7-3, makes a quick turnaround after earning Fight of the Night honors last month in Invicta. Gonzalez moves up to flyweight to face Brazil’s Bárbara Acioly, 4-2.

Invicta FC 29 streams live and exclusively via UFC FIGHT PASS on Friday, May 4.