Kattar more than ready when the UFC gave him the call 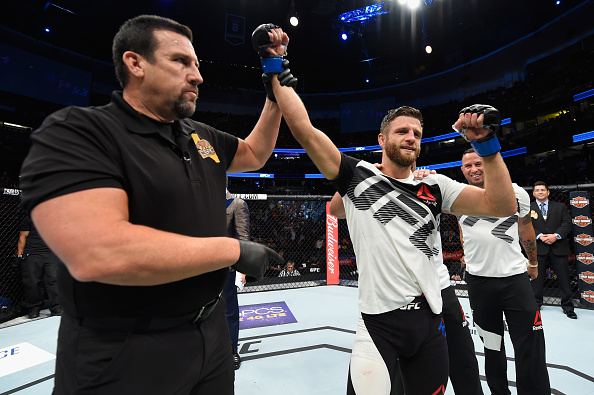 The New Year’s resolution was the same every year for Calvin Kattar until it wasn’t anymore, until he took a break from the sport, bought his own MMA promotion, Combat Zone MMA, and put the idea of getting a call from the UFC on ice.

“I had been putting that (getting into the UFC) down for a couple years,” he said. “But I had a slight layoff for three years, I bought an MMA promotion in New Hampshire, so I didn’t put it on those years because I wasn’t sure how active I’d be.”

Up until the break that kept him without the gloves on in 2014 and 2015, Kattar was one of New England’s top prospects, 14-2 with nine finishes, but the big show wasn’t ringing his phone.

So he became a promoter, but always kept the UFC dream in the back of his mind, certain that one day he would return and scratch that item off his bucket list.

Enter Tyson Chartier, fighter, jiu-jitsu black belt and most important at this moment for Kattar, a manager. The two began working together, and as the UFC prepared to put on a show at TD Garden in Boston, Kattar called Chartier up.

“I said, ‘What do I have to do to get on this card?’ It was in the early stages of us working together and he said, ‘You’ve been inactive for three years, I’d say we get you 1-2 fights, at least this way they know you’re ready to go again.’ And he really put some life back in my career.”

Kattar returned in 2016, beat a pair of Fosters, Kenny and Chris, and last summer, he got the call he had been waiting for at a time when he didn’t expect it, two weeks before a fight with Andre Fili on the UFC 214 card in Las Vegas.

“I did my part - I showed up to the gym, worked hard and I believed in it,” Kattar said. “And even when it came, it still caught me by surprise. Two weeks, lose 20 pounds, it was a lot at that moment, but I’m glad we showed up, took it and made the best of it.” 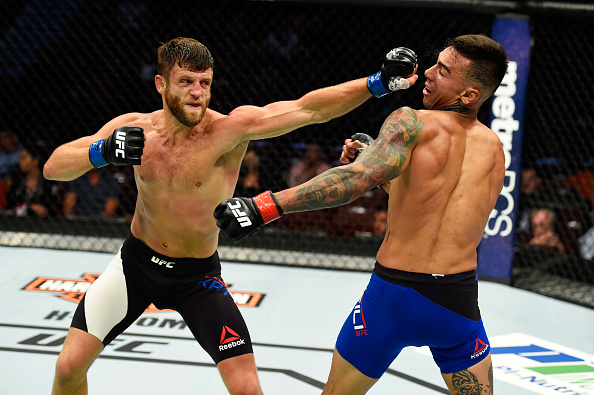 Kattar did make the best of his first Octagon trip, upsetting Fili via unanimous decision. Now he’s on the main card at home on a big Pay-Per-View card, ready to face a fellow hot prospect in Shane Burgos. But no one knows better than this 29-year-old that his road to the UFC wasn’t like that of most up and comers.

“I just kept working hard,” he said. “It’s tough making that comeback after a long layoff. I got a lot of respect for the guys that are doing it because I know what it takes. You’re already out of the picture, it’s easy to get written off and you really didn’t get what you wanted out of it yet. The UFC was always just a bucket list thing for me. I wanted to put that check next to that box, I wanted to see it through, it’s always been a goal of mine and I just had to get out of my comfort zone a little bit, give that extra 15 percent and just go all in with it. And here we are.”

Time for a new entry on the bucket list?

“Now it’s like I’m playing with house money,” he laughs. “I’ve already checked that box on that bucket list and now I’m just having fun.”

Hard training every day in the brutal New England winters to get ready for somebody throwing punches and kicks at him in front of the world? Fun?

Congratulations, you made it – now you’re fighting all killers

“Congratulations, you made it – now you’re fighting all killers,” Kattar laughs. “There are no easy fights in the UFC. It takes some thick skin, but we keep the mood light. We’re enjoying the grind and I think I’ll look and really appreciate these years when I gave that extra effort. I have the rest of my life to sit on the couch and be a fat old man, and I’m looking forward to those days. But they’re not here yet. I’ve got more work to do first.”