Kattar In The Mix Of Exciting Featherweight Era

For some it would be a difficult question to answer. For Calvin Kattar, fighting and promoting aren’t two areas of his life that he has to choose between.

“I think they go hand in hand,” said the featherweight contender who also owns the Combat Zone MMA promotion in New England. “I love the fights and then afterwards it’s nice to go back to where you got your start. I like watching the amateurs too. They got their chins a little high, their hands are down by their hips and they’re swinging for the fences. (Laughs) It’s fun to watch and it brings me back to where I got my start. It’s definitely a fulfilling feeling. Going back and forth between the two is great. They complement each other really well.”

On Saturday, Kattar the promoter becomes Kattar the fighter again, with a bout against veteran standout Ricardo Lamas a pivotal one for the Methuen, Massachusetts native. It’s been a while since his last bout against Chris Fishgold in October, and given how impressive he looked in stopping the Brit, that might not be a surprise. 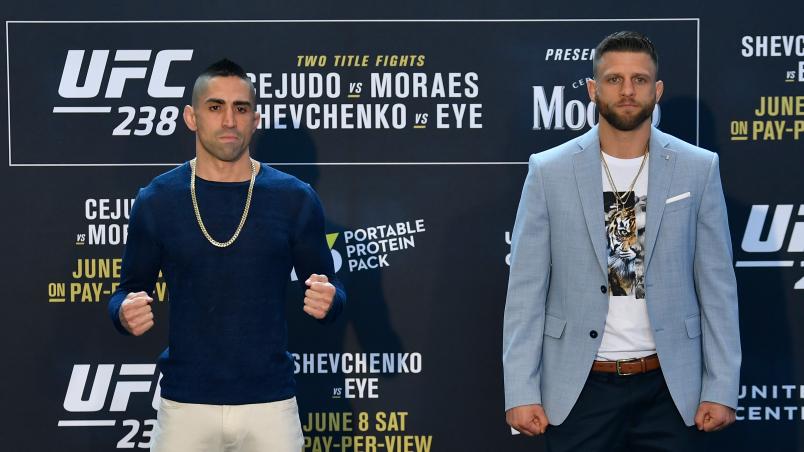 “I threw my name in the hat plenty of times, but it just seems like one way or another, there was something going on where guys were saying they wanted to fight and then they didn’t want to fight, and then I’d see both the guys that I was supposed to fight fighting each other,” said Kattar. “But I’ve been throwing my name in the hat and we finally got one that stuck.”

It’s a big one, too, as the No. 10-ranked Lamas has been a tenured member of the featherweight elite for years and owner of wins over Cub Swanson, Dennis Bermudez, Charles Oliveira and Darren Elkins. But Kattar doesn’t want to join that list; he wants to be with the fighters who have defeated “The Bully.” 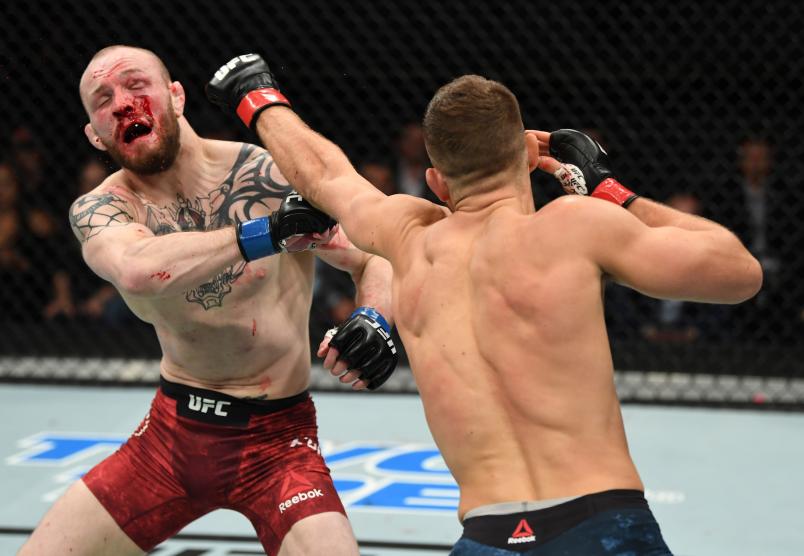 It’s especially exciting for the 31-year-old Kattar, who is back in a big fight a little over a year after the lone loss of his UFC career to Renato Moicano in April of 2018. It’s the beauty of the UFC that if you take tough fights night after night, a loss won’t necessarily hurt you as much as it would in a sport like boxing. Look at Moicano, who followed up a defeat to Brian Ortega with the win over Kattar. Two fights later, the Brazilian was in with Jose Aldo, and even though he came up short in that one, he’s got a headlining gig against Chan Sung Jung later this month. And here comes Calvin.

“MMA is funny like that,” he said. “Look where Moicano was after his Ortega loss and look where he’s at now. He’s fighting the Zombie next, he’s headlining the card and he’s guy I competed with, so it’s nice to be in the mix with him being in the top 15 and (Shane) Burgos being in the top 15. It shows that I might have these options around the corner too if I keep doing what I gotta do.

“I like the mix of names that I’m getting because they’re all on that top 15 list, so it’s nice to be mentioned with all them as options,” Kattar continues. “It’s nice, it’s good to have the opportunities that are being thrown at me that I’m accepting, and since I’ve been here I haven’t turned one down yet. I’m sticking with that and working my way to the top just like everybody else.”

And while the established names like Lamas, Aldo, Frankie Edgar and Jeremy Stephens are still doing their thing while chasing champion Max Holloway, there is a new generation of featherweights making their presence known in a big way. Kattar is proud to be part of that group.

“There’s definitely a lot of movement and I like it,” he said. “It’s time for some fresh blood. You’ve got Moicano, Burgos – two guys I’ve already fought – in the top 15, my name’s in the mix right now, and we’re all climbing the ranks. We’re all hungry and they’re gonna have to prove to us that we’re not worthy to come in there and take ‘em all out, because I’m not gonna take their word for it. They gotta show us.”