Kattar keeps cool ahead of high-pressure bout at UFC 223 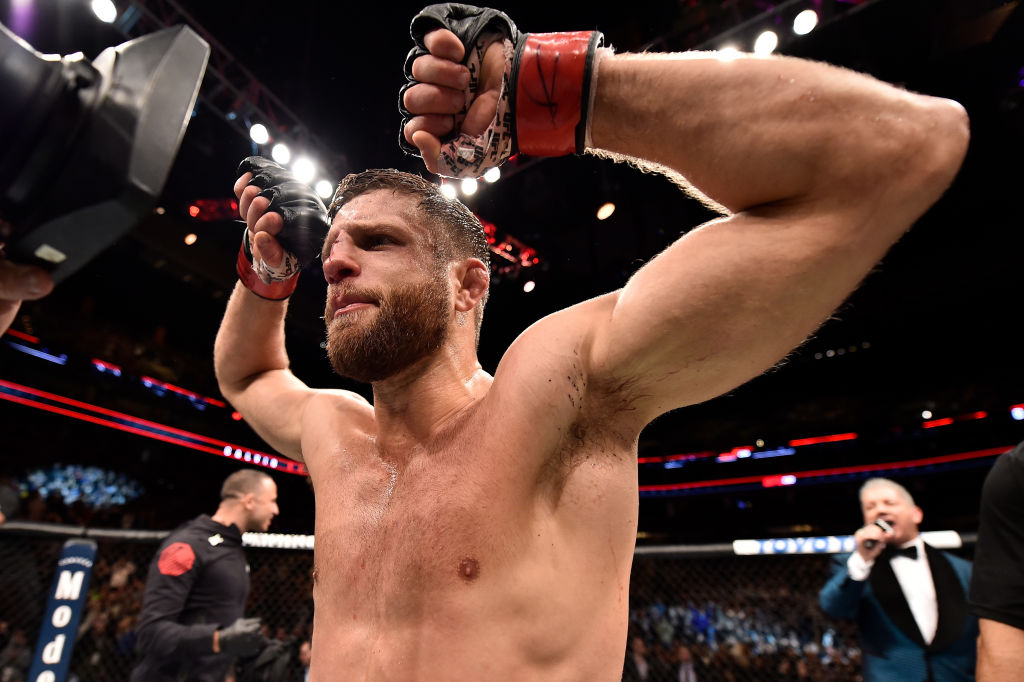 The heat was on Calvin Kattar. He knew it, but he wasn’t rattled. Even though he was the last of his Boston brethren competing at UFC 220 in their hometown arena, TD Garden, and the only one not to win yet, he was determined that Shane Burgos wasn’t going to spoil the Garden party.

“He (Burgos) had a good second round and I’m like, ‘Man, I gotta go and take this in the third.’”

Kattar did, breaking open a close fight by stopping Burgos in the final round. The victory was his ninth in a row and second in the UFC, but nothing meant more than joining Rob Font and Kyle Bochniak as winners for Boston.

“It was a long camp for all of us, so I was with those guys day in and day out, watching them put in the work, and I was just happy to see them get what was theirs too,” he said. “It was really something special, and even if we pull off the same finish in this upcoming event, it’s gonna be tough to top the last one at home in Boston with the guys. It was cool to see Kyle get us going at the start, then from there Rob got his finish, and at that point I started feeling the pressure of bringing home the sweep. (Laughs) But the energy, that crowd, at home, TD Garden, it was everything you’d write it up to be.”

It was probably how Kattar pictured it, because he doesn’t leave anything up to chance. In his world, it’s all about preparation and hard work, so when his number is called, he’s ready. And even though he just turned 30 on March 26, he’s approached this sport with that mature attitude for a long time.

“My biggest fear was getting into the UFC and not being ready,” he said. “Guys were always calling out for the UFC; I figured when it’s my time, it’s my time. And if I keep getting my hand raised, they can’t deny me. And when I do get that call, I’ll be that much more ready.”

So while his last loss came back in 2010, he didn’t lobby for a shot in the big show. He put his head down, did his work, and repeated the process over and over. Then came a three-year layoff, and his true education in the sport – and life – began.

“After I had that three-year layoff, I feel like I learned a lot and I matured as a fighter,” Kattar said. “Even just through becoming more of an adult outside of the cage. Through that layoff, I had to come back and get that confidence, because three years out of the cage and not knowing where you stand, you gotta get work in with some UFC guys to see where you fall in the mix.”

In 2016, Kattar returned, got two wins and then got signed to the UFC. He was the new kid on the block facing a pair of UFC vets in Andre Fili and Burgos, but the New Englander won both bouts, and soon after, he realized a big reason why.

“If we’re really gonna cut it down black and white, I started fighting before most of these guys,” he said. “Fili and Burgos, they’re both tough and they’ve had more experience in the UFC, but I started before both of them. So I really started building my confidence, I’ve been putting in the work, and I just had to be patient and have a really good team around me. Being patient and not forcing things goes a long way, and I think that comes through experience and being in the game a long time. Maybe not the UFC, but I’ve been in the game.”

Now he’s a player in that game, ranked 13th in the world at 145 pounds heading into a UFC 223 main card bout against Brazil’s Renato Moicano this Saturday in Brooklyn. It’s another high-pressure slot against a No. 11-ranked contender, but in typical fashion, Kattar is as cool as can be, something he attributes not just to his own experience, but that of his team.

“I can’t speak enough about working with Rob Font and Tyson Chartier,” Kattar said. “They’re really bringing intelligence to the fight game. They’re doing things for a reason, we’re basing what we’re doing off percentages, very system-like, and I believe that’s very important in any sport. If you look at the Patriots and their systems, things are in place for a reason, and if you just stay true to that, I believe that more times than not, you’ll end up in an advantageous position.”

So like Tom Brady listens to Bill Belichick, Kattar listens to those in his inner circle.

“You gotta have faith in the guys that know,” he said. “And I have complete faith and trust in my coaches and teammates that I don’t have to second guess what they’re saying. I listen and I go with it because they have my complete trust.”

And the golden rule?

“Anything can happen in there, but I’m not gonna lose because I didn’t work hard enough,” said Kattar. “In the UFC, everyone’s tough, but if you dog it or feel like you could have done more, that’s when you have regret, and that’s something I don’t want. So I’m going all-in right now. I’m gonna go out, work hard every day and get what’s mine.”