Katlyn Chookagian Just Wants to Perform at a High Level

A quick turnaround for Katlyn Chookagian is exactly what she wanted so she could show the improvements she has made.
By Zac Pacleb, on Twitter @ZacPacleb • Nov. 19, 2020

Katlyn Chookagian knew the first round of her fight against Jessica Andrade wasn’t going her way, but she did feel good about her prospects as the clock wound down on the first frame. Even though she was taken down a couple of times, she felt like she was threatening submissions off her back and getting her rhythm enough to have confidence for the second and third rounds.

But then Andrade connected with a body shot that stunned Chookagian, and the bout was over with five seconds left in the opening round. Chookagian, who returns to action a little more than a month later at UFC 255, sees the bright side in the nature of the finish.

“The good thing about a body shot is you don’t take any injury,” she told UFC.com. “You’re totally fine a minute later. Because I felt like I did so good in that camp, and I had such a good camp in improving different skills, I wanted to get back in there so I didn’t put all those strides to waste.” 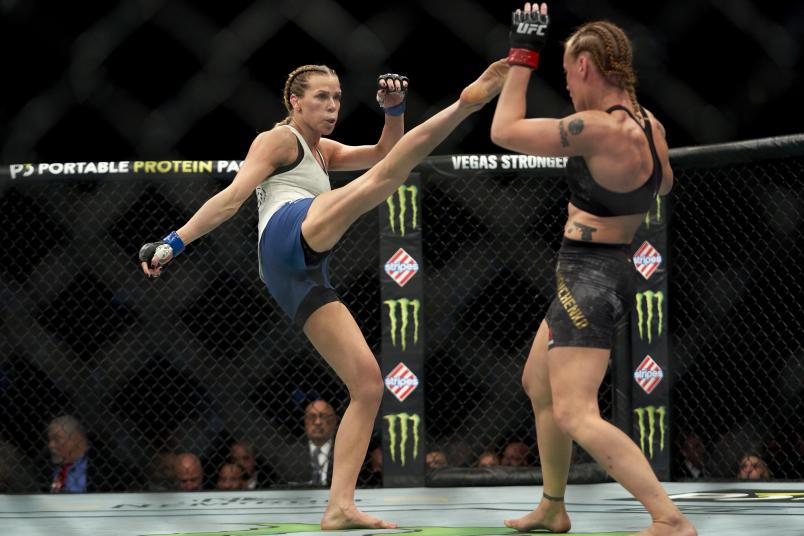 A mainstay at the top of the flyweight division, Chookagian gets to welcome yet another former strawweight to the title picture when she takes on Cynthia Calvillo on November 21.

After Chookagian lost in her title bid to Valentina Shevchenko at UFC 247, the 31-year-old bounced back with a dominant, shutout decision over Antonina Shevchenko in May. Before that fight, Chookagian talked about the freedom with which she approached that bout knowing a title shot wasn’t really on the line for her, and she acknowledges that this fight with Calvillo carries those same kinds of expectations.

“If I win, I don’t think I’m necessarily getting a title fight right away,” Chookagian said. “I would like it. If they offered it to me, of course I’ll take it, but I think I’d probably need another fight. Who knows, with Cynthia, maybe either way, but it’s the same as the last fight. It’s kind of nice going in not having to be about that pressure on you, and it’s just: go out, perform, go home, and have fun.”

Chookagian said she was impressed with Calvillo’s flyweight debut – a unanimous decision win over Jessica Eye – but felt like the fight was one of the only real tests Calvillo faced so far in her career. 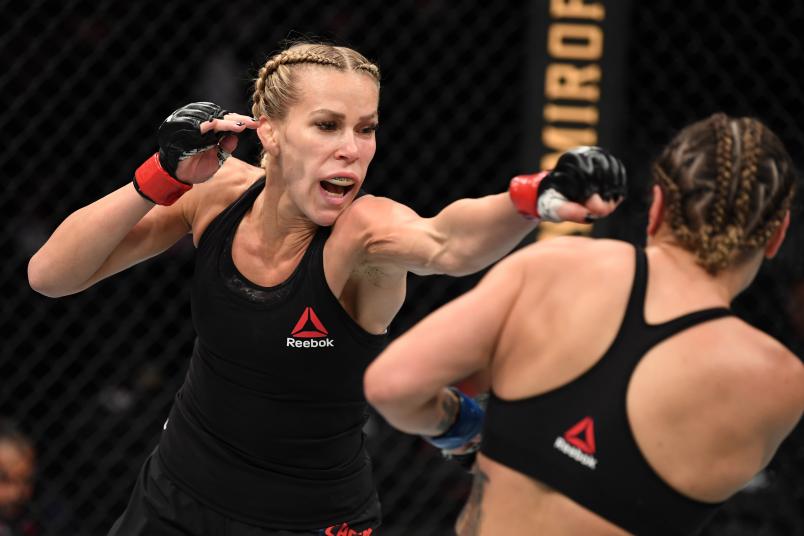 To that end, Chookagian is eager to put a different kind of pressure on Calvillo and make her life difficult no matter where the new 125-pound contender wants to take the fight. General analysis perceives this fight as the classic striker-vs-grappler matchup, but both women have shown well-rounded skill sets.

Although Chookagian understands that she is likely a strong winning streak away from another shot at the flyweight belt, she is also welcoming of the new faces to the top of the flyweight division. Not only does it give her more people who are actually in the title picture to fight, she is excited for the extra attention it brings to the weight class.

“I think this whole time, our division has just been based around Valentina and whoever she’s fighting, and then no one really pays attention to the rest of the fights,” she said. “Adding another couple veteran girls that have experience - and a lot of people know them - makes for fun matchups that are not just the title fights.”