Karol Rosa’s continued rise through the bantamweight ranks mirrored the personality of the fighter herself: quiet.

It’s possible she feels laid-back in the Octagon, but the women she’s faced and defeated in her first four UFC appearances likely wouldn’t characterize her the same way. 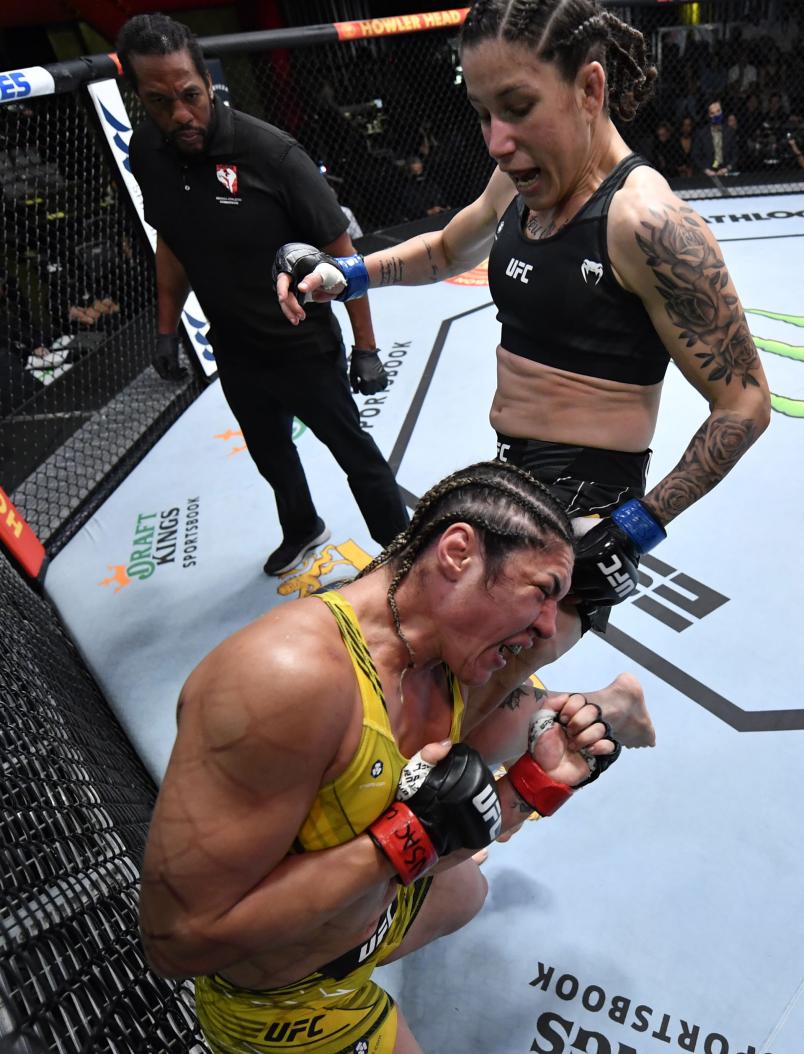 She came out swinging—literally and figuratively—on August 2019’s UFC Shenzhen card, where she and fellow Brazilian Lara Procopio positively brawled for fifteen full minutes, with Rosa doing enough to score the spilt decision win. In the process, they set the then-record in women’s bantamweight for the most significant strikes, a record previously held by Rosa’s teammate and sparring partner Jessica Andrade (vs Rosi Sexton). Despite being highly regarded for their jiu-jitsu skills, it remains evident that the fighters of Parana Vale Tudo should be forever feared for their striking.

The hits kept coming. She got the unanimous nod versus Vanessa Melo at UFC 251 as she did against Joselyn Edwards seven months later. Most recently, she was seen retiring compatriot Bethe Correia last October. It was her biggest win to date, albeit an emotional one. She had watched and admired Correia when she was on the come-up, and admitted it was “bittersweet” to be the one who kept her from leaving on a high note, despite putting on what she described as her best performance to date, a performance that pushed her into the Top 15.

“She was an inspiration for me,” she would say following the fight. “She was very important to MMA in Brazil.”

It’s one pioneer down and another one on deck this week on the prelims of UFC Fight Night: Blaydes vs Daukaus when she meets Sara McMann, another fighter indispensable to the history of women’s MMA.

“I’m really happy to fight with Sara because she’s a veteran and that’s great for my career.” 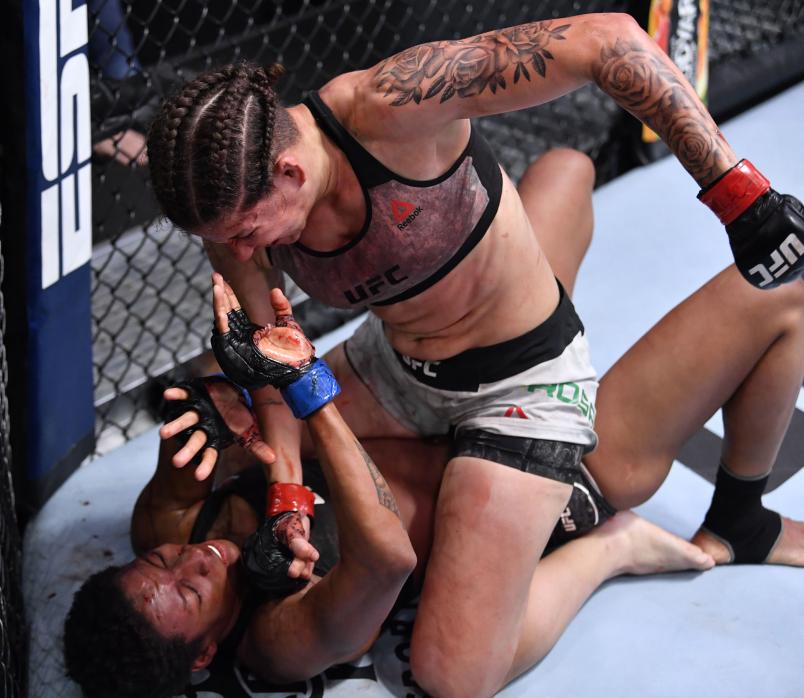 She knows it won’t be a walk in the park.

"I know that Sara has great grappling and wrestling, so I worked a lot on my takedown defense. I normally work on takedown defense, but I’ve sharpened it even more for this fight. I’ve also improved my Muay Thai."

She’ll get to show off her preparation in front of a capacity crowd, too.

“My first [UFC fight] had a crowd, but then COVID hit, and I fought without the fans.

So now I’m really excited to hear the crowd cheering.”

Taking care of business in front of Nationwide Arena, as well as the TV audience at home, will indeed be exciting and land her in the Top 10, but it will also likely put an end to the quiet part of her rise thus far. Rosa is okay with that; It’s all part of the plan. 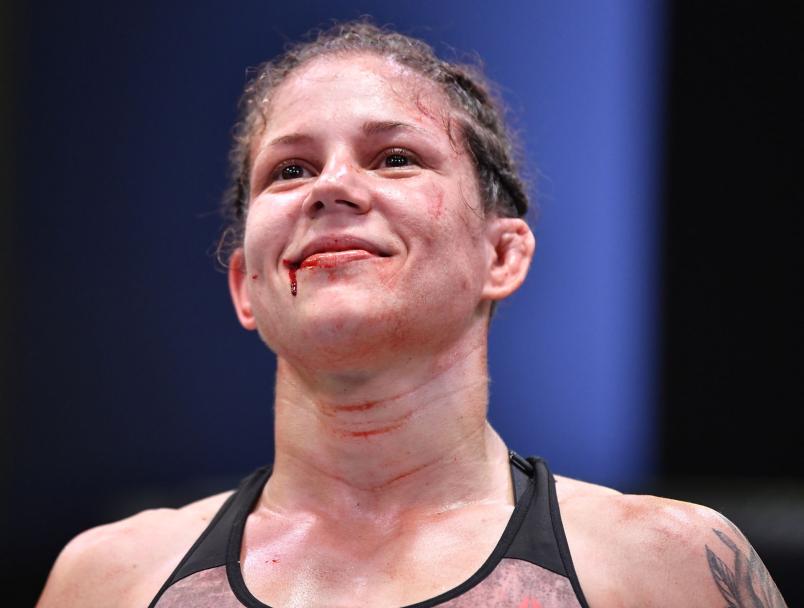 Karol Rosa of Brazil reacts after her victory over Joselyne Edwards of Panama in their bantamweight fight during the UFC Fight Night event at UFC APEX on February 06, 2021 in Las Vegas, Nevada. (Photo by Chris Unger/Zuffa LLC)

"I have a goal this year, which is to begin the year in the Top 10, once I beat Sara. By the middle of the year, I’d like to fight a Top 5 opponent and if I win all the fights, be the next title challenger at the end of the year."

Perhaps because her victories were all decisions and she doesn’t have a viral knockout clip circulating on social media, she might not be top of mind when the bantamweight landscape is considered. Rosa understands this keenly, but also understands that she is to be ignored at one’s peril.

"I’m coming off four wins in the UFC and they were all by decision, so I think people don’t really know me yet. After each fight I’ve improved something, and you can see that. I believe that these decision wins have made me evolve in the organization and improve my game.

"So now I’m looking for a knockout or a submission and send a message to the rest of the division because I’ll be the next champion."