Always ready to fight anyone at any time, Karl Roberson is finding his groove in the middleweight division and aims to solidify some momentum in Moscow.
By Thomas Gerbasi, on Twitter: @TGerbasi • Nov. 8, 2019

If you’re wondering if Karl Roberson is a little anxious about fighting a Russian in Russia this Saturday, wonder no longer.

“No, not at all,” said Roberson. “I’m excited about that. I like going places and upsetting people.”

He has some practice doing just that, giving Jerome Le Banner fits when he went over to France to face the kickboxing legend in 2015. Le Banner escaped with a controversial decision victory that night despite being on the receiving end of two knockdowns delivered by the Jersey native who was making his pro debut, but Roberson knows he left an impression. 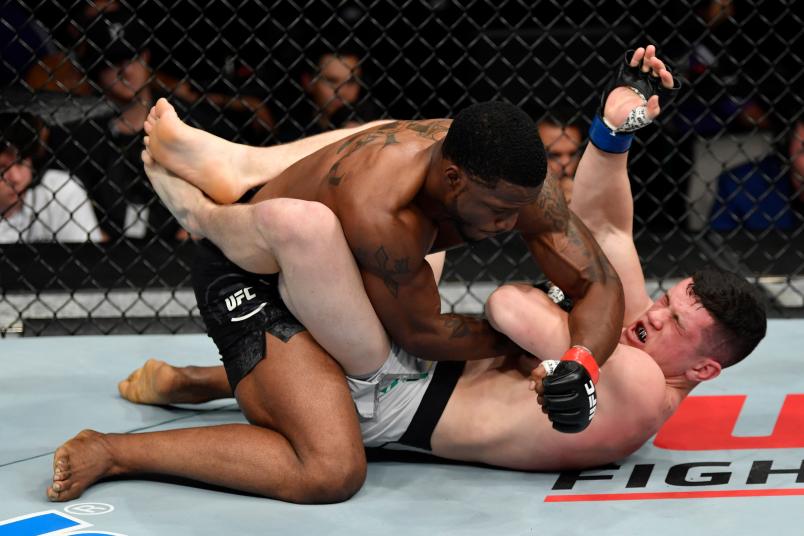 “When I went to fight Le Banner in France, I already knew that they were taking me out there to have me lose, so I went out there with a ‘F it’ attitude like, ‘F it, we’re going there and punch him in the face as hard as possible,’” he recalled. “If he can take it, he can take it. If he can’t, it is what it is.”

Four years later, everything has changed for Roberson career-wise, but his mindset remains the same.

“Going into enemy territory is always a different vibe because people support you, but they always want the home team to win,” he said. “So it’s always different going into other people’s territory, but at the end of the day you get used to it and you thrive off of it.”

Roberson’s rival this Saturday in Moscow is Octagon newcomer Roman Kopylov, an unbeaten southpaw expecting to put on a winning performance for his local fanbase, but he will be in tough with Roberson, who is not just one of the middleweight division’s top talents, but a young man about to celebrate his two-year anniversary as a UFC fighter on Monday. 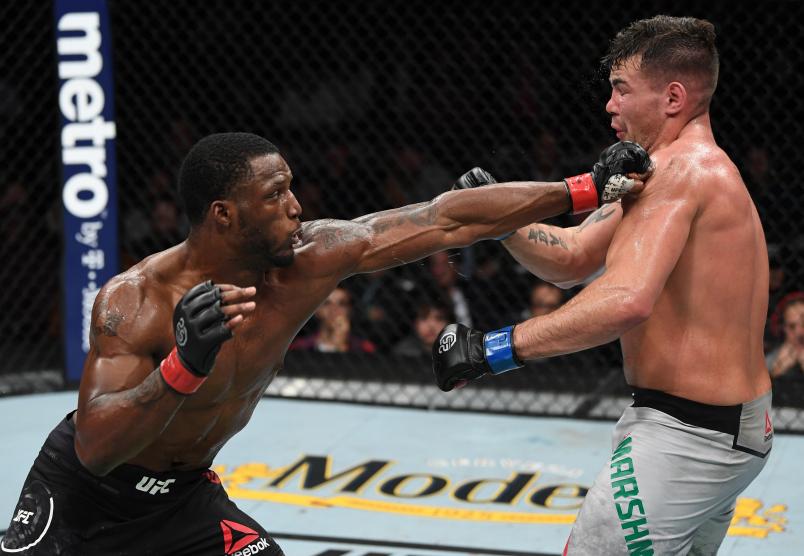 “It’s a great feeling,” the 29-year-old said of making it to two years in the big show. “It’s great, but stressful at the same time. It’s great because you’re exactly where you want to be, but it’s stressful because you’re always chasing the top but always defending your back. You’re always trying to gain momentum, but you’ve always got to defend yourself because people are always trying to take your spot.”

Yet with each win, Roberson is getting to the point where he will cement his place on the roster, and considering that he’s 3-1 in the Octagon as a middleweight with wins over Darren Stewart, Jack Marshman and Wellington Turman, that job security is getting closer and closer. In fact, his only defeat in the last year was in a short-notice jump to light heavyweight to face Glover Teixeira in January. And even that wasn’t a blowout for the Brazilian contender, who had to face some adversity before submitting his foe. As for Roberson’s thoughts on the fight, he has no regrets.

“It helped me a lot with experience because that’s how I got beat, with experience,” he said. “I appreciate this whole year because it put a stamp on my name that I’m really about this fighting life. I’m not here for the talking.”

It’s a philosophy Roberson shares with his good friend and teammate Corey Anderson, who made a pretty significant statement with his fists last Saturday when he stopped Johnny Walker. Now it’s Roberson’s turn, and he knows he and Anderson put in the work to get the results they want.

“We’re trying to stay focused and we pretty much just outwork everybody,” he said. “That’s how we got here, that’s how we improved so fast and how we learned so quick. It’s the grind. We push ourselves to the limit every day and it’s showing in our technique and showing in our progress.”

Unfortunately, Roberson was leaving for Moscow last Saturday and had to miss his buddy’s fight at Madison Square Garden, but now that he’s at the fight site and ready to go, his intentions are clear.

“You start getting tired of training and you just want to punch somebody in the face,” he laughs.

But will those somebodies continue to weigh 185 pounds, or will Roberson be open to fights at 205 pounds if the call comes?

“It matters where you’re at in the division,” he explains. “If you’re in the top ten and getting close to that belt, the smartest thing to do would be to draw the line in the sand and stay there and get to the belt.”

Roberson isn’t in the top ten at 185 yet. What does that mean?

“I’m fighting anybody,” he laughs. “You ask me, I’m putting gloves on and we’re knuckling up.”

Anybody but Corey Anderson, though.