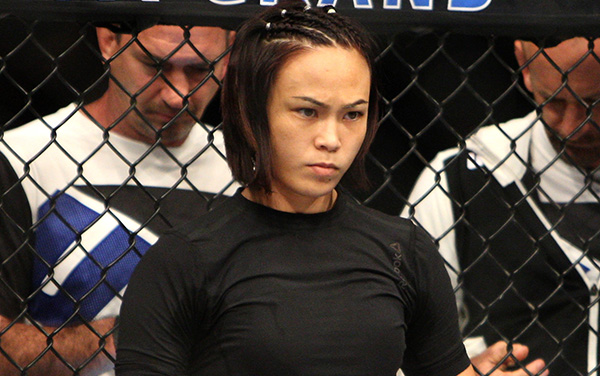 Fresh off her UFC debut win over Angela Magana in June, "The Karate Hottie," Michelle Waterson, will end 2015 in Las Vegas as she takes on number five-ranked strawweight Tecia "The Tiny Tornado" Torres in UFC 194 action at the MGM Grand Garden Arena.

UFC 194 is headlined by the long-awaited featherweight title bout between Jose Aldo and Conor McGregor and the middleweight championship fight between Chris Weidman and Luke Rockhold.

Ranked eleventh at 115 pounds, Waterson is a former Invicta FC atomweight champion whose move to strawweight against Magana was a successful one, as she submitted her opponent in the third round. A TUF 20 alum, the unbeaten Torres - who owns wins over Paige VanZant and Rose Namajunas - has won two UFC bouts thus far over Magana and Angela Hill.