Kara-France's journey from cruise ship to The Ultimate Fighter

When The Ultimate Fighter 24 premieres on August 31, there will be fighters there with more experience than New Zealand’s Kai Kara-France. Some will have more familiar names or more notable wins. But it’s a given that none of Kara-France’s castmates have ever fought on a cruise ship.

“It was one for the memories,” he laughed as he discussed his 12-second knockout of Dindo Camansa in June of 2015, a fight that took place on Star Cruises Libra on the Andaman Sea. Okay, it was docked at a port, but it still was on a cruise ship.

“On the top deck,” Kara-France recalled. “It was right next to one of the pools. It was pretty crazy.”

Call it another day in the education of the 23-year-old, who has been chasing his MMA dream since high school. But it was while he was in college that he got his first big break. Correction – he made that first big break happen when he won a scholarship to a university of a different sort – at the Tiger Muay Thai camp in Phuket, Thailand.

“There was a video on YouTube that went up, asking for guys to try out for the new team,” Kara-France said. “So I got selected out of 30 guys to come over and take part in the tryouts.”

Consisting of workouts in jiu-jitsu, wrestling, conditioning and Muay Thai, along with an interview, the grueling tryout was capped off by an unexpected finale.

“The last workout, we thought we were going back to the gym, and this is after we had just done four different workouts back to back,” he said. “Then they took us to this hill that was pretty notorious in the area where we were in Thailand called Big Buddha.” 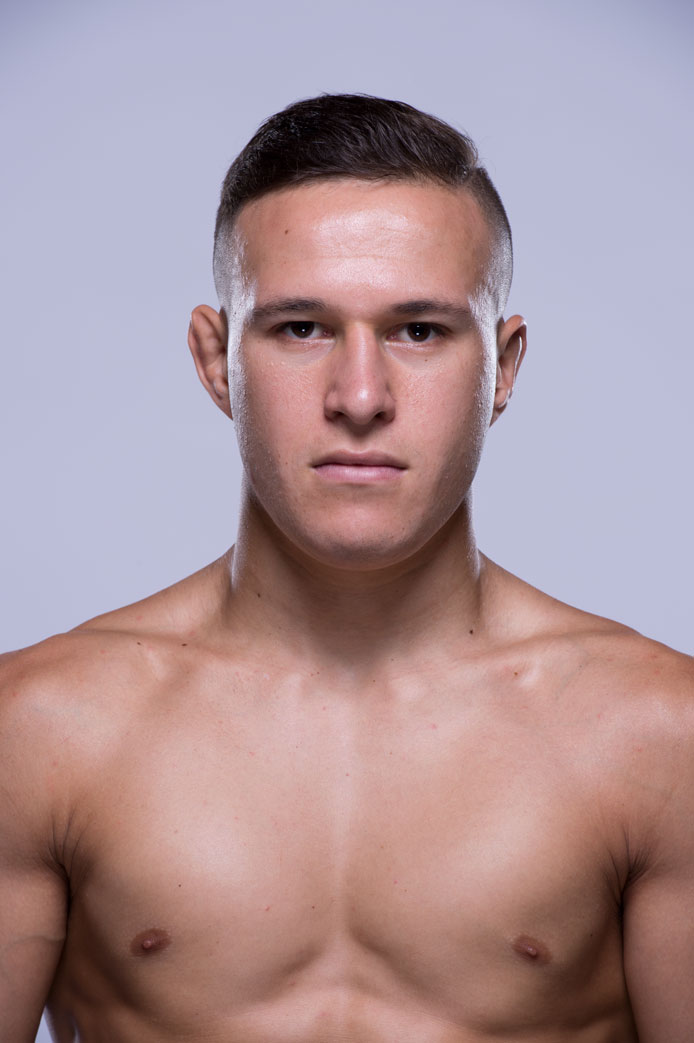 After the 5k race to the top, in which Kara-France came in second, he got the good news – he was in.

“It’s not necessarily the best guys, but the guys that are best for the team,” he said humbly. “I was the youngest there as well.”

Yet the best part of the story is that he did this all on his break from college, a time when most students are out partying. And when that break was over, Kara-France knew he wasn’t going back.

“In my head, I was already thinking, ‘Do I want to go back to university or do I want to do this as a career?’ That’s what motivated me. I wasn’t the best there, but I was the hardest working there and the coaches saw that. And I want to see how far I can take it. University’s always there. I come from a family of lawyers. Both my brother and my dad are in a law firm, so they expect me to go back to university, but they support me a hundred percent, so for now, this is my focus.”

And though his 12-6, 1 NC record has its peaks and valleys, there are more peaks these days, especially since he decided to bounce back from a three-fight losing streak with a drop from bantamweight to flyweight.

“I knew it wasn’t my last chance, but to get where I wanted to go, it was going to be really hard if I didn’t get another win,” he said. “In the past, I’ve taken fights where I didn’t care who it was. That’s kind of the mentality we have in New Zealand, but it’s definitely not a way to take your career as far as you can.”

As he enters TUF 24, Kara-France has won five in a row, all by knockout, a testament to his nickname, “Don’t Blink.” And you can call him young and relatively inexperienced, but he doesn’t mind. He’s ready for this tournament.

“I just treat it like hard sparring,” he said. “I’ve had a lot of fights now and I fought in 11 different countries, so I’m kind of used to that feeling. It doesn’t matter where I am; I know how to motivate myself and how I need to turn it on. But I’m definitely on a roll now.”