"I don’t want a judges’ decision. I just want to finish the fight and get a win. He’s tough, but he’s also beatable." - Martin Kampmann 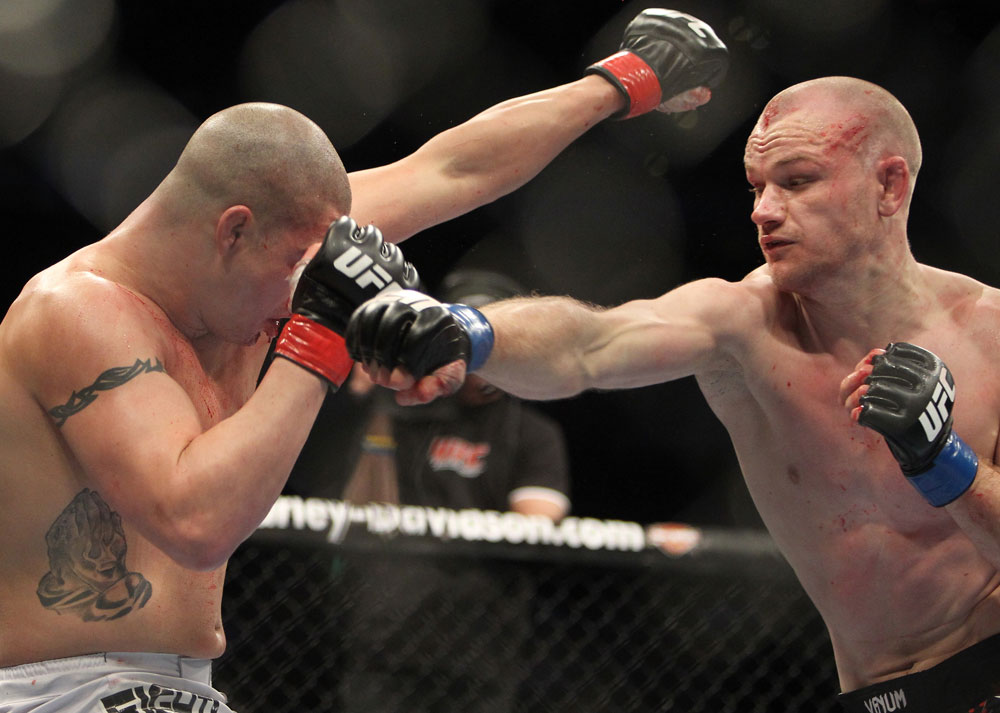 Coming off back-to-back losses for the first time in his career, Martin “The Hitman” Kampmann looks to rebound at UFC 139 against Rick Story, a rugged wrestler who won’t back down if fisticuffs start flying.

“It sucks to have two losses on paper,” said Kampmann (17-5), a native of Denmark who resides in Las Vegas, Nevada, and trains at Xtreme Couture. “Especially my last fight, I thought I won. I beat the snot out of Diego (Sanchez). It sucks to get on the wrong side of a decision. In the Jake Shields fight I was disappointed in my own performance, even though you could make an argument that I won. When I fought Shields he kind of hugged me and humped my leg for most of the fight. But I’m looking forward and staying positive. I’m getting the win Saturday and that will put me right back up there.”

Story, a former collegiate wrestler, has triumphed in 12 of his past 14 fights. He is 6-2 in the UFC, including noteworthy wins over Thiago Alves and Johny Hendricks. Though he is known to bang when necessary, Story prefers to take opponents down and punish them on top. A key battle in the fight will be Story’s takedowns versus Kampmann’s defense; the Dane has stuffed 81 percent of his foes’ takedown attempts.

“He’s a good wrestler who comes in and he’s not scared to exchange punches. He can eat a shot, too,” Kampmann said. “So he’s definitely a game opponent. He’s very strong and fights southpaw, but I feel I can beat him standing and on the ground. Either way, I’m going to knock him out or submit him. I don’t want a judges’ decision. I just want to finish the fight and get a win. He’s tough, but he’s also beatable. Everybody’s beatable.”

Saturday night in San Jose, California, will mark Kampmann’s 13th foray inside the Octagon; he made his UFC debut back in 2006 and has notched eight wins since then, most notably defeating Carlos Condit, Thales Leites and Paulo Thiago.

It has been eight months since Kampmann last fought. In the interim, his wife gave birth to a son, Xander, now three months old.

“I spend my spare time with him,” Kampmann said. “I love it. It’s the greatest experience ever. You can’t describe it. You’ve got to have your own baby to know that feeling. No matter how bad your day goes, when your baby smiles at you it makes you happy.”

Becoming a parent tends to change a man’s perspective. But even with an extra mouth to feed, Kampmann doesn’t concern himself with trying to avoid three straight losses.

“I try not to focus on that. I don’t want to put more pressure on myself,” he said. “Just going into the Octagon and fighting is plenty of pressure already. So I don’t worry about stuff like that. I’m just focused on coming to win and beating Rick Story.”