Kamaru Usman may not have as many finishes as other UFC fighters, but his fight-game mentality is equally savage as any finish
By Jon Gagnon • Jul. 10, 2020

Kamaru Usman vs Jorge Masvidal is the mega-fight UFC fans have been expecting ever since Usman settled his score with Colby Covington and Masvidal earned BMF honors against Nate Diaz late last year.

So when the fight was booked earlier this week after Gilbert Burns was forced to withdraw from UFC 251, there was a sense of excitement across the MMA community.

Much of the rhetoric was praise for Masvidal. On a week’s notice, Masvidal agreed to a new contract and a fight with Usman – which required an instant trip to Las Vegas and eventually Yas Island, along with a series of COVID-19 tests. He also had to cut around 20 pounds to make the championship limit of 170 pounds.

Everyone was impressed with the commitment Masvidal was making to save the UFC 251 main event on Fight Island. Except Kamaru Usman.

He’s not wrong. For weeks Usman has been preparing for a five-round title fight with Burns – a worthy challenger who is riding a six-fight win streak that most recently includes a dominant victory over the former champion, Tyron Woodley.

While Usman presumes that Masvidal’s focus of training has remained on the champ, the way he sees it, it’s a short notice fight for them both.

“I train for every style and every opponent,” Usman said. “I trained to get into a scrap. At the end of the day, it doesn’t matter, I’m gonna do what I do.”

What exactly does Usman “do?” His resume speaks for itself. He’s never lost in the UFC and holds wins over nearly everyone who’s anyone in the welterweight division. 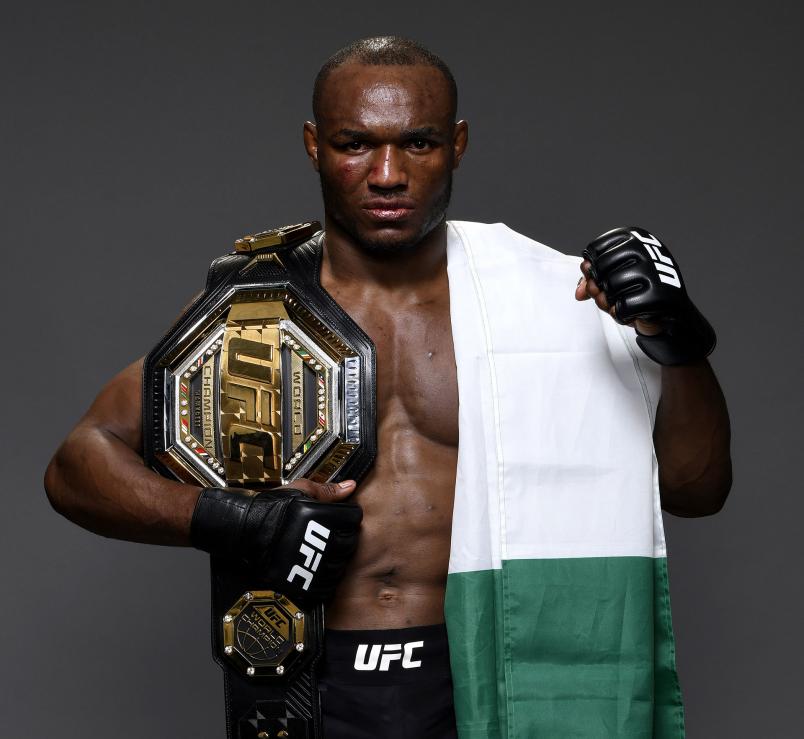 Usman is aware of the hype and the draw that Masvidal delivers. Much of that is because of Masvidal’s unique fighting style, swagger and, of course, his finishes. Usman doesn’t have many of the latter. He has only three finishes in his 11 UFC fights. But if you dive into the mentality of his approach to the Octagon – it’s just as savage as any KO or submission.

“There’s a different fight you have with yourself when you’re fighting somebody,” Usman said. “Sometimes you can get lost in that when you’re in a stadium with 20-thousand people. That can uplift you or be a detriment. There’s a reason why I love to break guys over an entire round. If you a knock a guy out in the first round he can tell himself ‘I got caught.’ There’s different types of excuses. But when you beat their a** from start to finish, outclass them completely, it breaks something internally and takes something that they can never get back.”

It seems Usman answered the “what will it be like to fight in an empty arena?” question on his own. He looks forward to the opportunity to take advantage of the intimacy of a crowd-less fight.

As for all the attention Masvidal has received and the storied bad blood between the two? That’s not a factor either. Usman said he sees no face once he steps in the Octagon. The evidence of that is in his Covington fight, which debatably was a more intense feud. Usman remained poised and calm throughout, emotionless to all the talking Covington had spewed in the weeks prior.

“Masvidal is supposed to get attention. At the end of the day, he’s the biggest, baddest opponent that I’ve faced up until this date,” Usman said. “(The media and fans) are supposed to make a big deal about this. (Covington and Masvidal) say all this stuff to build themselves up but when they step up there, their dreams of turning into a champion turns into a nightmare very quickly.”

Usman is prepared to deliver a nightmare to Masvidal. And a lesson.

“My goal is always to teach a lesson. It started back in wrestling. I’d rather beat a guy by such a wide margin that they never dream of competing with me again,” Usman said.