Willis Transitions From The "Nail" To The "Hammer"

“I learned how to be the nail at the beginning. As time passed, obviously in the progression of things, you become the hammer.”
By E. Spencer Kyte • Mar. 19, 2019

At the outset of his career, Justin Willis knew that being the nail was a crucial part in the process of becoming the hammer.

Stationed at American Kickboxing Academy alongside standouts Cain Velasquez and Daniel Cormier, as well as countless other elite talents, the now 31-year-old heavyweight took his lumps and studied his more established teammates, learning everything he could from two of the division’s elite, knowing that his time would come.

“When I first came to AKA, I got a chance to come and learn behind them when they were in their primes, so I got a chance to see how they developed, how they went about their day-to-day functions, how they trained,” Willis said of Cormier and Velasquez. “That was the most important time for me.

“I learned how to be the nail at the beginning. As time passed, obviously in the progression of things, you become the hammer.” 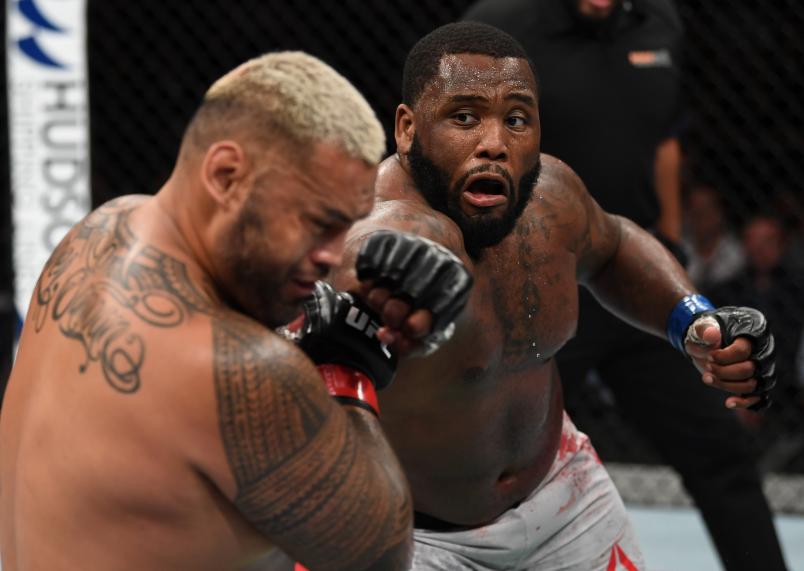 For Willis, who grew up in the foster system and encountered trouble at a young age before being adopted at 15, the idea of being “the nail” isn’t a one-off thing. It’s more of a station in life — a position you have to suffer through and endure before you can graduate to being “the hammer” — and something you have to come to accept before you’re able to change roles.

After everything he’s been through in life and his initial days training at the famed San Jose fighting outpost, Willis knows he’s familiar with being “the nail,” though he’s not so sure the man he faces this weekend in Nashville, Curtis Blaydes, fully understands what it means.

“I don’t think he’s every really learned how to be the nail,” Willis said of Blaydes, the fourth-ranked heavyweight contender whom he’ll share the cage with in the UFC’s return to Bridgestone Arena on Saturday night.

Ironically, Blaydes tweeted about being “the nail” following his last appearance in the Octagon, a 45-second loss to Francis Ngannou back in November that halted his six-fight unbeaten streak. While the Elevation Fight Team member has said all the right things about taking the loss in stride and understanding that competing at the highest level comes with the occasional loss, Willis isn’t so sure his impending opponent fully appreciates the position the way he does.

“It’s not a one-fight thing though; it’s more of a molding process,” he said. “If you’re in a fight and you’re the nail and you don’t understand this is just how it goes, there is no progression.”

And progression is a big thing for “Big Pretty.”

While some may question why the confident heavyweight who enters Saturday’s contest with Blaydes on an eight-fight winning streak was content to stay on the outside and frustrate Hunt with simple combinations and movement, Willis explained that effort and the ones before it were all part of a larger plan.

“Before my dad passed, he told me, ‘Don’t rush it’ — to make sure I was developing because I think everybody can see my talent,” explained the gregarious heavyweight. “My thing is that for the previous fights, I wanted to get rounds, so I could gain experience and I did that.

“I wanted to make sure I could complete the three rounds. I wanted to be sure that I could up the pace every single fight. I was just learning, growing. The goal wasn’t to rush. The goal was to learn. Now the focus is different.”

Currently ranked in the Top 10 and set to face Blaydes in a bout that where a victory would significantly alter his standing in the division and catapult him into the title conversation, Willis is ready to showcase the next phase of his development. 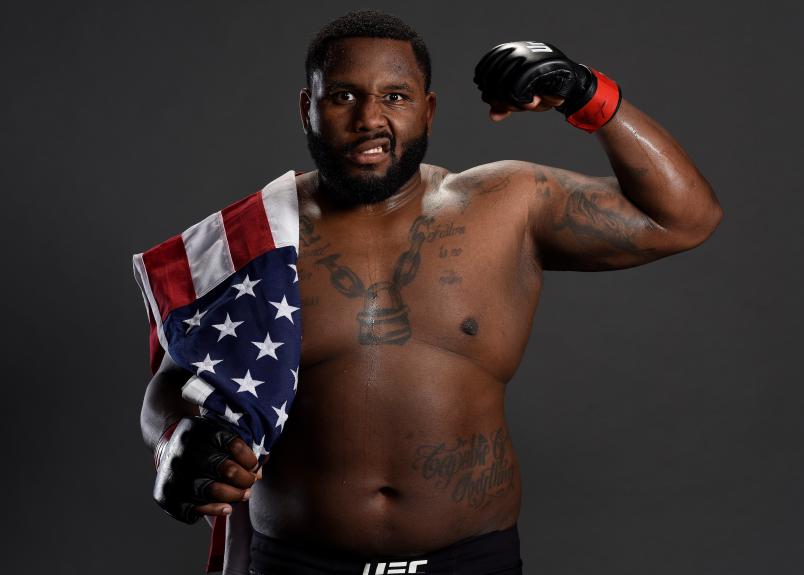 ATLANTIC CITY, NJ - APRIL 21: Justin Willis poses for a portrait backstage after his victory over Chase Sherman during the UFC Fight Night event at the Boardwalk Hall on April 21, 2018 in Atlantic City, New Jersey. (Photo by Mike Roach/Zuffa LLC/Zuffa LLC via Getty Images)

ATLANTIC CITY, NJ - APRIL 21: Justin Willis poses for a portrait backstage after his victory over Chase Sherman during the UFC Fight Night event at the Boardwalk Hall on April 21, 2018 in Atlantic City, New Jersey. (Photo by Mike Roach/Zuffa LLC/Zuffa LLC

While he won’t go into specifics, like everything else with Willis, the way he looks at things and speaks about his craft is much deeper than the standard language of the fight game.

There is an acceptance of how things work, much like the way he frames the whole “hammer and nail” metaphor, and a focus on the ultimate goal of winning championship gold while continuing to get better and show a little more at each stop along the road to the top of the heavyweight division.

“My goal is to dominate,” said Willis. “Even during the process, my goal was to dominate. What I do and how I focus on my fights is that I focus on evolving every single time because when someone is evolving, it’s difficult to solve that Rubik’s Cube. Everyone has a recipe to win and a recipe to lose and that’s just a reality that a lot of guys don’t understand that well, like Curtis Blaydes.

“If you look at his fights, he hasn’t really evolved; he literally has not,” he said of his opponent this weekend. “If you look at my fights, they’re all different, especially the Mark Hunt fight, where I showed even more evolution.

“After this fight, it depends on what they offer me,” said Willis. “If it makes sense, then I go forward and if it doesn’t make sense, I continue to get better and evolve. It’s all about evolution.”