Having brothers who love to fight can make growing up hard, but in the case of heavyweight Justin Tafa, it can also help you prepare for your next appearance in the UFC Octagon.

The Brisbane-based, New Zealand-born prospect of Samoan heritage sometimes has trouble finding guys big enough to train with, which the various pandemic lockdowns/border closures in Australia only made tougher ahead of his clash with Harry Hunsucker at UFC Fight Night: Lewis vs Daukaus.

“But even with the restrictions going on, I was lucky in that I was able to get in some good training with my younger brother and with my youngest brother,” says Tafa, nicknamed “Bad Man”.

They’re no slouches, either. Justin’s younger brother, Junior, is a 6'6" professional kickboxer and MMA fighter who was recently selected for Dana White’s Contender Series, but unfortunately couldn’t travel to the U.S. due to visa issues. 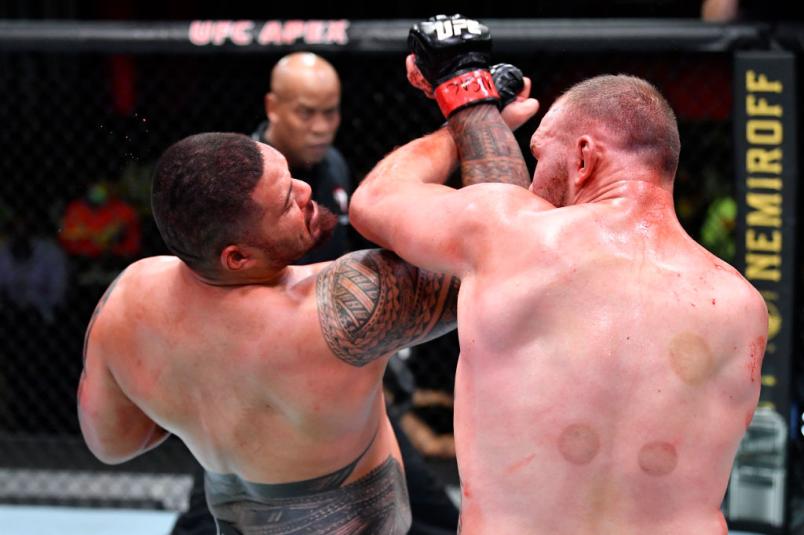 Justin Tafa of New Zealand punches Jared Vanderaa in their heavyweight bout during the UFC Fight Night event at UFC APEX on May 22, 2021 in Las Vegas, Nevada. (Photo by Chris Unger/Zuffa LLC)

“We were rough kids,” laughs the 28-year-old, remembering his childhood. “We would fight in the park. We even had a fight in church! We were very competitive and just loved being active and playing footy.”

Just like Tai Tuivasa, Alexander Volkanovski, Robert Whittaker and many other fighters from Down Under, rugby league played a big part in Tafa’s formative years. Indeed, he was talented enough to be signed by one of the top Australian clubs to play in a junior competition.

Tafa seemed destined for a career in rugby league, until one day he simply lost his passion for the game.

He explains: “I remember going into a tackle, and I was wrestling this guy to the ground, and I suddenly realized I didn’t love the sport anymore. And then I stopped caring if we won or lost. I’m usually a sore loser, because I’m so competitive, but I’d stopped caring.” 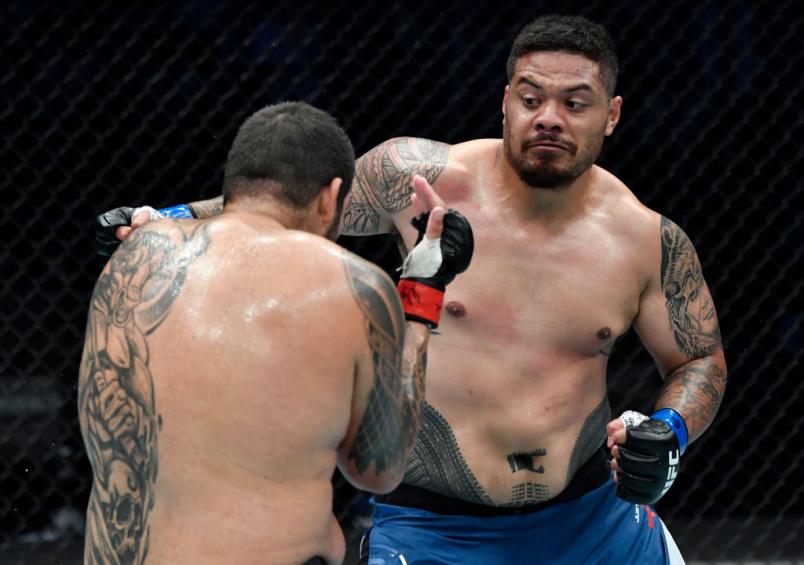 Switching to combat sports seemed an obvious move for the young man who’d grown up scrapping with his brothers and idolizing combat stars like boxer David Tua and kickboxing/MMA legend Mark Hunt.

“I started training with Mark doing kickboxing, then he got me into MMA,” recalls Tafa. “He said it was the future and I realized that a lot of the movements were actually kind of similar to what I’d been doing with footy. Plus, I was already used to working hard, dealing with injuries and stuff like that.”

Interestingly, it’s not the training aspect that the heavyweight has found most difficult as he’s made his way from the Aussie MMA scene to the UFC.

“The harder thing to pick up, for me, has been the publicity,” he admits. “Doing interviews, social media and those things. It’s taught me to have a stronger backbone, too – there are a lot of s**t-talkers!” 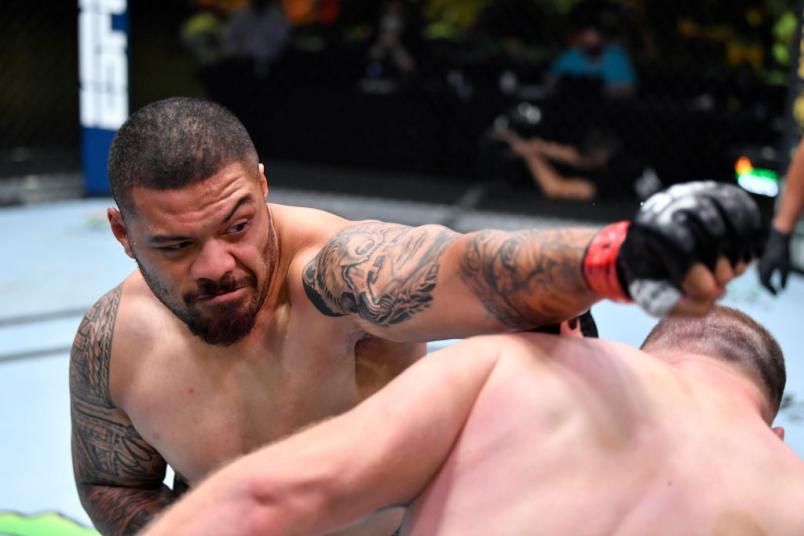 Justin Tafa of New Zealand punches Jared Vanderaa in their heavyweight bout during the UFC Fight Night event at UFC APEX on May 22, 2021 in Las Vegas, Nevada. (Photo by Chris Unger/Zuffa LLC)

Having other successful Polynesian fighters around him has paid off, too.

“It’s great. It shows you that all goals are attainable with hard work. You can achieve legendary status like Mark Hunt, or go on a roll like Tai Tuivasa is currently doing. Maybe not the shoeys, though. Ha-ha!”

Tafa’s next opponent is heavy hitter Harry Hunsucker, who is coming off a knockout loss to Tuivasa. Which begs the question: Has “Bam Bam” shared any secrets to beating the American?

“No, we didn’t really talk about his fight,” admits Tafa. “All fights are different. Tai just wished me luck and said I should go get that Christmas money.”

Hunsucker, whose record includes three wins by KO and four by submission, has apparently said he’s planning on making it a short night for Tafa.

“He can say what he wants,” responds the Brisbane-based fighter. “It’s easy to slug on against someone, but not so easy when they slug back. And we boys from Down Under love to slug on!

“I’m fine with going the distance, too. I’ve done it twice this year. He’s only ever been to the second round once. I’ve dug deep and put on some good brawls. He knows I can do it again.

“I see the fight going down with him going down,” jokes Tafa.

As you might have guessed, the big man won’t be celebrating a victory by drinking beer from a shoe atop the Octagon like his buddy Tuivasa. Even going out on the town afterwards isn’t really his style.

“Vegas looks crazy to me,” he laughs. “I don’t really like nightclubs. I’ll wait until I get back home, then go to my local pub where I know people, along with the boys and my family.”

Tafa hasn’t forgotten the ones who set him on the road to the top, so it’s no surprise they are still supporting him every step of the way.