Justin Salas: Man on a Mission

"My best is yet to come and I know this. I’m going to keep training hard and make a statement in this fight." - Justin Salas 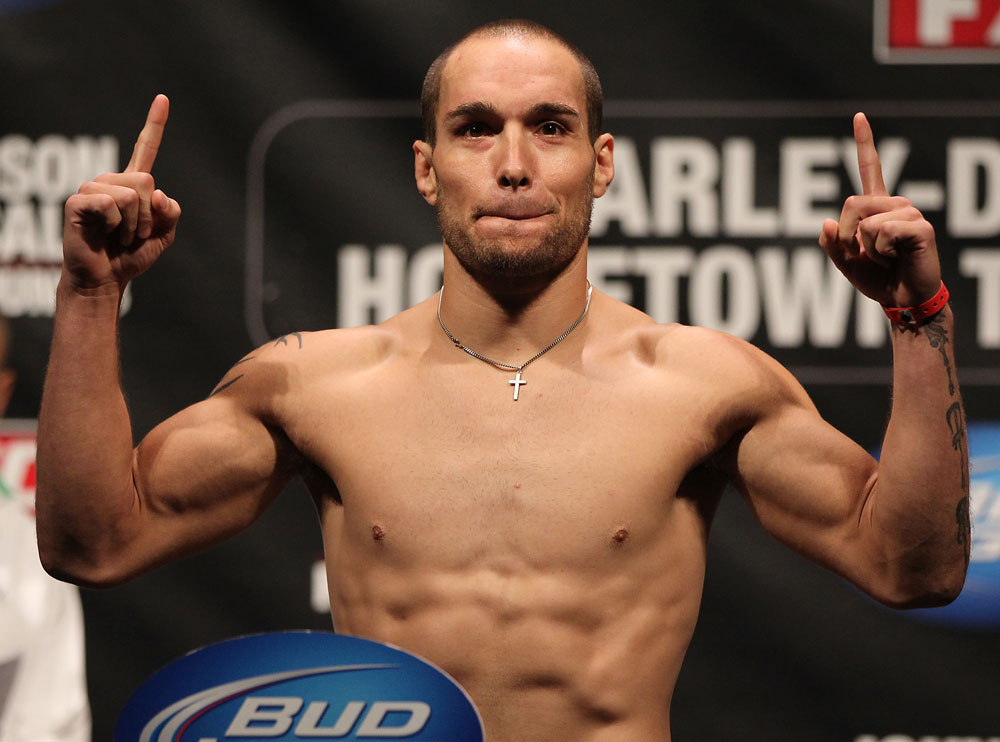 Mixed martial arts is a turbulent sport filled with uncertainty and a constantly changing career path for every fighter who chooses to take a shot at establishing themselves for the long haul. While fighting in itself is a daunting task, there are those who believe they have what it takes to not only gain traction in an ultra-competitive environment, but flourish in the process of being tested.

For 31-year-old Colorado product Justin Salas, progress has come in large strides, but ultimately it has been the setbacks which have provided the most momentum.

After a dominant run on the regional MMA circuit in Colorado, where he earned victories over TUF 5 alum Rob Emerson and Joe Ellenberger, who is the twin brother of welterweight contender Jake Ellenberger, “J-Bomb” earned a call from the sport’s biggest promotion. He wasted no time making the most of the opportunity as he made a successful debut by defeating Anton Kuivanen at UFC on FUEL TV 1 in Omaha, Nebraska.

While making a successful debut under the UFC banner had Salas eyeing a solid run in the lightweight ranks, a devastating setback against upstart Tim Means in his next outing cooled those particular fires for the time being.

Following the loss, the Team Grudge fighter was looking to get back on track via the quickest route possible, but an injury forced him to remain on the sidelines and ultimately take a long hard look at his goals for the road ahead.

“It was a little bit of a letdown with everything but I like to focus on the positives,” Salas said. “I believe everything happens for a reason. I was just trying to heal my body up and working on evolving my game. I have been doing everything I can to make sure I keep getting better even though I haven’t been able to get inside the Octagon for a while. I am making sure that I am becoming a better fighter who is more well rounded, and the goal is to make sure I’m a better version every time I step out there so I don’t get predictable.

“For me, fighting in the UFC is everything. I always want to be the best in what I do and I’m at my best when I’m working toward something. To be in the UFC and competing against the best fighters the world has to offer means everything to me. I want to be there and want to show the MMA world I belong there. I did have some expectations coming in and beat some tough former UFC guys before I joined the UFC. Then I had a good debut but had a setback in my second fight. To me, that is just part of the journey and I embrace that. Whatever happened in my last fight, I embraced it and learned from it.

Where the time off and a knockout loss hovering over could have allowed doubt to sink into the minds of some fighters, Salas used the situation to the light the fires of motivation. He has every intention of coming back at full force and will be looking to find redemption when he faces Aaron Riley at UFC on FOX 8 on July 27th.

In the bout with Riley, Salas will face a savvy veteran who has been competing as a professional for the better part of two decades. The 32-year-old Indiana native has made several runs under the UFC banner, each time failing to establish himself in a divisional picture.

During his most recent six fight run, the veteran has split the gap, picking up three victories while dropping three fights as well. With the increasingly competitive nature of the lightweight division, Riley has no room for error and this will undoubtedly increase his urgency in the upcoming tilt with Salas.

Nevertheless, Salas has his own motives going into the bout and envisions an end result where his hand is raised in victory.

“I’m looking to put another streak together,” Salas said. “I’m just going to keep going. Throughout my career in athletics and wrestling, I have met failure before and had to overcome things. But it has never stopped me from becoming a champion multiple times in wrestling and fighting. A lot of those opportunities I have seized have come after losses. I think that’s because I don’t carry any excuses and I don’t have any excuses for my last fight. I had a great training camp going in, but it just wasn’t my night. Now, I’m looking at this fight as an opportunity to start a new winning streak. I’m going to keep pressing until I climb that mountain, get my shot, and make my mark in MMA.

“One thing about Aaron Riley is that he’s a veteran. He’s a hard-nosed for sure. But we are in the UFC and everybody is hard-nosed and tough. I know it’s going to be a challenge but I believe I’m athletically superior and have better movement. I believe I have better scrambling ability, but he’s definitely going to be standing in front of me and grinding until I either finish him or win the fight. He loves to grind and he’s not going to break. You have to finish him to beat him. That is exactly the perfect matchup for me. It’s going to cause a clash. No one is going to run. No one is going to be backing up. It’s going to be coming forward and who is going to impose their will. I know we are both going to try, but I’m going to be the one who has their hand raised at the end of the fight.”

After facing down a year-long layoff and preparing to mix it up with a seasoned veteran in Riley, Salas’ chance for redemption will be approaching in short order. When the cage door closes at the Key Arena in Seattle, the Wyoming-born fighter will be looking to spring from the fires of adversity and put on the caliber of performance that leaves an impression with the UFC fan base.

While he is only a handful of fights into his run as a UFC fighter, Salas is confident he is going to make people sit up and take notice at UFC on FOX 8 in Seattle.

“I keep everything positive and I believe it is just a matter of time before everyone gets to see me at my full potential in the UFC,” Salas added. “My best is yet to come and I know this. I’m going to keep training hard and make a statement in this fight.”