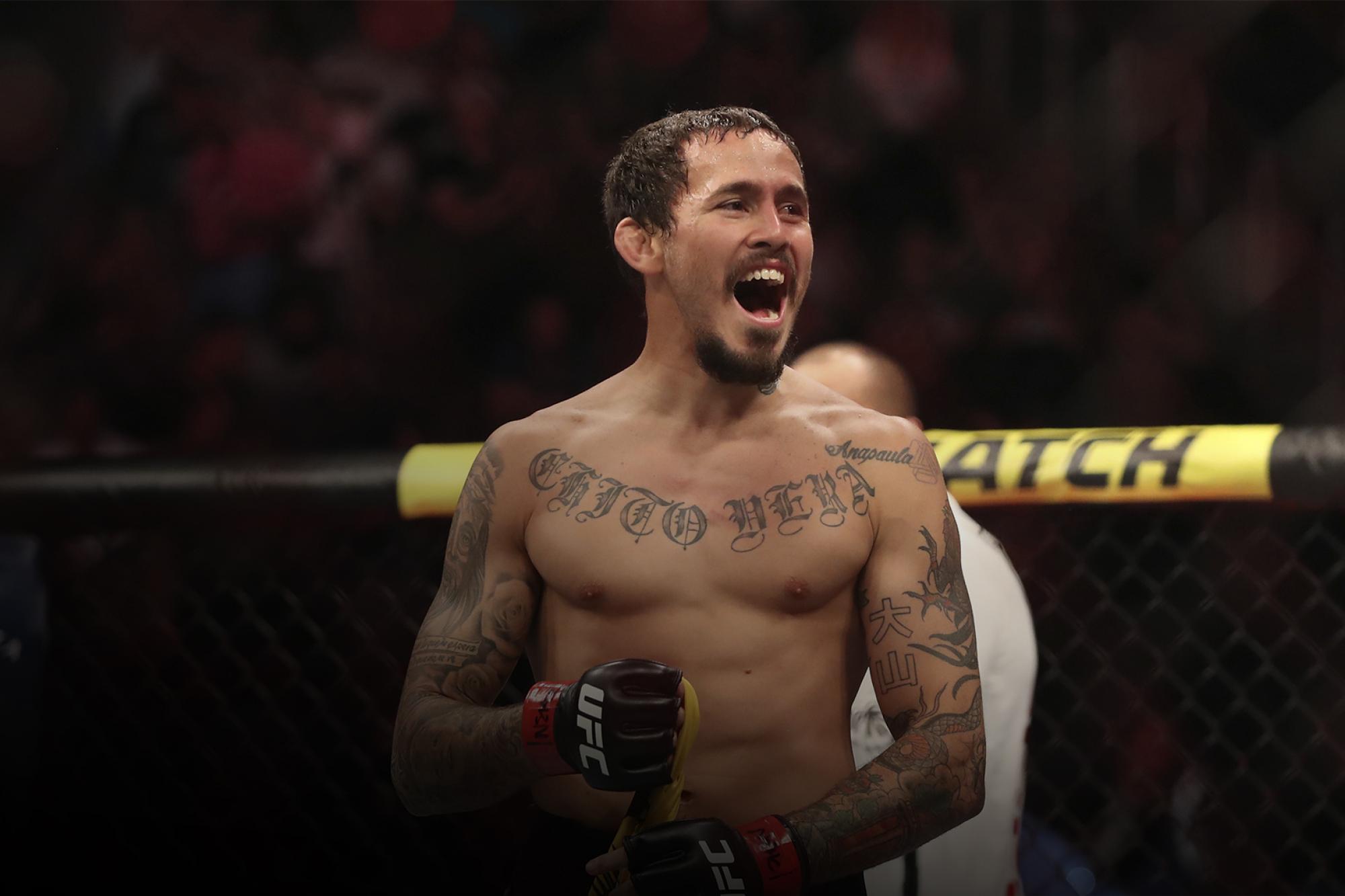 Just A Matter Of Time For Marlon Vera

“I feel I’m right there, so if the number is not official next to my name, that doesn’t affect me or make me feel that I’m not there."
By Thomas Gerbasi, on Twitter: @TGerbasi • Oct. 8, 2019

Marlon Vera may not be a member of the bantamweight top 15, but he has no doubt that he belongs in that club, and he will fight accordingly when he seeks his fifth consecutive win this Saturday against Andre Ewell.

“I feel I’m right there, so if the number is not official next to my name, that doesn’t affect me or make me feel that I’m not there,” Vera said. “I know I have the level to be there, so it’s just a matter of time. I’m not rushing anything or going online and crying about it. I’m focused on one thing – the fight that is in front of me.”

That’s not a new development in the career of the 26-year-old from Ecuador, who has always put all his eggs in the basket of becoming a world champion, even when it seemed like nothing but a dream.

“For four or five years, I didn’t go to a friend’s house on a Friday night to go drink,” he said. “I didn’t go hang out. I can say from the bottom of my heart that I never, ever took off because I had a good time the night before. Some fighters, they skip training and they’re willing to have fun, and that’s not my case. I left (Ecuador) to make it happen. They’re not really closing their eyes and saying ‘F**k everything around me, I want to be the next one in the UFC.’”

With Ecuador far from a hotbed of MMA, Vera still made a name for himself on the local circuit in South America before a stint on The Ultimate Fighter Latin America opened the door for him to get to the UFC and make a move to California to train. And though he’s had his ups and downs to get to this current four-fight winning streak, the work and determination has never wavered.

“It will always pay off,” he said. “You just have to find your way. My kids won’t eat off me hoping. They’ll only eat off me getting stuff done.”

And as of late, few have gotten it done better than “Chito,” who has finished Wuliji Buren, Guido Cannetti, Frankie Saenz and Nohelin Hernandez in his last four bouts, the most impressive perhaps being his July submission of Nohelin Hernandez, a late replacement foe who Vera accepted on short notice.

“Honestly, it was pretty hard,” said Vera of the mental and physical battles that went into the UFC 239 fight. Originally scheduled to face Sean O’Malley in Las Vegas, Vera saw the Contender Series alum get pulled from the bout. Not knowing if he would get a replacement that close to fight night, Vera grabbed a couple cheat meals, only to then get the call that newcomer Hernandez was stepping in with nothing to lose and everything to gain. But Vera got over those mental battles, made weight and then ended his opponent’s night in the second round.

“I was getting ready for one thing, then they pulled him out days away from the fight, but I made weight like a pro, then fight night came and I put it on that guy because that’s what you’re supposed to do. You have to finish them to make a statement.”

Vera has been making plenty of statements as of late, and if you want to go back even further when it comes to mental toughness, remember that Vera has never been stopped in his career, making it clear that this is a young man who will not go away quietly.

“I will always know I did everything I could,” he said, trusting that his mindset and grit – along with his talent – will get him where he wants to go.

“You see how many guys came to the UFC, and their first three fights, they’re like ‘Wow, it’s the next Anderson Silva.’ Then three months later, the guy loses. That’s because he wasn’t ready mentally. I don’t know what switch I turn on in my head that makes me have that willpower, but basically it’s kill me or stop me. I’m not giving you the fight like a lot of other fighters do. That’s something mental and that comes from your training. Honestly, every practice, I’m taking it serious. I mess around 20 hours a day, but the four hours I’m training, I’m working and it’s paying off.”

“There are no superheroes here,” he said. “It’s just two men and one is gonna lose.”

Marlon Vera is doing everything possible to make sure it’s not him.

“I always think this is gonna be the last fight of my life, the hardest one, the ugliest one,” he said. “But I know when the fights get ugly, I’ll be ready.”