Formiga: "I Have To Be Next For Cejudo"

“Being No. 1, I’m ready. I have the right to fight for the title. I have to be next for Cejudo. That’s the reason why we decided to take the fight, because of all the commotion with the division.”
By Damon Martin • Mar. 18, 2019

Since first arriving in the UFC nearly seven years ago, Jussier Formiga has always been considered one of the elite flyweights on the roster, but he never quite made it to a championship fight.

He has defeated many of the top 10 athletes competing at 125 pounds, but each time he seemed just one step away from a title opportunity, Formiga came up short.

Following a rollercoaster ride through wins and losses in four straight fights, the 33-year old Brazilian decided it was time for a change.

That’s when he relocated his entire life to south Florida, where he began training at American Top Team, a gym that houses numerous current and former UFC champions such as Amanda Nunes and Junior Dos Santos.

“Every time you make a move in your life comes the questions about did I make the right decision? Maybe I’m going to regret it,” Formiga said about his decision to move to Florida. “That was definitely not the case. I don’t regret anything. I think I made the right move.

“It was even better than I thought. I got along with everybody here. My skills as a fighter definitely improved and my skills are still improving. Being in Florida, it’s very similar to Brazil with the hot weather. It just makes everything perfect.” 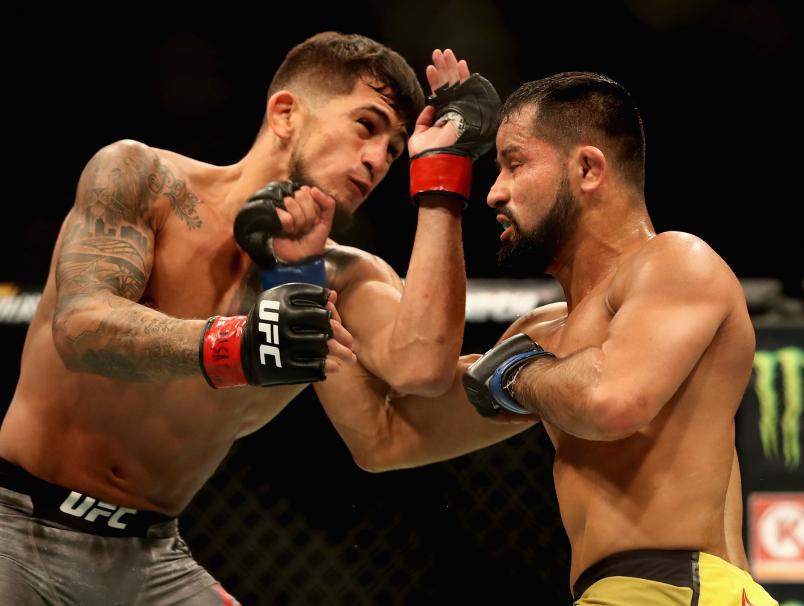 The results in his training in Florida started to show almost immediately, with his first full camp culminating in a victory over Ulka Sasaki in Japan.

Formiga then followed that up with two more dominant wins, including a rear naked choke submission against Ben Nguyen and a unanimous decision against Sergio Pettis in a showcase performance last October at UFC 229.

It’s easy to tell that Formiga has found the perfect home.

“The first fight from the [win] streak was in Japan and I was already training here [at American Top Team] and then right away after, I brought my family and everything was just perfect,” Formiga said. “Being in Florida, the hot weather is better than being in the cold. The training partners and the coaches, everything just came out really good.”

While he will always love the teammates he left behind in Brazil, Formiga says having everything he needs housed under one roof at American Top Team has made a tremendous difference in his preparation.

From his striking and grappling coaches to a world-class group of training partners, Formiga wants for nothing at American Top Team.

“Before, I used to drive to different places to get my training done,” Formiga explained. “To have everything in one place and everybody as coaches, they all communicate with each other, so they all know what I’m doing and it makes a big difference.

“I think that is definitely the best way to improve yourself when you have everybody on the same page.”

As he looks to build on that three-fight win streak, Formiga will next test himself at UFC Fight Night in Nashville against an undefeated prospect looking to take his place in the rankings.

Fellow Brazilian Deiveson Figueiredo comes into the fight with an unblemished 15-0 record that includes four wins in the UFC. Figueiredo has also finished three of those four opponents by technical knockout, including his last win over former title challenger John Moraga.

It’s just a further testament to the kind of danger Figueiredo brings into every fight.

As much as Formiga has been impressed by the footage he’s seen on Figueiredo while studying him ahead of this fight, he also knows this is his biggest step up in competition. 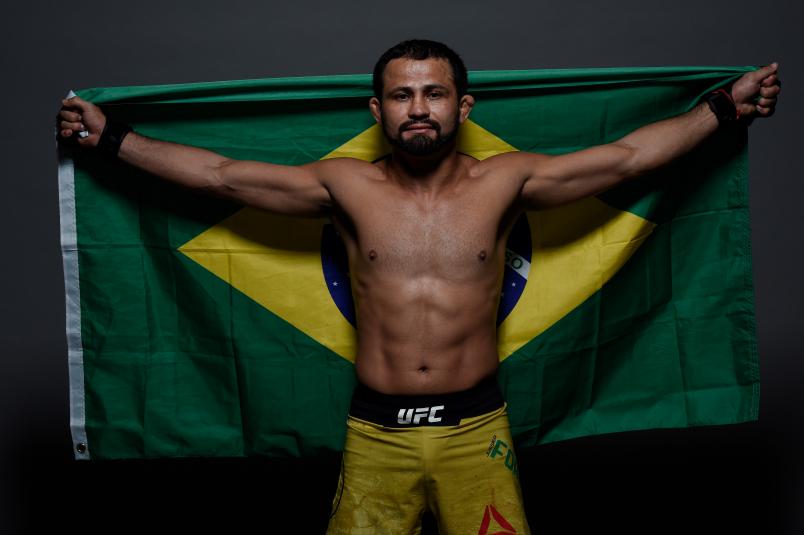 He had to go through his own growing pains once he reached the peak of the flyweight division and Formiga anticipates that Figueiredo might be in for a rude awakening now that’s he’s taking on a legit top five-ranked opponent.

“You feel you’re going against the best guys in the division. For sure, there’s going to be a lot of pressure on him. Besides that, I think everything is going to be answered on March 23.”

Even before this fight was made, Formiga truly felt like he was worthy of a title shot at 125 pounds, especially considering the way he’s rolled through his last three opponents.

Formiga actually battled current flyweight king Henry Cejudo to a split decision when they first met in 2015 and he hopes to stand across the Octagon from him again one day in the future.

“Being No. 1, I’m ready. I have the right to fight for the title. I have to be next for Cejudo,” Formiga said. “That’s the reason why we decided to take the fight, because of all the commotion with the division.”

Cejudo is coming off a stunning 32-second knockout in his last fight when he faced bantamweight champion TJ Dillashaw. As of now, he’s still awaiting his next opponent and Formiga hopes to catch his attention with a strong performance on Saturday night in Nashville.

“[Henry Cejudo] will face a different Formiga than he fought almost four years ago,” Formiga promised. “I do believe he improved the same way I did, but if I had to fight him today, the chances of me losing to him would be almost nothing.”