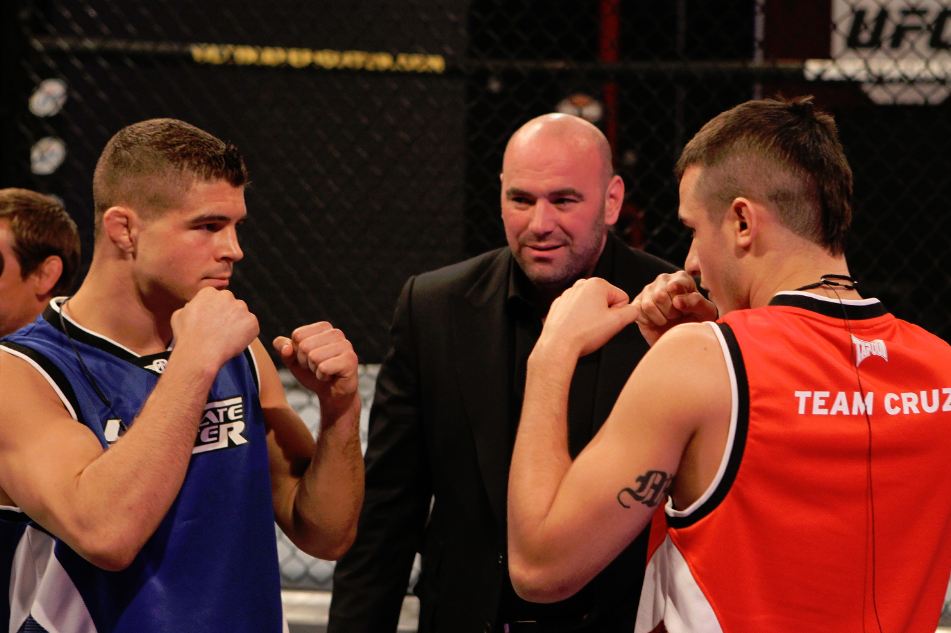 The unbeaten record of Myles Jury denotes that he has never lost in his professional mixed martial arts career. But that wouldn’t be entirely true. The 23-year old from Michigan has tasted the sting of loss, albeit through no fault of his own, as a torn ACL took him out of season 13 of The Ultimate Fighter in 2011, putting his dream of earning a golden ticket into the UFC on hold until this year, when he was brought back to compete on the 15th edition of the hit reality show.

This time, he hopes that at the very least, his fate will be in his own hands.

“I come from a small town and there’s not a lot of opportunity, so being on The Ultimate Fighter is a huge opportunity for me and my career, for my personal life, my friends, my family,” said Jury. “It’s one of the best opportunities I could have.”

He’s off to a good start, defeating Akbarh Arreola via decision on March 9th to earn a place in the 16-man competition, where he now represents the team of UFC bantamweight champion Dominick Cruz. But with a stacked field all looking to make their way to the finals, every fight is like a title fight, so tonight, Jury will be in tough again when he faces Team Faber’s Al Iaquinta, whose made into the TUF house with a decision win over Jon Tuck. Iaquinta may not have the sparkling “0” at the end of his record, but at 5-1-1, the Long Islander is no slouch, and he’s just as hungry to make his mark over the next several weeks.

“To make it on The Ultimate Fighter is a huge accomplishment, and one of the goals that I’ve set and finally achieved,” said Iaquinta. “It’s a step in the right direction to getting in the UFC and fighting in the premier organization in the world.”

In Iaquinta’s home gym back in New York, making it to the UFC is expected, considering that he’s coached by Matt Serra and Ray Longo and calls Chris Weidman a stablemate. So despite only fighting professionally since 2009, he’s come up in the Ring of Combat promotion that was once home to UFC standouts like Frankie Edgar and Jim and Dan Miller, and he’s probably got a lot more world-class training experience on his side than many of his TUF peers.

But if everything was that simple, able to be figured out by a little bit of MMA math, we wouldn’t need to fight the fights. And once you add in television lights, the whole reality TV experience, and having to live in the same house as your present and future opponents, things can change considerably. It’s a new fact of life both fighters are dealing with at the moment.

“Living in the house with him (Jury) could be kinda awkward, but we’re just doing our own thing right now, worrying about ourselves,” said Iaquinta.

“I talked to Al a little bit before we knew we were going to fight, but since we found out we were going to fight, it’s just business, and that’s the way I prefer it,” adds Jury. “I have nothing against the guy, but at the same time, I’m gonna go to war with a guy like that, so I don’t want to be his friend right now and I don’t want anything to do with him. I just want to be away from him and focus on myself and go to war.”

Helping to keep things in perspective when it comes to being in the same room as your upcoming opponent are the opposing coaches, who have already fought twice and will do so again this July. Cruz and Faber know a little something about being cool in what could quickly become an uncomfortable situation, and with their guidance, Jury and Iaquinta are happy where they landed.

“I was really pumped to be on Dominick Cruz’ team,” said Jury. “That’s where I wanted to be and I believe he’s a great coach. All the coaches are really good technically, they’re smart, and that’s where I want to be, on a smart team. We all get along really good and we’re all on the same page.”

“Training with Team Faber is awesome,” adds Iaquinta. “We’ve got a bunch of great guys and our team is so diverse. We’ve got a guy from England (Andy Ogle), a guy from Brazil (Cristiano Marcello), and guys from all over the country, so there are always stories being told and it’s constantly a good time. All the coaches are very knowledgeable and they’ve been there. They’ve done it and they’ve been to the top, and that’s where we want to be, so it’s great to learn from people that we’re trying to emulate.”

Yet for all the teamwork and all the bonding being done on both teams, it’s down to two lightweights when the bell rings on fight night, and whether you look at it as Team Cruz up 2-0 in the competition or Team Faber down 0-2, for Jury and Iaquinta, all that matters is winning and moving forward.

“Just because I’m on a team and they dropped two fights doesn’t mean it affects me in any way,” said Iaquinta, who would nonetheless like to get Team Faber on the board tonight. “I’m gonna have to beat the best guys out there, so I might as well fight them in the beginning.”

As for Jury, the normal human reaction would be for anyone to slack off a bit after jumping out to a two fight lead. But not on Team Cruz.

“Being on a two fight win streak, our team is just staying to the grind right now,” he said. “We’ve got momentum on our side and a little more confidence, but the coaches ain’t laying off of us. They’re staying on top of us and they’re not gonna be satisfied until we sweep their team. So we’re staying focused, we’re staying hungry, and keeping that intensity up.”

“Al Iaquinta is a very tough guy, well-rounded, he trains with a good camp, and he’s the toughest challenge that I’ll ever have,” Jury continues. “I’m not taking Al lightly and I haven’t trained lightly. This is the best I’ve ever been, so I’m ready.”