Half Of Saturday's Featured Prelim In Is A Category Of His Own Among Middleweights
By Steve Latrell, on Twitter: @TheUFSteve • Oct. 20, 2021

“I started sports when I was five in the Korean countryside. I think that the rough mountains, strong rivers, and unforgiving forests made me tough.”

Junyong Park is narrating what he identifies as the origins of his trademark durability. As he does, you can almost hear a dramatic movie theme swelling in the background, the prelude to an epic hero’s journey.

“I used to wrestle boulders,” he adds with riotous laughter, and you can’t quite tell if he’s kidding. It would certainly explain a lot.

“I'm ‘The Iron Turtle,’ I have to be durable! Like a turtle, I prioritize my defense.”

Not unlike Max “Blessed” Holloway, Park frequently refers to himself by his fighter nickname, and as nicknames go, “The Iron Turtle” might be one of the most appropriate in the promotion.

First there’s the heritage angle. Initially inspired by the Ninja Turtles, Park morphed it to reference Korea’s Geobukseon warship. Commonly referred to as the “turtle ship,” it was notable for being the first ironclad vessel in the country’s Royal Navy. 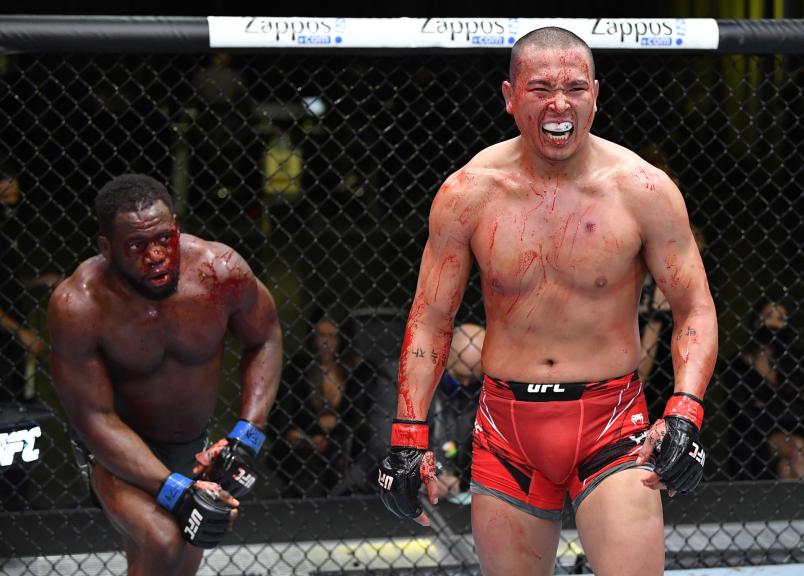 Junyong Park of South Korea reacts after the conclusion of his middleweight fight against Tafon Nchukwi of Cameroon during the UFC Fight Night event at UFC APEX on May 08, 2021 in Las Vegas, Nevada. (Photo by Chris Unger/Zuffa LLC)

The name not only pays homage to the country he proudly represents, because there’s also the practical angle:  across 17 professional bouts, he has been a picture of durability. He’s never been finished by KO and, if needed, can survive 15 full minutes with seemingly little effort. And if we really want to belabor the turtle analogy, he doesn’t want to end up on his back (two of his four pro losses have come via submission).

But he doesn’t end up on or near his back very often. In fact, when we last left Park, he was raining hellish ground-and-pound onto Tafon Nchukwi, who was very likely saved by the bell this past May. As brutal and clinical as it looked, it’s not the way Park envisioned getting the win that night.

“I prefer submissions,” he explains. “I'm particular to chokes because I can beat my opponent without harming them.”

Beat an opponent without harming them? That’s not the sort of sentiment you hear every day in MMA. And when Park explains that he took no particular pleasure in being the first man to beat Nchukwi, you start to suspect they broke the mold when they crafted the 30-year-old middleweight. 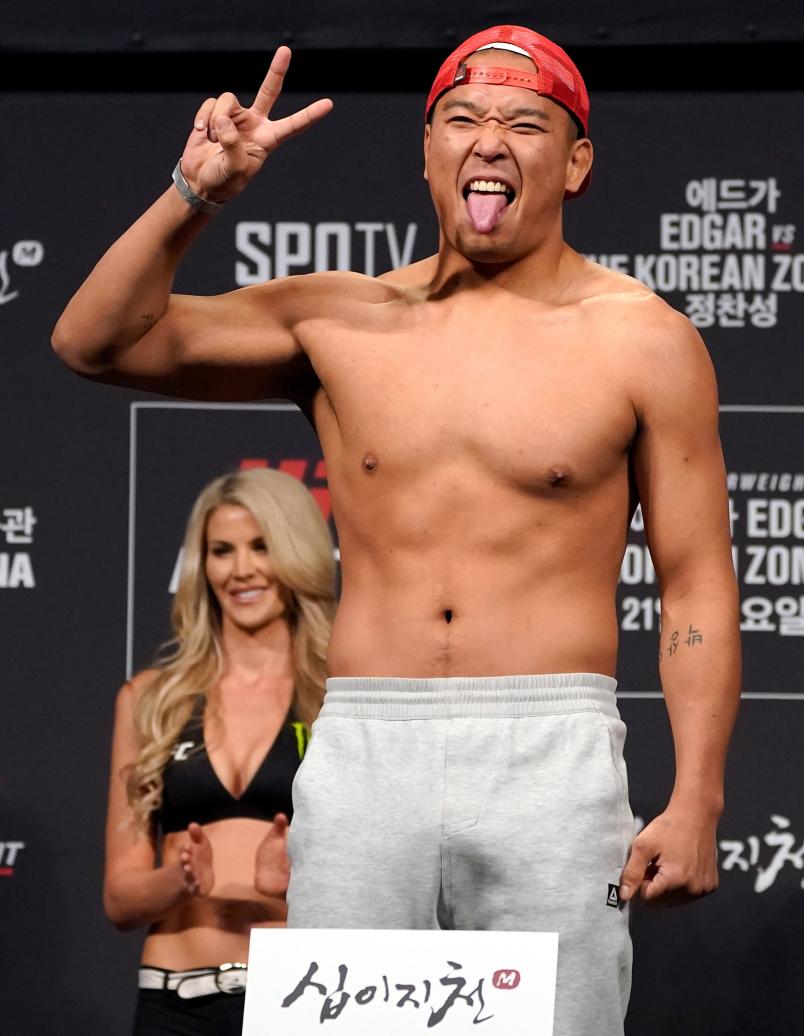 “A win is a win for me, no matter what my opponent's record is.”

His opponent’s record this week, since he brought it up, is 10-3. Brazilian Gregory Rodrigues will join Park in headlining the prelim card of UFC Fight Night: Costa vs Vettori this Saturday. A heavy hitter with a bushel of knockouts to his credit, Rodrigues welcomes the opportunity to test Park’s iron shell.

“His basics are very good,” Park says of his opponent. “He has a good mind for MMA. If I had to sum it up into one sentiment, I would say he's someone who understands MMA very well.”

Park is no slouch in his understanding of the sport either, and his 13 pro wins paint a picture of a fighter who is comfortable anywhere. Many espouse being well-rounded, but Park seems to embody it.

“I'm not looking for any particular finish. I know the opportunity will present itself when I force him to make a mistake, and I'll capitalize on whatever he exposes. I worked a lot on my cardio for this fight. I want to set a pace he can't keep up with.”

Should he succeed in his endeavor, he’ll be setting a pace in the division that will be difficult to keep up with. Already riding a three-fight win streak into Saturday, he’ll own the third longest active streak if he can leave Las Vegas with the W. Impressive, but at this point in the interview it should come as no surprise that he doesn’t dwell on it much.

“Four wins in a row doesn't mean much to me. What means a lot to me is that I can keep fighting at a high level in the UFC.”

I’d argue here that one of those things goes hand in hand with the other, but it’s no use. As true sportsman who takes no delight in the misfortune of others, it’s evident that “The Iron Turtle” is a completely different cat.