Junyong Park Does Everything ‘100 Percent’

A Loss Won't Deter Junyong Park From Enjoying Life And Seeking Victory At UFC Fight Night: Holm vs Vieira
By Zac Pacleb, on Twitter @ZacPacleb • May. 19, 2022

Junyong Park rode into his matchup with Gregory Rodrigues on the back of three consecutive wins, and after a tough first round, “The Iron Turtle” had all of the momentum midway through the second frame. With Rodrigues on wobbly legs, Park unleashed a flurry of strikes, attempted a submission and seemed a couple solid shots from ending the fight.

However, Rodrigues caught Park with his hands down, and in a blink, it was Park backed up against the fence getting hit with power shot after power shot. Midway through the round, the referee stepped in, and Park was the one left to deal with his second loss in the UFC.

You’ll be hard-pressed to find a more affable fighter than Park, who compartmentalized his feelings about the loss in the way you’d come to expect once getting to know the South Korean middleweight. 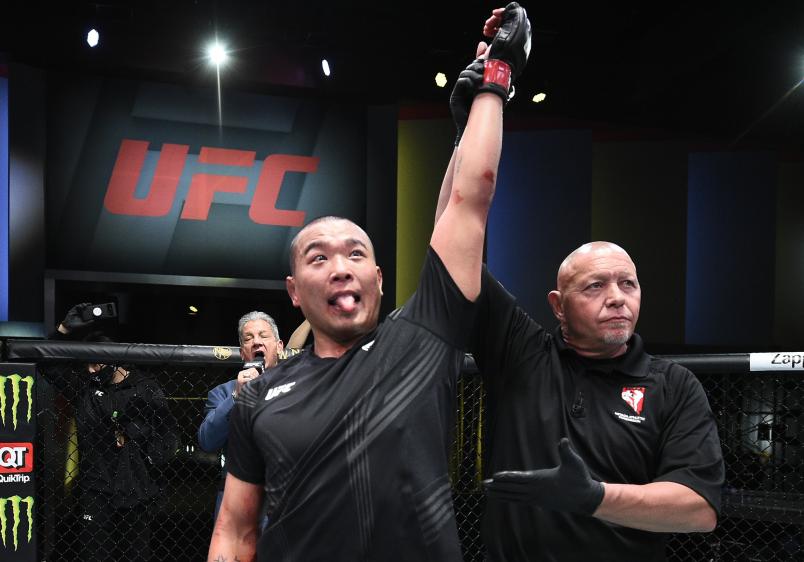 Junyong Park of South Korea reacts after his victory over Tafon Nchukwi of Cameroon in a middleweight fight during the UFC Fight Night event at UFC APEX on May 08, 2021 in Las Vegas, Nevada. (Photo by Chris Unger/Zuffa LLC)

“That fight scarred me emotionally,” Park told UFC.com with a straight face before laughing. “I learned to keep my composure a little bit more because it cost me when I went in for the kill.

“Learning the lessons from last time, I learned to fight within my personality and really keep my composure during the fight,” he continued. “Have the correct mentality going in where I need to finish the guy, but I don’t want to put myself in a position to be finished while doing so.”

Not everyone can laugh about past mistakes as easily as Park, who joked that he just “keeps going until something happens.” His three-fight winning streak was nice, but the recent loss didn’t damper his mood much either. 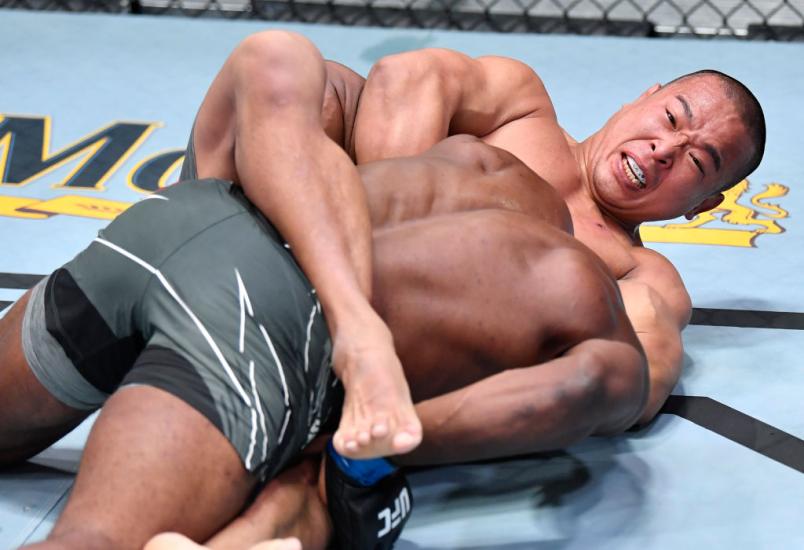 Junyong Park of South Korea attempts to secure a guillotine choke against Tafon Nchukwi of Cameroon in a middleweight fight during the UFC Fight Night event at UFC APEX on May 08, 2021 in Las Vegas, Nevada. (Photo by Chris Unger/Zuffa LLC)

He gets his first crack putting the result completely behind him, though, when he faces veteran Eryk Anders at UFC Fight Night: Holm vs Vieira. Anders, who is also coming off a loss, is solidified as a consistent presence at middleweight and light heavyweight since joining the roster in 2017, racking up wins over Darren Stewart, Gerald Meeschaert and Markus Perez along the way. Anders has also fought against some of the toughest the Octagon has to offer, such in main event losses to Lyoto Machida and Thiago Santos, both in Brazil.

That battle-tested nature is something appealing to Park, who is eager to measure himself against someone who has faced the best.

“Eryk Anders is probably the most experienced fighter that I’ve fought,” Park said. “I consider experience to be one of the most dangerous things a fighter can have. I’m treating this fight like a challenge, and I’m treating myself like a challenger. I want to know where my skills line up compared to his skills. Is my skill good enough to overcome his experience advantage? That’s what I’m curious about, and that’s what I’m going to fight to find out.” 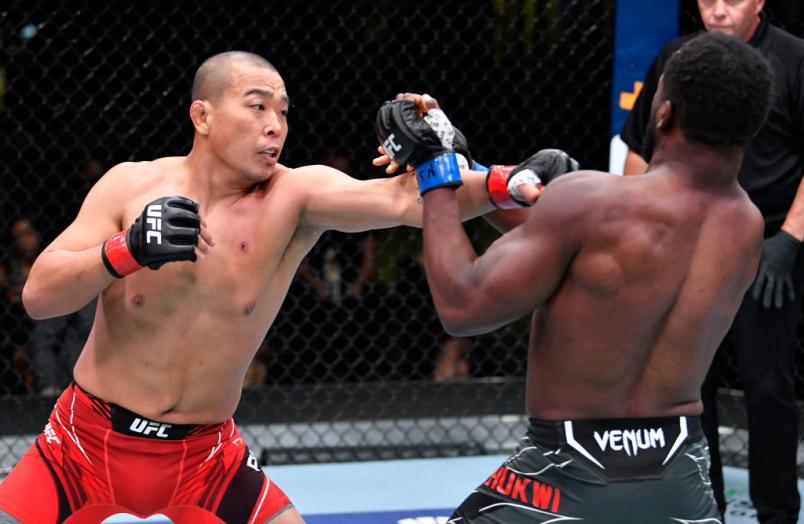 Junyong Park of South Korea punches Tafon Nchukwi of Cameroon in a middleweight fight during the UFC Fight Night event at UFC APEX on May 08, 2021 in Las Vegas, Nevada. (Photo by Chris Unger/Zuffa LLC)

Park expects Anders to bring a pressure-heavy style to the fight that might include a few attempted takedowns to mix things up properly.

After each of his previous four professional losses, Park has bounced back well and returned to winning form for extended periods of time, so it’s not out of pocket to believe he’ll do the same on May 21 despite the tough test.

All that said, Park isn’t too vexed about the result. He’s already living the life he wants and doing what he loves, which is more than enough for him.