Julianna Peña: Get Used To Me

The Bantamweight Champ Out To Prove First Meeting With Nunes Was No Fluke
By Thomas Gerbasi, on Twitter: @TGerbasi • Jul. 28, 2022

Julianna Pena remembers it like yesterday. A three-round win over Cat Zingano at UFC 200 in July 2016 gave “The Venezuelan Vixen” a 4-0 record in the Octagon, and she wasn’t looking for anything but a world title shot.

Pena made it clear that she had next with “The Lioness.”

“When I fought at UFC 200, she (Nunes) had taken the belt from Miesha, and I was next in line,” said Pena. “She also said that I was next in line, and then she took another fight against Ronda (Rousey). It made sense; you want the money fight, Ronda’s a star and she was the biggest name in MMA at the time. But I was very upset that I kept calling out for the fight and I never got it.” 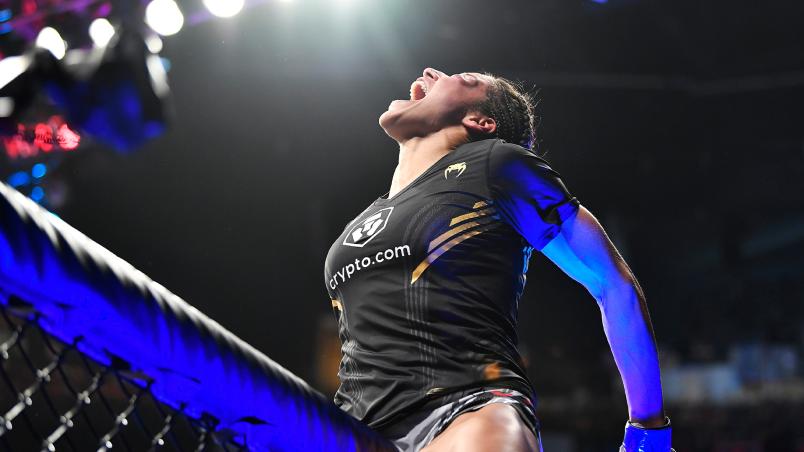 In the time after the Tate fight, Nunes went from solid contender and champion to superstar and the fighter considered to be the G.O.A.T. of women’s combat sports. Victories over Rousey, Valentina Shevchenko, Cris Cyborg, Holly Holm and Germaine de Randamie will do that for you.

Pena’s first bout after UFC 200 was a loss to Shevchenko. A win over Nicco Montano righted her ship, but she went off course in a defeat to de Randamie. But after beating Sara McMann in January of 2021, the Spokane native set her sights once more on Nunes, now a double-champ running out of interesting challengers.

Last December, Pena got the fight she was chasing after. And eight minutes and 26 seconds in, she got the belt, too.

“My game plan was to be as relentless as possible,” Pena said. “I have a no quit attitude, and I just know that no matter what, if you stick us both in a house and say only one of us can come out, I’m coming out of that house.”

That’s always been the M.O. of the 32-year-old, but even the most ardent Pena supporters assumed that tough wouldn’t be enough against the future UFC Hall of Famer. And then she went and shocked everybody, taking Nunes’ incoming fire without wilting before taking the fight to her in the second, rocking her on the feet and then taking her to the mat and submitting her. It was a seminal performance from Pena, who, like Nate Diaz, was not surprised with the outcome. 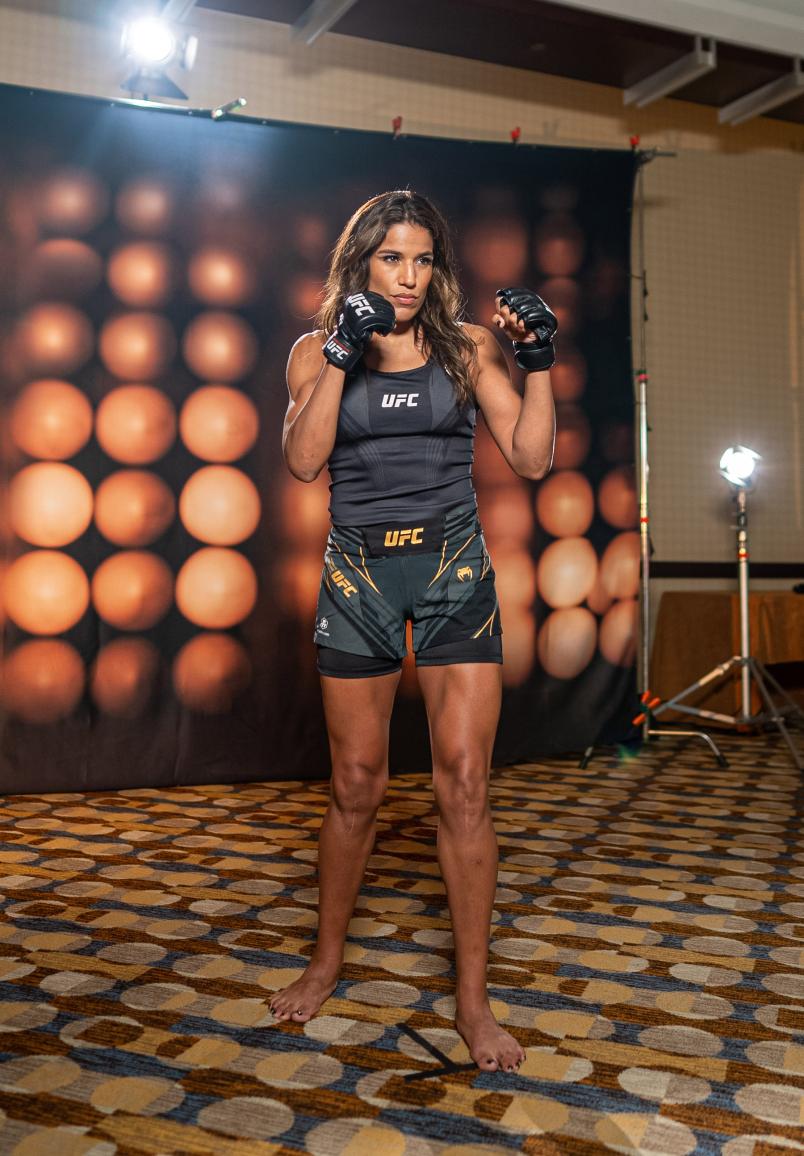 “I believe that in this sport, most specifically, you’re human, just like anybody else,” she said. “You bleed the same blood that I bleed, and you can get punched and rocked in the face just like anybody else can. So it’s anybody’s chance to win; it really comes down to guts and who wants it.”

No one in T-Mobile Arena wanted it more than Pena, and she has not changed a thing in the lead-up to the rematch with Nunes on Saturday in Dallas.

“I have the mindset of, if it ain’t broke, don’t fix it, and I’m just making sure that I’m in shape and staying ready and making sure I’m hitting all my practices and doing everything that I can to work hard and make sure that I get this victory,” said Pena, who is training with the same team in her adopted hometown of Chicago for a fight that is as important as the first one because there are still those not ready to accept her as the champ.

Pena’s response? Get used to her.