Julian Lane Still Has The Fire

If your absolute worst moment was captured on film and remembered as one of the most infamous moments in the history of a show with over ten years of airtime, how would you bounce back?

Julian “Nitrane” Lane had made a career out of fighting, only to watch his entire reputation plummet in two alcohol-driven nights. Excluding the wildly viral “Let me bang, bro!” moment on The Ultimate Fighter, does Julian Lane deserve the reputation he’s been given over the years?

Losing a fight and essentially blowing your chances in the UFC is both the loneliest place on the planet and the brightest spotlight of all-time happening simultaneously. Devastating and demoralizing, it takes almost as much courage to hold your head up after a loss and take the trolling and criticism on the chin as it does to defeat another mixed martial artist.

When Lane suffered defeat in the opening round of TUF 16, notorious instigator Matt Secor sat next to Lane in the kitchen and made multiple passive aggressive comments directed towards Lane. 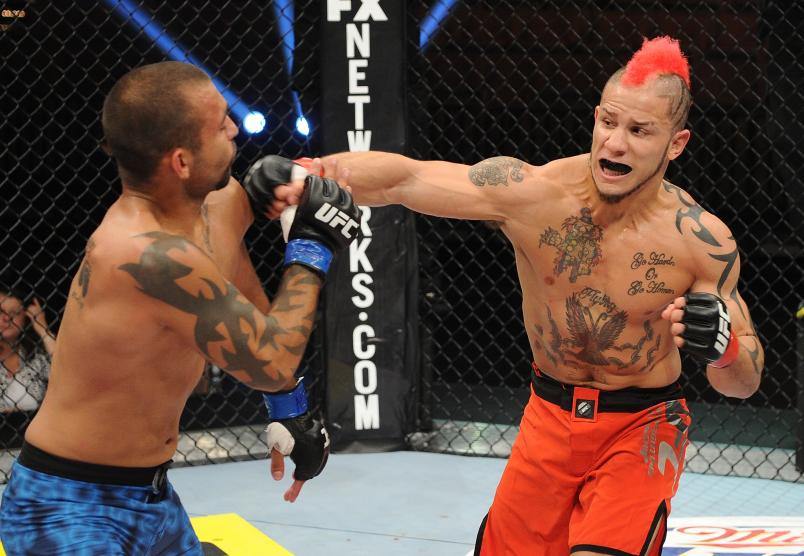 “You might be a tough son of a bitch, you might look like an athlete, but there’s one thing you’re not, and you’re not smart,” Secor said to Lane as Lane explained his thought process going into the fight. Lane ignored the comment and continued to break down the fight that cost him his chance at a six-figure UFC contract. Mistaking Lane’s kindness for weakness, Secor went one step further.

“It didn’t really hit me at first but then he cupped a fart and threw it in my face,” Lane said. “I kind of lost it for a little bit there. We’re just sitting there hanging out and he did that disrespectful s*** and for a split second I did what anybody else would probably do.”

After a second for the situation to register, Lane told Secor not to do that. Secor leaned in and blew in Lane’s face. Lane slammed his beer down and jumped into the face of Secor, who smiled and said, “I didn’t do anything” when approached by Colton Smith, who looked to separate the action. 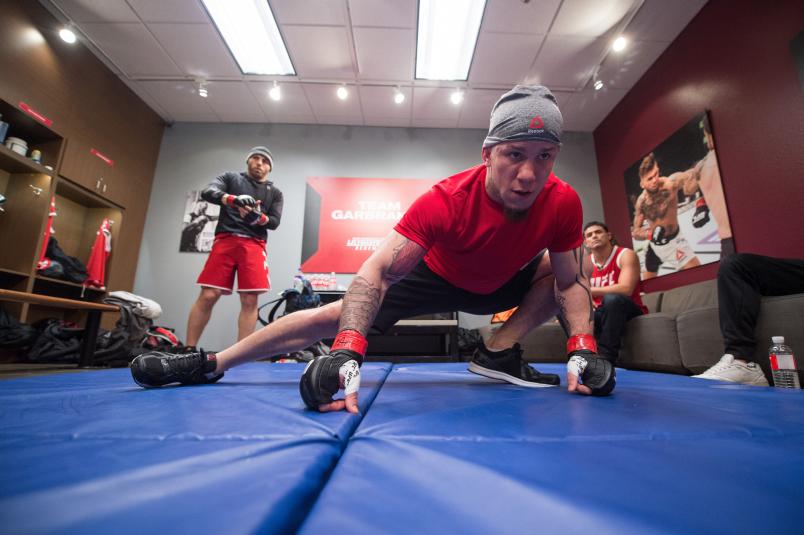 While everybody remembers the blowup as well as Lane’s other notable blowup, Secor’s antics have gone completely forgotten over time.

“I don’t believe in ‘fair,’” Lane said. “What happened, happened. It was the mistake I made.”

The blowup that already labeled him a hothead went hand in hand with the notorious, “Let me bang, bro!” incident only three episodes later. In a case of drunken rage and miscommunication, Lane blew his top trying to get to Dom Waters, who made it very clear he was game for whatever Lane wanted to do.

As the few level-headed fighters in the house restrained the men, Lane went ballistic for an unnecessary amount of time before breaking down in a tearful rage and saying the now infamous words, “Let me bang, bro!”

It’s hard to hold Lane’s clash with Secor against him given the forgotten circumstances, but “let me bang, bro” has been run back an infinite amount of times, and whether Lane likes it or not, it defined his career, as well as TUF 16.

“I just snapped and he could have explained he didn’t say anything to me, but he got all mad and took off all his stuff like he did say something about me,” Lane explained. “I still haven’t ever watched all the way through it.” 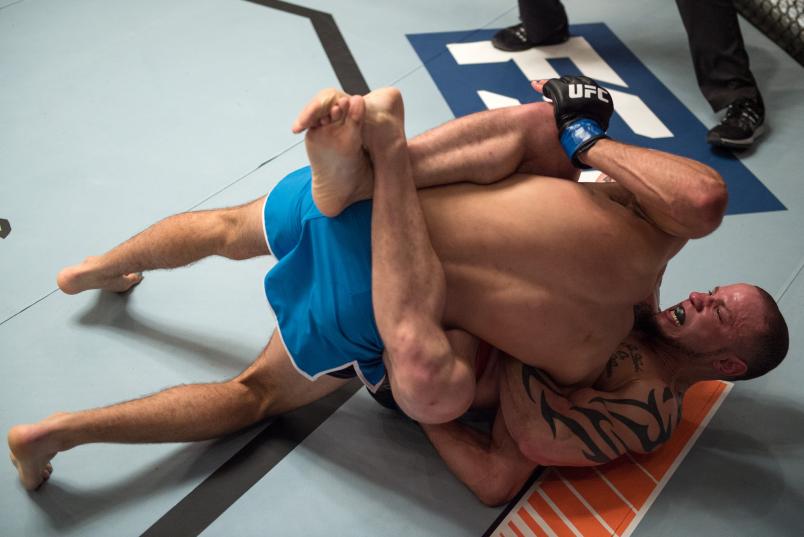 Julian Lane has won a BKFC title and 12 MMA bouts and it’s still his meltdown on TUF he’s remembered for. Ironically, the man known for his hot head has made a living off of rolling with the punches when fans and other fighters mock his TUF house meltdown.

“It’s not like I’m ever going to hear the end of it, so it’s fine. I just embrace it, actually,” Lane said. “I didn’t perform my best on the show so that was kind of like a lifeline and a blessing in disguise.”

Barely in his 30s, Lane has already had a full life and career to his name. Two shots in TUF, titles to his name, the lowest of lows, it seems the only thing he hasn’t done is set foot in the Octagon. Somehow, with unrelenting positivity, Lane still has a fire burning inside for the one thing that led him into the TUF house in the first place. A shot in the UFC.

“At the time, I wasn’t mentally or physically ready for that,” Lane explained. “I could have been in and out of the UFC but instead I’m something they can look forward to for the future.”

Since TUF, Lane has been a one man show, booking all of his own fights, managing training camps, everything. What he’s found out is that with every replay of the viral clip he’s living proof that any press is good press.

Lane has found his niche, and although it’s led him to take many short-notice fights to make a living, he has no problem being “the guy to beat.” Now a father of four, Lane said he’s at the top of his game now and welcomes an opportunity to be in a short-notice fight.

Whether he’s just in the UFC because COVID-19 has limited options or to build a rising star’s resume, Lane welcomes it all just to get his shot.

“I’m here and I’ll fight at any minute,” Lane said. “I’ll fight whoever they want me to fight. I’ve never turned down a fight. I’ve booked all my fights my whole career. Every single fight that I’ve had. You know they didn’t bring me in to win. I’ve been fighting main events in everybody’s backyard. I’m the guy that shows up and puts on a show.”

Many see Lane’s career as being defined already by the TUF house, but with the back half of his career still ahead of him on the future knows what’s in store for Julian Lane.

For every moment of Julian Lane’s in seasons 16 and 25 of TUF sign up for UFC FIGHT PASS TODAY!