Julia Avila Eyes Fight For The Fans Vs Eubanks

Even by pandemic matchmaking standards, the changes to Julia Avila’s fight schedule have been bonkers. She pauses several times trying to remember them all chronologically.

In a sport that requires training, conditioning and diet to all peak at the perfect time, the unknowns have taken their toll on the bantamweight who, barring any further changes, will meet the aforementioned Eubanks Saturday in the prelims of Fight Night: Waterson vs Hill. 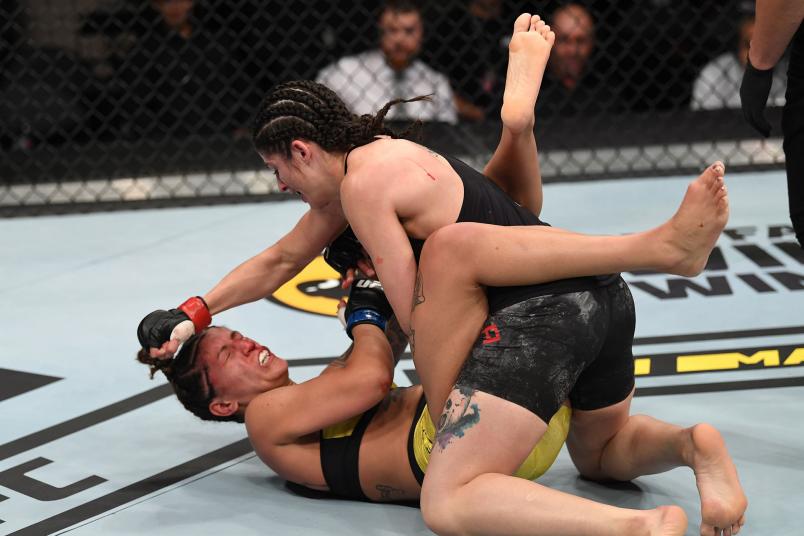 Pannie Kianzad of Sweden in their bantamweight fight during the UFC 239 event at T-Mobile Arena on July 6, 2019 in Las Vegas, Nevada. (Photo by Josh Hedges/Zuffa LLC/Zuffa LLC)

“It’s been very taxing on my body to stay in preparation and ready for a fight,” she concedes. “It’s just exhausting. All I want to do is go out with the girls and have just a fun day. But I haven’t been able to do that in quite a while. I think I deserve it at this point.”

There isn’t a note of complaint in her voice as she says this. On the contrary, it’s hard to think of anyone more ready to roll with life’s punches than always-affable Avila.

“The UFC have no control over my opponents. So despite everything that’s been happening, everyone at the UFC has been super supportive and super amicable in trying to help me find a new opponent, so I’m just grateful.” 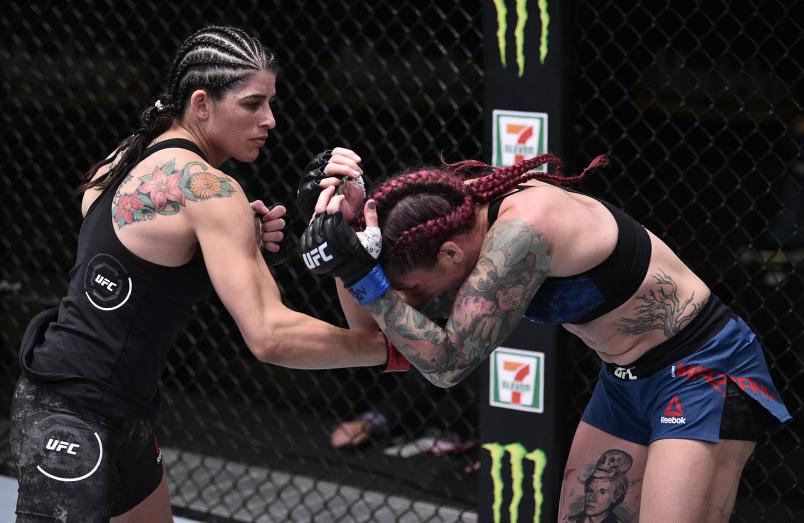 Beginning the TKO of Mazany on June 13, 2020 in Las Vegas, Nevada. (Photo by Chris Unger/Zuffa LLC)

“I’m always the person with the cup half-full rather than half-empty,” she continues. “With the fight cancellations and everything happening, I still see the bright side of things. My husband was deployed, and he got back before things got really hairy. And I’m super, super grateful for that. I have a team that’s been nothing but supportive. They’ve helped me through the ups and downs of these fight camps, so I’m super grateful for them. I still have a job that I love. It’s a really difficult situation that we’re all in, so I am grateful for the things that I have.”

Despite coming nearly a year apart, Avia’s first two tilts under the UFC banner couldn’t have gone much better, particularly June’s outing against Gina Mazany. The third bout of the evening was the third and fastest finish of the evening, as she stopped the veteran in under half a minute. It was highlight-reel stuff in an 8-1 career already filled with them, and now she’s gunning for another clip for the reel against Eubanks.

REWIND: Julia Avila Sews Masks For Those In Need

“I’m going to be working hard and working towards that win. Whether it be in front of 10,000 people or ten people, I’m going to have a good time and I’m going to put on a good show. I’m really excited to have this fight against Sarj Eubanks. I think it is a better fight. I know Sarj is dedicated. She’s going to sign the contract and I know I’m going to meet her there.  With some of my other opponents that I’ve signed with, its been a toss-up whether it will actually happen or come to fruition. So I think this is a great matchup. I think it’s a fight for the fans, really. We’re both ranked, we’re both brawlers and I know we’re both going to bring it.”