Jucao Sharp in UFC Return, Subs Munoz in One 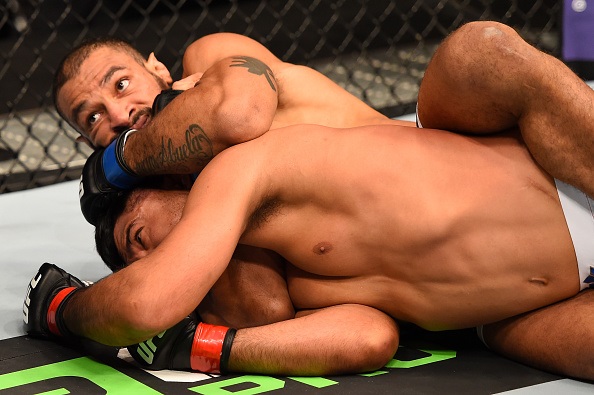 LOS ANGELES, February 28 – In his first UFC fight since September of 2008, Roan “Jucao" Carneiro made short work of Mark Munoz, submitting the perennial middleweight contender in the first round of UFC 184 prelim action at STAPLES Center Saturday, immediately adding his name to the list of Octagon standouts once again.
The victory was Carneiro’s sixth in a row, and first in the UFC since stopping Tony DeSouza at welterweight in December of 2007.

As the bout went to the mat in the early going, Carneiro was expected to be in trouble under the ground-and-pound attack of Munoz, but the Brazilian’s sprawling and scrambling put him in the driver’s seat, and once Carneiro sunk in a rear naked choke, it was lights out for Munoz, with the end coming at the 1:40 mark. 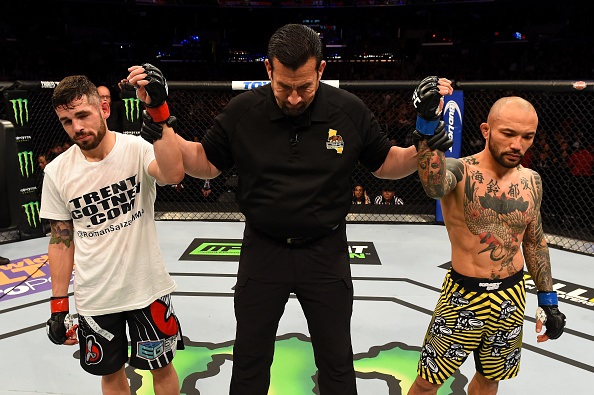 YAMAMOTO vs. SALAZAR
A UFC win continued to elude Japanese star Kid Yamamoto in his bantamweight bout against Roman Salazar, as his return to the Octagon for the first time since February of 2012 was marred by a no contest result due to an accidental foul.

Yamamoto played the role of aggressor in the opening round, though he wasn’t able to land cleanly on Salazar, who got on the board in the second with a quick takedown and some flush counters. But it was a foul that ended the fight, with Salazar unable to continue after an inadvertent eye poke from Yamamoto.

The time of the stoppage was 2:37 of round two. 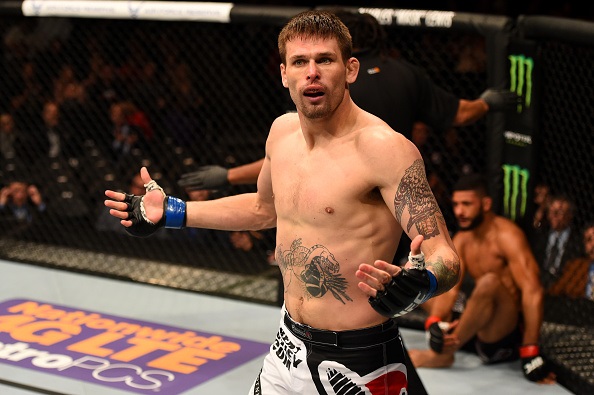 Tim Means delivered one of the most impressive performances of his UFC career, stopping former Ultimate Fighter finalist Dhiego Lima in the first round of their welterweight bout.

Taking his time to get warmed up, Means caught Lima in the clinch in the second minute and dropped the Brazilian with a left knee to the head. Lima gamely rose, but less than a minute later, Means rocked his foe again, and as he moved in on his stumbling foe, the end was near for Lima, who was rescued by referee Herb Dean after another series of pinpoint accurate shots. 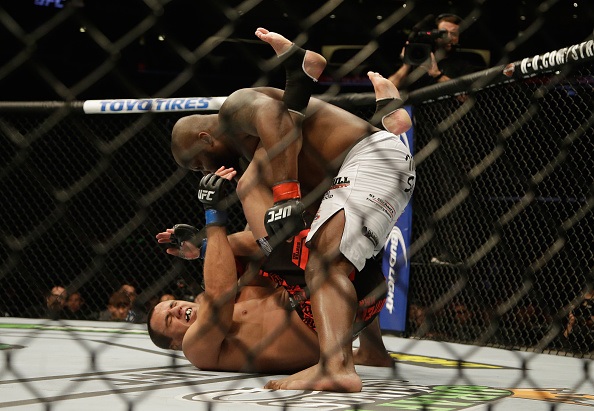 Heavyweight prospect Derrick Lewis bounced back from his September loss to Matt Mitrione, halting South Africa’s Ruan Potts via strikes in the second round.

Both fighters had their moments in the opening frame, Potts with a leg lock attempt and Lewis with his trademark ground strikes, but neither was able to prevent the bout from going to a second round. Lewis did everything he could to end it in that second frame though, as he pummeled Potts any chance he got. Potts weathered the storm for much of the round, but eventually, the ground onslaught went unanswered, with referee Jerin Valel stopping the bout at 3:18 of the second. 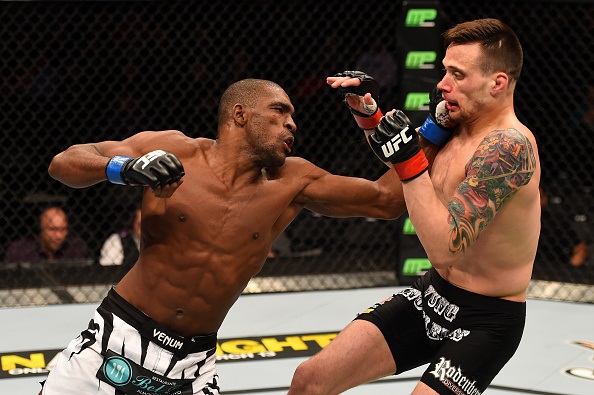 Lazaro (13-3) got off to a fast start, as his quicker hands allowed him to hit the mark with greater frequency, bruising his foe’s face up in the process. Krause  (21-7) eventually found his groove in round two, getting himself back into the fight, but unable to hurt the tough Brazilian prospect. By round three, fatigue had set in for both fighters, but they kept standing in the pocket and throwing, with neither pulling ahead significantly enough to leave a definitive victor. 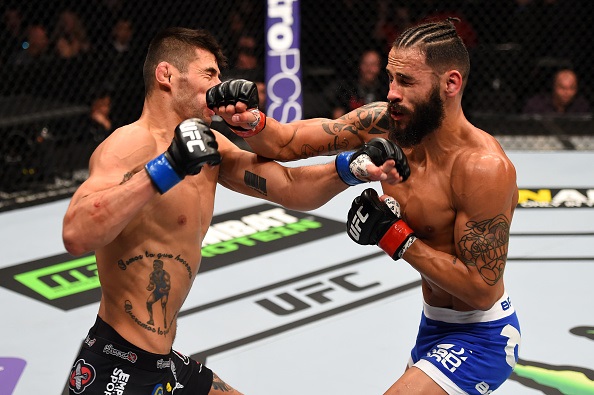 Featherweight newcomers Masio Fullen and Alex Torres left nothing up to chance in the opener, slugging it out for three rounds before Fullen emerged with a three-round split decision victory.

The former TUF castmates took turns rocking each other with hard shots in the first, Torres getting the better of the action thanks to a crisp right hand that rarely missed the mark. But just as it looked like Fullen was going to have a short night, the Mexico native roared back in rounds two and three, thrilling the crowd in what got the night off to an exciting start.