The Massive Heavyweight Prospect Expects To Show Up In A Big Way At UFC Ottawa
By Damon Martin • Apr. 30, 2019

The Dana White’s Tuesday Night Contender Series veteran is only one fight into his UFC career, but he’s already disrupting the status quo by telling anyone who will listen that he is the future of the heavyweight division.

Standing 6-foot-5-inches tall and walking around north of 285 pounds, Adams is already an imposing force just based on looks alone.

When you add in a freakishly athletic background that has been molded for mixed martial arts, where Adams has earned a perfect 5-0 record with all five wins coming by way of knockout, his actions start to back up his words.

Perhaps the scariest part about Adams is that he’s only 27 years old, which means he hasn’t even tapped into his true potential quite yet. But he’s getting there. 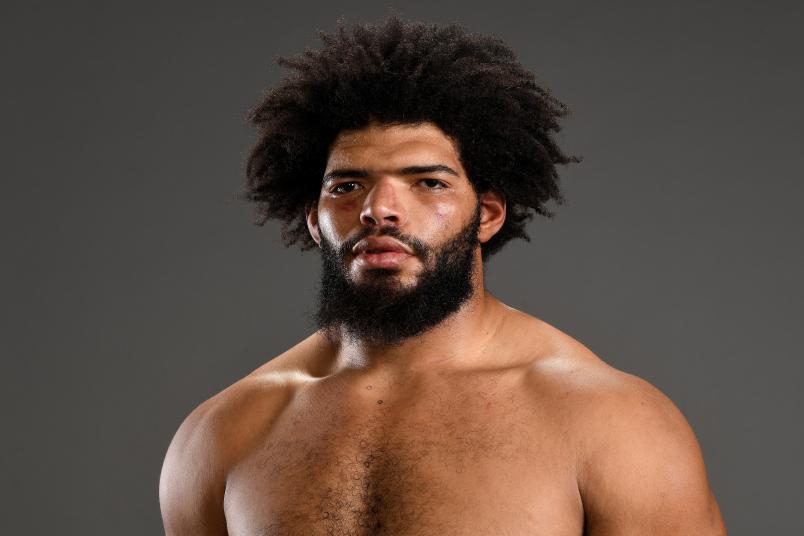 “I am learning and growing, but the way I see it, I’m just a different caliber athlete than anyone else in the heavyweight division,” Adams said ahead of his next fight at UFC Fight Night in Ottawa. “I know I work harder than anyone else. That’s all you really can do. The way I see it also, outside of the top five, there’s really nobody that presents a legitimate threat to me.

“I don’t care who I face and I’m not asking for top 10 opponents yet. I just want to fight. Anyone outside of the top five, I don’t see as a true challenge. I respect aspects of each of their games and I focus on what not to let them do to me. When I step in there, it’s about what I’m doing to them, not what they can do to me.”

There is never a bad time for new blood to join a division but heavyweight has always skewed a little older. The average age of the top five fighters at heavyweight, including current champion Daniel Cormier, is just over 34 years old.

In fact, Curtis Blaydes is the only heavyweight currently occupying a spot in the top five rankings who is younger than 30.

That’s part of the reason why Adams believes he will breathe life into the heavyweight division as a young, hungry fighter looking to show these old dogs some new tricks.

“I think I’m a huge asset to the division being a young heavyweight, being someone that is easy to market. I do a pretty good job of marketing myself as well. I’m a huge asset in the fact that there’s never really been anything like me in this division. No natural, large heavyweight that’s athletic the way I am,” Adams said.

“Curtis Blaydes would be the next closest thing but I’m bigger than him also. I’m willing to engage in back and forth on social media if I have to. I’m not hiding from any fights. On top of that, I win and I finish every fight. I haven’t lost yet, amateur or pro. I think I’m a huge asset to them.”

As much as Adams knows he’s a rarity for the heavyweight division, he’s definitely not the first fighter in UFC history to make a big splash early and then end up as a cautionary tale of wasted potential later.

For all the confidence he boasts, Adams doesn’t want to walk down the road to ruin, so as much as he’s talking about his future, he’s never losing sight of the present.

That’s why he’s not calling out top 10-ranked heavyweights just yet and may not for a while. In his head, Adams truly believes he can beat anybody in the world right now, but nothing can replace experience, which is what he’s seeking out right now. 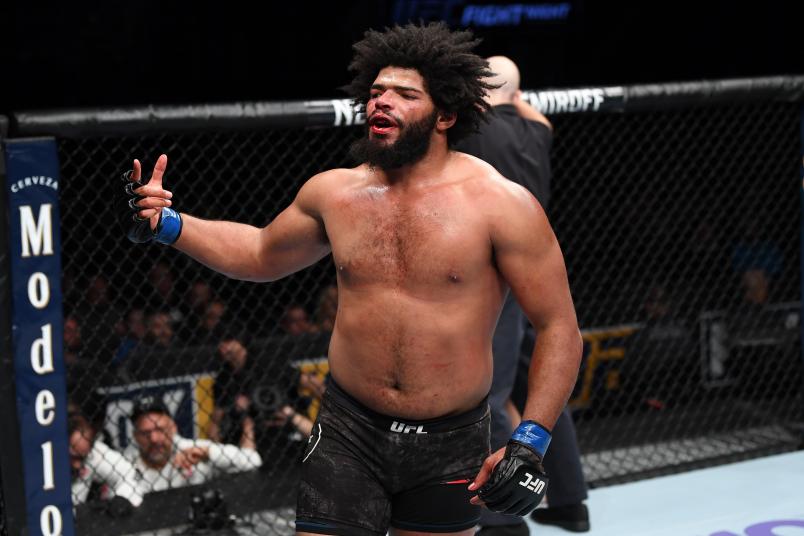 “The way I balance it in my head is pretty simple — I’m willing to fight anyone,” Adams said. “I know in a camp, I can beat anyone, but obviously we want to establish that resume also. I can just keep asking for a fight — any fight — and whatever name they give me, I accept.

“We prepare going forward and we’re ready to go from there. I’ve said it before, also, I wouldn’t mind if they listed the entire division in reverse order and I had to go one by one up the rankings. I’m fine with that. I want to fight frequently, I want to fight often and I want to establish myself as the top up and coming prospect in this division.”

To stay undefeated, Adams will have to go through former Olympic wrestler Arjan Singh Bhullar this weekend as he looks to move his record to 2-0 inside the Octagon.

Bhullar has earned two wins in his young UFC career and he’s another prospect worth watching in this division, but Adams hopes to change all that this weekend. 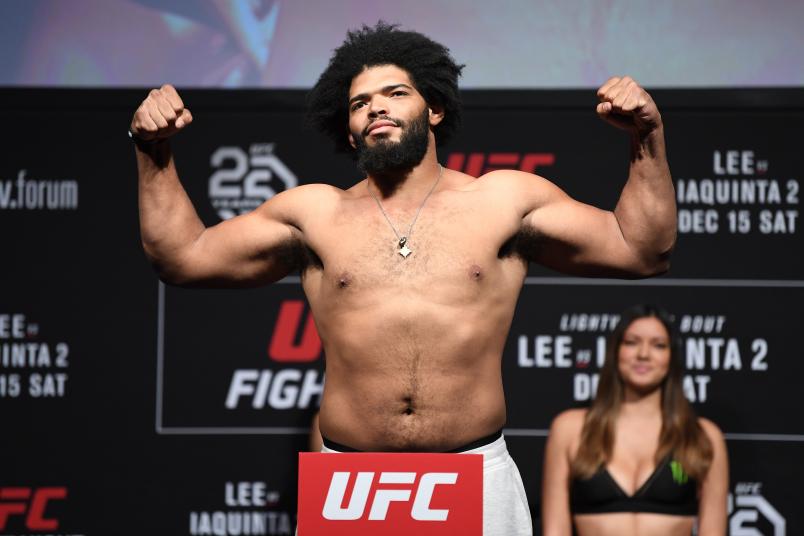 “He was NAIA, I put it on par with Division II wrestling maybe. I’ve been training with Josh Marshall, who is a national champion in NAIA so it’s nothing that I haven’t seen before.

As much as he’s been asked about Bhullar’s wrestling, Adams knows the best way to stop a double leg takedown is with a punch right to the mouth and that’s what he expects to deliver on Saturday night.

“He’s going to be getting punched in the mouth quite frequently,” Adams said with a laugh.

If all goes well this weekend, Adams hopes to be 6-0 by Sunday and then he will begin targeting his next victim because nobody in the heavyweight division is safe.

“Obviously, the plan is to go in there, get the win quickly and not absorb a lot of damage, not get a medical suspension and put my name right back out there,” Adams said. “Put it in the hat.