Jourdain Excited To Make A Splash In His UFC Debut

Charles Jourdain Expects To Answer Doubters With His Performance Against Desmond Green At UFC Rochester
By Jon Gagnon • May. 17, 2019

Thursday Desmond Green shunned the thought of fighting at home potentially being a disadvantage.

“When you’re at home, you perform better,” Green said

UFC newcomer Charles Jourdain is of a different mindset. Jourdain knows he’s in enemy territory and thinks the energy Green will feed off of could lead to a mistake.

“If he tries to put on a show too much, I can show him why I have nine finishes,” Jourdain said.

Fighting in enemy territory won’t be the only odds stacked against Jourdain. The TKO champ is stepping up from featherweight in order to get an opportunity with the UFC. On Thursday at media day, Jourdain admitted he’s not a lightweight and will move back to featherweight after taking on Green.

Though he is seeing some advantages from stepping up in class. Obviously, there’s no grueling weight cut to go through. In fact, there isn’t a weight cut at all. Jourdain said he weighed around 156 on Thursday, less than 24 hours before he stepped on the scale (Jourdain weighed in at 153.6 Friday morning).

Jourdain’s spot in the UFC has come two weeks after the Octagon was in his backyard at UFC Ottawa. The Quebec native made an appearance at UFC Ottawa and he said talking with the media, and fulfilling several other obligations, helped prepare him for the bright lights of UFC Rochester.

As for the matchup itself, the styles of Jourdain and Green couldn’t be much different. Jourdain has finishes in all nine of his wins, while Green (22-8) has gone the distance in 21 of his 30 fights. Green, of course, is a wrestler. The contrasting styles has Jourdan excited.

“It’s a great matchup because the only time I lost was against a good wrestler,” Jourdain said. “There are big questions and that’s what I’m happy about.” 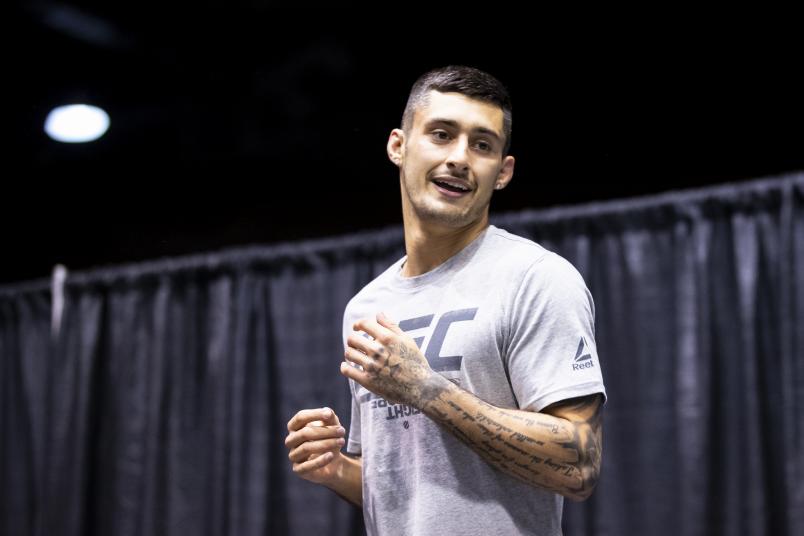 It’s an opportunity for Jourdain to prove doubters wrong and he seems poised to approach the matchup with a smart gameplan.

Jourdain said he thinks he has an advantage with his cardio but he’s not interested in going the distance. That would give Green the opportunity to score more takedowns and outpoint Jourdain on the scorecards.

“(Green’s) only finish was his last fight and that’s great because I think it will give him fire to finish me,” Jourdain said. “It’s in his backyard and he’ll have the pressure to put on a show.”