Jouban had success in the clinch with his knees, but in the second minute, a sweep by O’Reilly put the ball in the Aussie’s court for a spell before the two reset, Jouban taking over again. In a subsequent striking exchange, Jouban hurt O’Reilly, and the Louisiana native didn’t let his foe off the hook, with pinpoint strikes from all limbs bringing in referee John Sharp to halt the fight at 2:15. 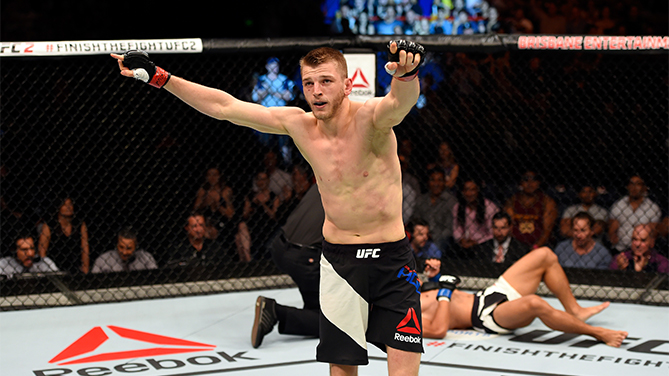 New Zealand’s Dan Hooker made short work of Mark Eddiva in their featherweight bout, submitting the Baguio City native in the first round.

After a brief feeling out process, Eddiva shot for the takedown but Hooker defended by locking his foe up in a guillotine choke. As the fight went to the mat, the choke got tighter, forcing Eddiva to tap out at the 1:24 mark.

Back in action for the first time since November of 2014, bantamweight Leslie Smith picked up her second UFC victory, taking a three-round unanimous decision over Rin Nakai. 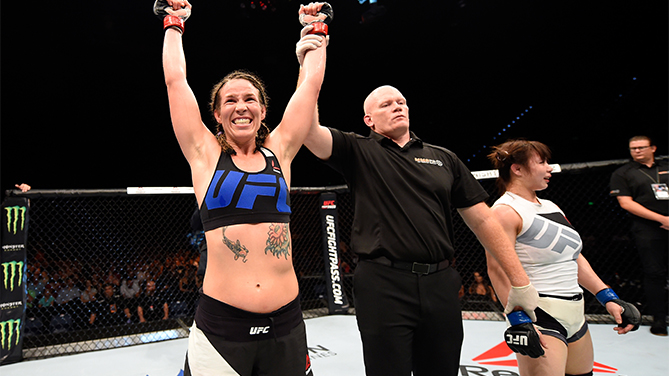 Smith’s significant height and reach advantages allowed her to control the stand-up exchanges throughout the opening round, and while Nakai did have brief success in the clinch in the final two minutes, but not enough to turn the fight in her favor.

Nakai did get the bout to the mat in the opening minute of round two, and the fight was now in her world. On the mat, Nakai got even, nearly ending the bout with an arm triangle choke before Smith escaped, got to her feet and went after her foe with a varied array of strikes. Nakai got the takedown once more though, and she stayed in the top position until the horn.

Smith held the advantage standing for much of the third round, but a late takedown from Nakai closed the gap a bit before the end of the bout. 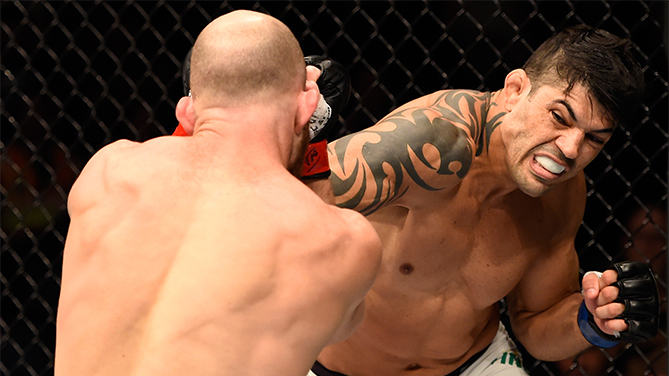 Andrade was swinging his right hand hammer from the start, and he rocked Walsh with one of them in the opening minute. Walsh shook the blow off but got taken down just before the midway point of the round. Andrade held the top position but wasn’t able to do much with it, prompting a restart from referee Marc Goddard with a minute left.

A Walsh right hand struck gold in the first minute of round two, putting the Brazilian on the deck. Walsh went all out in search of the finish, but Andrade was able to recover and get back to his feet. Fatigue was now settling in on Andrade, and his defense was getting sloppy. Yet a wild scramble was able to produce a takedown and a choke attempt, putting some more points in Andrade’s bank before the end of the frame.

Andrade went for the takedown and choke to kick off the third, Walsh defending well and getting back to his feet with 2:30 remaining. Andrade did end the bout back on the mat and in the top position though, sealing the win, which ups his record to 19-7. Walsh falls to 9-5.