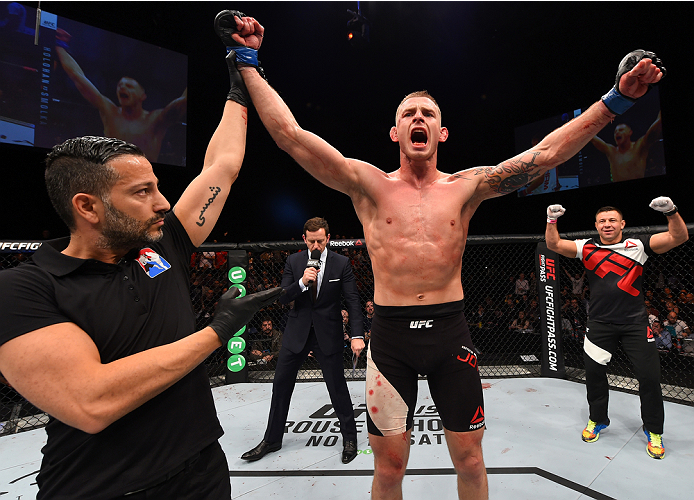 Nearly two years removed from the lone loss of his professional career, Krzysztof Jotko has not forgotten the night he got caught by a guillotine choke at the hands of Magnus Cedenblad, and he has scouted the man he will face this Saturday in London, Bradley Scott, accordingly.

“Bradley has really heavy hands and he likes to catch the guillotine,” Jotko said. “I have to be careful. One time I made a mistake and paid for it, and losing like this again, I will not do. Super Saiyan do not make the same mistake two times.”

The Orneta, Poland native may not have the spiked blond hair of the Dragon Ball anime character Goku that made the Super Saiyan transformation famous, but he has steered clear of significant danger and guillotine chokes since the Cedenblad bout, defeating Tor Troeng and Scott Askham in his last two bouts, putting him back in business at 185 pounds.
RELATED CONTENT: Krzysztof Jotko | Matchup with Bradley Scott

The only negative of his winning streak is that those two wins took place a year apart. It was a frustrating time for the 26-year-old, mainly because the two fights he lost in the interim against Derek Brunson and Uriah Hall both fell apart due to injury and a visa issue, respectively, and through no fault of his own.

“It was a really difficult and sad time for me, but MMA is my life and in the UFC, it’s a dream come true,” he said. “So I counted the time for my return to the Octagon and I never lost motivation.”

In October, he returned to win a hard-fought split decision over Askham, and it was the kind of victory that shook off the rust and got him in the race once more for a top 10 level foe. 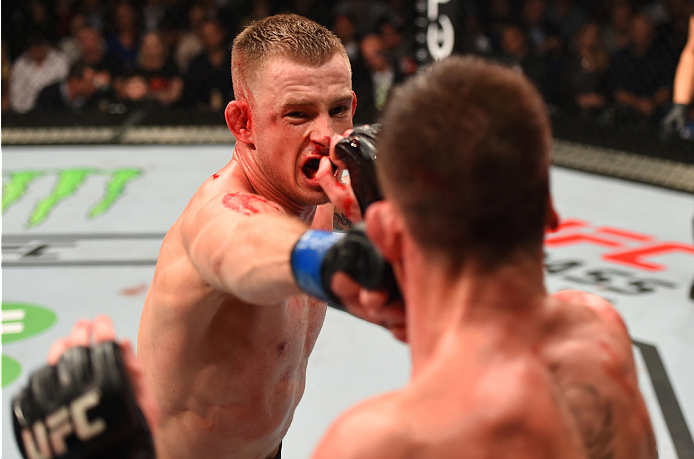 “The top 10 in the UFC has really strong fighters, but I have big ambitions and I want to pass the test this year and fight with someone from the top 10.”

A win over Scott will likely set that plan in motion, as a fighter with a 17-1 record and four UFC wins would be hard to ignore. Add in that Jotko is representing the burgeoning MMA scene in Poland, and he’s on the right track.

“MMA is very popular in Poland and there is increasing interest in this sport,” he said. “Everyone who trains wants to get to the UFC; this is the main goal of every fighter.”

Poland even has a world champion in strawweight queen Joanna Jedrzejczyk, and it might be safe to say that Jotko, who made his Octagon debut in 2013, helped open the door for his Polish peers.

“It's a great feeling,” he said. “I never even thought and did not believe that I could be in the UFC, but dreams come true with hard work and I am pleased to represent Poland on the global stage.”

And bringing another belt back home wouldn’t be bad either. It’s a goal he hopes to get done by the time 2016 comes to a close if his ambitious plans come to pass.

“Of course, I want a victory in my next fight, a contract extension, another fight with a fighter in the top 10, and at the end of the year, a fight for the belt.”